When Fayiz Muhammed stands on stage, with violin in hand, you can rest assured that the 22-year-old can coax the most melodious of notes — be it western or classical — a talent that has earned him quite a number of admirers and applause. Kochi-based Fayiz looks like any regular youngster, but what sets him apart is a huge dream that he is nurturing. The young violinist, who has performed at various stages in India and abroad, is all excited about an ambitious project that is slowly taking shape, step by step. Fayiz aims to travel to various countries and conduct a fusion musical performance with musicians from nearly 100 countries — a huge task, no doubt, but not an impossible one. He is already in talks with various musicians and is busy with the groundwork for the project, named Music for Global Friendship. Recently, director Siddique launched Fayiz’s profile video on his social media page and that video gives a brief glimpse of his immense gift with the violin.

Fayiz reveals that he has already made a mini trial run of the project he has in mind at the Global Village in Dubai when he was there as part of a film award ceremony, that saw many an A lister. Fayiz explains, “I had a chance to interact and jam with various artistes from different countries present at the Global Village and could give a performance with 44 artistes from various countries.”

After that successful run, Fayiz realised that he wanted to emulate the same in Kochi on a larger scale. So, he talked to various foreign artistes present, who were more than happy to oblige. “All the artistes were interested in Indian culture and music and on my part, there were a lot of  foreign musical instruments that I had not seen or heard before. So, I decided to showcase a musical instrument of each country with me leading the performance with the violin in each piece.”

This, he says, would be a musical fusion concert with participants from Africa, Russia, U.S., Belgium etc. He reveals that he can easily work out the same in Dubai, but would prefer to perform in Kochi.

Always curious and besotted with every musical instrument since a young age, it was the violin that ultimately captured Fayiz’s attention probably because he was told that it was the most difficult musical instrument to master. He says, “I took that as a challenge and joined Kalabhavan, Kochi, when I was 14 years and started taking violin lessons. I realised that playing the violin relaxed me, brought me peace of mind as well as entertained people.” Later, he started his own music band, Red Viola, with eight members while he was studying in a college in Aluva. 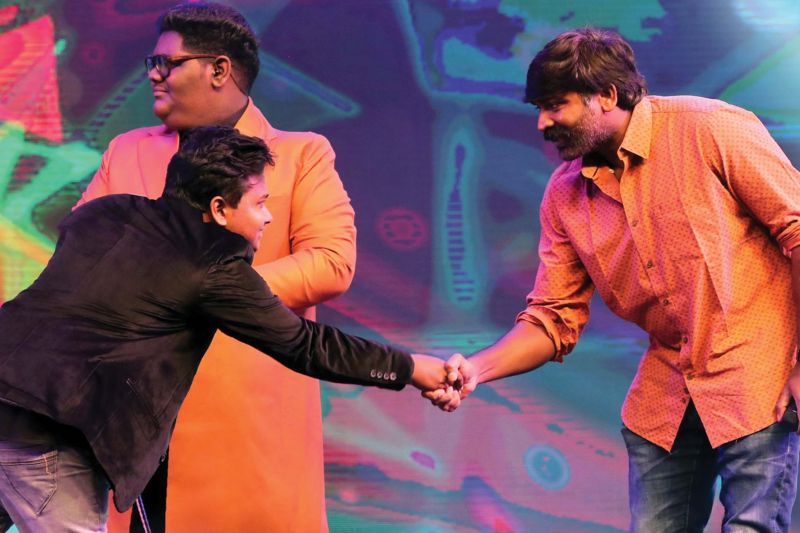 Fayiz has shared the stage with actors like Mammoootty, Mohanlal, Vijay Sethupathi, Dhanush, Prithviraj etc. and performed in front of Bollywood A listers like Ranveer Singh, Ayushmann Khurrana etc. He has also performed violin covers of popular Malayalam hit songs like Jeevamshamayi from the Tovino Thomas-starrer Theevandi.