Woman donates 2,000 ounces of her breast milk after delivering stillborn

Cruz-Chan, who is a lactation consultant, was able to surpass her goal in just three months. (Photo: Instagram/ @thewendist)

Wendy Cruz-Chan chose a remarkable way to honour the memory of her son whom she delivered stillborn. She began pumping breast milk right after three days to donate to babies in need. Cruz-Chan, who is a lactation consultant, was able to surpass her goal in just three months.

In a touching Instagram post, the brave woman revealed that she pumped for three to four hours a week. “I [have] pumped and donated 2,038 ounces of my breast milk to six babies. I [have] finally reached my personal goal of over 2,000 ounces in three months. Now it's time to end my lactation journey and concentrate on myself as I get my body ready for the next pregnancy” she wrote.

Apart from donating breast milk, she was also blessed with the opportunity to meet the six babies that her 16 gallons of milk fed. 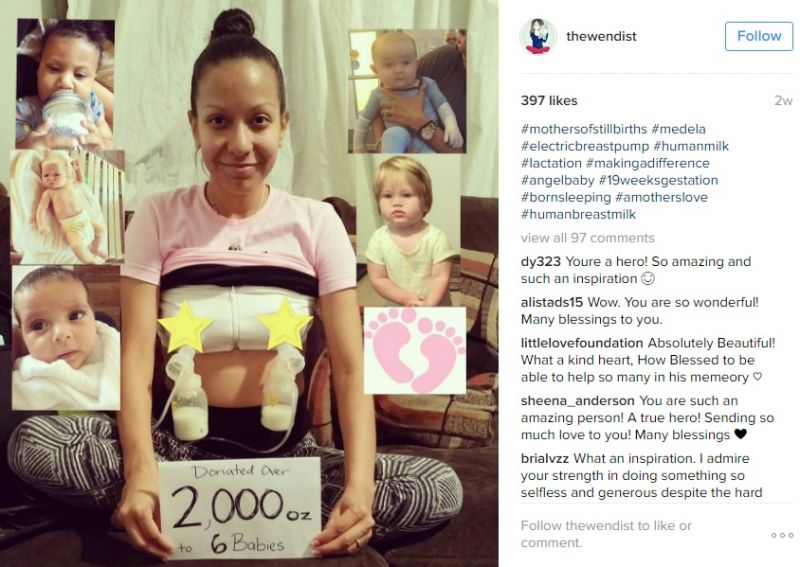