As a child, Aizya Naaz Joshi didn’t look forward to going to school as she, then a boy, was the butt of ridicule among classmates. “They used to mock my gait and pass demeaning comments such as, ‘dekh, chakka ja raha hai’. Even my mother would ask me to walk like a guy. But feminine mannerisms came naturally to me. I would cry and ask God why he made me this way,” she remembers. But life has come to a full circle for Aizya who won the title of Miss World Diversity 2018.

Though her recent achievement has made her the first transsexual woman to win a beauty pageant at an inter-country level, this isn’t the only feather in her cap. Earlier, she has won titles such as United Nations Ambassador (2015) and Ms. World Queen Ambassador (2018) among others, and has walked the ramp as a showstopper several times. But, for Aizya, the road to success wasn’t easy, for she has had to battle discrimination throughout her life. 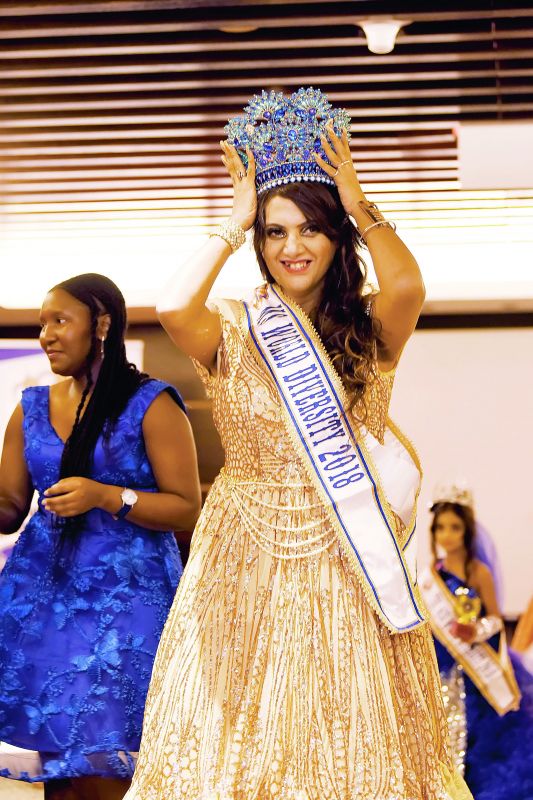 Aizya holds her crown in place.

At the age of seven, her parents, fearing that she would become the target of hate and discrimination in their locality, sent her to Mumbai to live with relatives.
But the family had limited means, so Aizya took up odd jobs to pay for her school fees. “But I was happy because though I would work in restaurants in the evenings, I got to study in the mornings,” says Aizya who is also the country’s first transgender woman to feature on a magazine in 2015.

This ability to see the bright side of things seems to be the Aizya’s special gift and has helped her get past the most trying times. 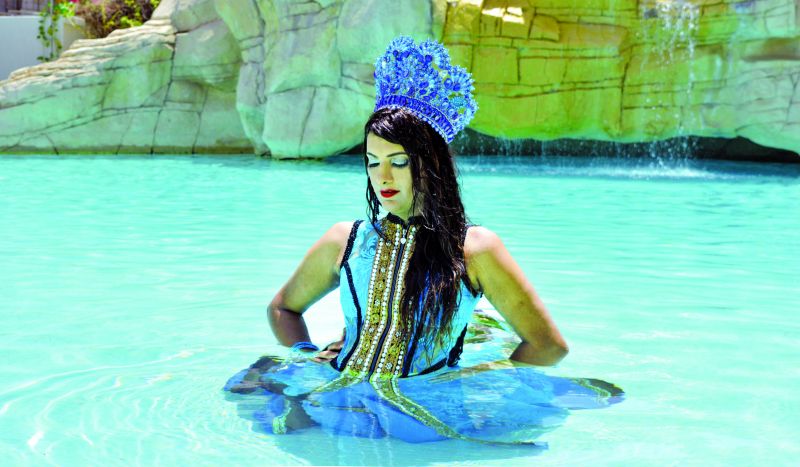 “When I was 11, I was sexually molested by my cousin. So I left the house and took up work as a bar dancer where I met a fashion designer who encouraged me to apply to the National Institute of Fashion Technology (NIFT),” she shares.

Though she cleared the entrance exams with flying colours, her years at the institute were marked with strife. “During the interview itself, I was informed that they did not have a third category. I had to choose between male and female and since I had not yet transitioned, I chose male. I had to wear men’s clothes and hide my true identity throughout the three-year course,” says Aizya.

Despite this internal conflict that confronted her daily, Aizya won the best designer award in her graduating year. The victory brought with it the opportunity to work with prominent designers such as Ritu Beri and Ritu Kumar. “But even there, I had to wear men’s clothing. Fellow employees would cast disapproving glances at me and this would make me feel very uncomfortable. So I left the job and started my own label,” reveals Aizya. However, she had to shut down the label and was forced to enter the sex-trade to sustain herself. “In 2013, when the Supreme Court recognised transgender as the third gender, I decided to undergo sex reassignment surgery after reading about it in a magazine,” she says. “I decided that if I transitioned, I would transition well, and completely,” reveals the model.

After surgery, Aizya’s life took a turn for the better. She re-entered the fashion world as a model and slowly, moved on to participate in pageants. These new windows of opportunity also brought along the acceptance she always craved for. “I clicked my first picture with my parents during the Miss World Diversity contest. I invited them to join me, as they had never been to a foreign country before. When they saw me getting crowned, they were extremely proud. Now, they not only accept me but also encourage me to keep pushing the boundaries,” says Aizya with pride.

This acceptance and love is what Aizya wants every child to experience, irrespective of their gender. “A lot of parents abandon their children because of their sexual preferences. They become victims of crime and prostitution. I want to tell parents to give their children an equal chance. Don’t abandon them as they need your love,” says Aizya. Now, she also dedicates her time to working on several social projects such as hosting talks on gender equality and women empowerment in villages, educating women about menstrual hygiene and aiding HIV positive individuals. Her pageant, Mrs. India Home Makers (MIHM) helps shine the spotlight on talented housewives. In the future, Aizya wishes to start her own NGO, which will work towards generating employment opportunities.

“When I was young, my mother narrated a story about a spider who kept trying to climb a wall. After failing six times, it finally succeeded. This is the story of my life. I’m the spider that didn’t give up,” concludes Aizya.