For the past six years, the inmates of the pediatric ward at Tata Memorial Hospital Parel, Mumbai, have something special to look forward to amid the extreme pain and trauma cancer leaves them with. With growing eagerness every week, they await Rajen Nair, who gives them lessons in photography and help them see the world is a new light. The doctors were too happy to insist Rajen to teach the kids photography as part of the TMH's Hope Programme, which, they feel, can help the children fight the disease with their willpower, which works faster than the medicines. Rajen was more than happy, not only because he was indulging in something very noble, but also as he knew how it felt when you are in a situation where the entire world seems to be against you. 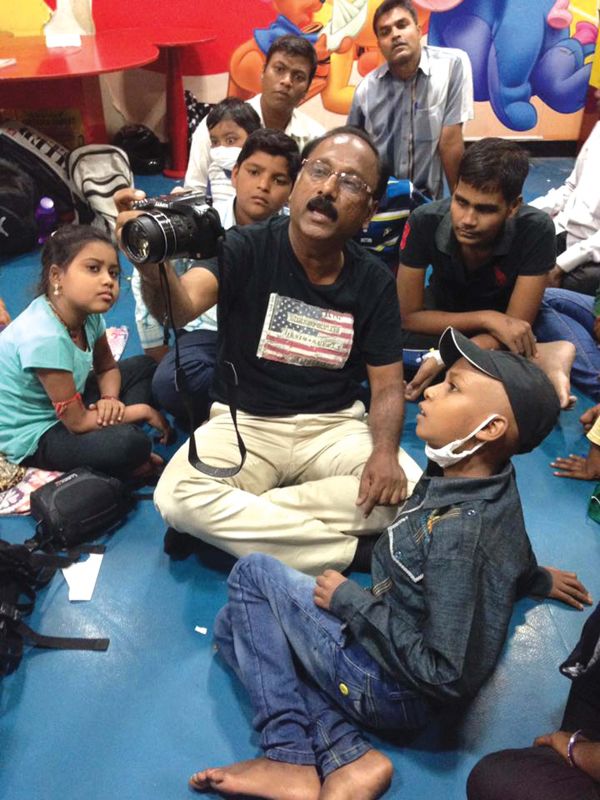 Rajen during photography classes with the kids of the pediatric ward of TMH.

It was in 2000 that Rajen discovered that he was finding it difficult to hear from his right ear. After consulting a doctor, he was diagnosed with atherosclerosis, a condition where the arteries of the ear thicken, leading to hearing impairment. Rajen was suggested a surgery, but unfortunately it didn't help this businessman who had a small trading company in Mumbai. Within a year, his right ear was completely damaged. The problems worsened when he was again diagnosed with tinnitus, nonstop buzzing or ringing in his other ear.

He had to wind up his business due to the ailments and was forced to find another means to earn for his family. Rajen understood that for a hearing-impaired, he is more dependent on his eyes for communicating to make up for the loss of hearing.

Sharing his feelings on what persuaded him towards photography, Rajen says, "Photography is all about eye, mind and hand co-ordination. I did a course in journalism and photography and started writing for a Korean website and later contributed stories for Guardian U.K. As my images started gaining appreciation, I strongly felt that the hearing-impaired can become good photographers and that I should share my skills with others as well. I began teaching photography by taking free classes on weekend in a school for the hearing-impaired and continued for three years." 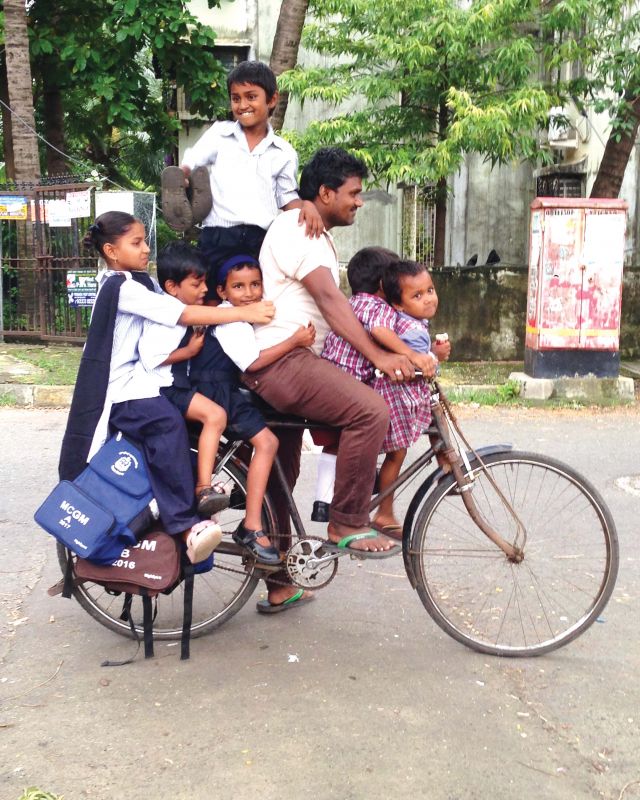 One of the photographs clicked by Rajen Nair.

However, things were not easy because he was taking classes for the hearing-impaired, physically and intellectually challenged and cancer-stricken children of Dharavi for free. His well-wishers showered appreciation on his desire to contribute to society. One of them donated him nine cameras collected from her friends in Australia so that he could use them for conducting photo sessions and workshops.

Rajen is now a freelance photographer and his bonding with the hearing-impaired has made him start a Facebook group, initially called Deaf Photography, but later changed to ‘Spreading light through Photography’. He had created the Facebook group, consisting primarily of hearing-impaired, cancer patients and survivors and physically-challenged persons. Later on, many artistes, photographers, writers, teachers and others joined the group, which now has more than 2,500 members. Those outside Mumbai can get in touch with him and take online photography classes. Besides, he has started the WhatsApp groups Deaf Photography for the hearing-impaired and Warrior Photography for cancer-affected children.

“I want the hearing-impaired community and the physically-challeged to integrate to the mainstream society, which will help them progress in real life too. Our Facebook group is a platform for the disabled and cancer effected children learning photography under me to show case their creative work to the world and get inputs from them by the means of likes and comments,” adds Rajen, who loves to travel and capture realistic moments of life.

Rajen is overwhelmed by the fact that many of his students, especially the hearing-impaired, are taking photography seriously and many of them made it a career option. Many of his students have purchased DSLR cameras and shoot small events like birthday parties and college events. Recently, one of his students from Goa, an enthusiastic photographer, had taken part in the workshop he had conducted and decided to join a three-year professional photography course.

He adds that along with the happiness he gets by teaching these students, he also faces grief when he loses the kids to whom he is very much attached, to cancer. He was very disturbed when two of his students, aged 13 and 16, lost their life to cancer relapse. Rajen, however, continues his journey of bringing happiness and optimism to these children through photography.