Auli, a small ski-town of Uttarakhand, has been in news last week for all the wrong reasons. South Africa-based business tycoons Gupta brothers had  prepared the land for their two sons’ wedding. With costs hitting a whopping Rs 200 crore, the preparations included Bahubali-inspired sets, construction of luxury tents, chopper transfers and Bollywood performances by stars like Katrina Kaif, Urvashi Rautela, Kailash Kher, Sana Khan, Kanika Kapoor and Badshah. Many Bollywood artists were, reportedly, to be ferried to the venue by road, flight and helicopters.

However, following up on public interest litigation (PIL) around the ecological concerns, the Uttarakhand High Court prevented operating of helicopter services for guests and construction of a helipad in the hills. The double wedding of NRI Gupta brothers’ was already under the scanner for being held at an altitude of 10,000 feet; and then a group of 13 officials closely monitored and recorded the event as per the strict orders of the Uttarakhand High Court. 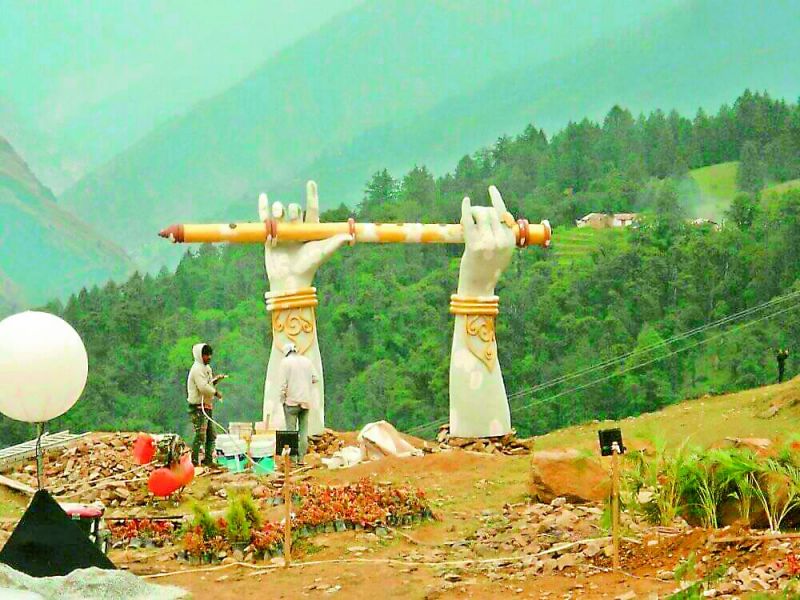 Speaking about the  wedding in the hills, Nitin Arora, MD of Katalyst Entertainment, whose company  executed this massive wedding at the hills, said, “The location, altitude, approach and logistics, all posed a numerous challenges for us. It was a task to persuade artists to make the journey from different parts of the country. It takes 20 hours by road from Delhi, or flight to Dehradun, Uttarakhand from elsewhere, followed by 14 hours to Auli by road to Joshimath, or 45 minutes to an hour by chopper,” informs Nitin.

The hysteria around the wedding also created outrage on social media and many environmental activists were upset about the huge sets and tents in remote hill locations where even trekkers are not allowed to stay overnight. According to Ashley David Cusher, an advocate with Bombay High Court, the HC had issued the direction in 2014, which applies to the Auli area in Joshimath sub-division of Chamoli District. “The government circumvented laws and regulations for reasons best known to them. It is unfortunate and even worse that the central government is quite about it. These kinds of functions would also set a very wrong precedent,” he laments. 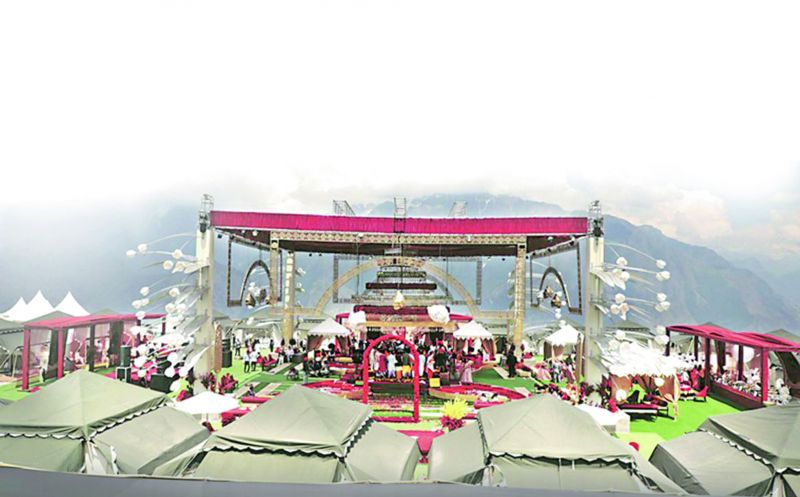 The advocate also adds that the measures suggested by the Uttarakhand State Pollution Control Board to minimize the damage to the fragile ecology of Auli does show a possibility of environmental degradation causing permanent damage that would cause ecological imbalance. “Failure on the part of Chamoli’s DM in taking any action against the brothers for violations of guidelines and compliance may necessitate proceedings against him for non-compliance of the court’s order,” adds Cusher.

Wildlife thrown in the wild

While it is clearly a legal loophole, environmental activists are upset with the Uttarakhand government for having permitted the large-scale wedding in an ecologically sensitive area because the region is known for protected flora and fauna in danger of being destroyed by drastic climatic changes. Incidentally, as per environmental experts, none of our laws protecting the forests are preventive; they are merely punitive.

Sharing his despair at Auli’s hopeless situation is environmental expert, Debasish Roy. “Either the officials are looking the other way or they’re corrupt because administrative laws are not reflecting the legislated laws. If one billionaire does it today, what’s stopping others? But the problem is that wildlife has no lawyers to speak up for them and the only thing protecting forests is culture and not laws. Sadly, exploitation of the forest areas is so lucrative and the punishment fines are so low that the green belts usually suffer. And our laws lack teeth,”  says Debasish.