Puzzling photo of a couple embracing each other goes viral

Viewers try to figure out where the man ends and the woman begins. (Photo: Imgur/JDssSme)

A photograph of a couple embracing each other has recently gone viral on the Internet. The people are trying to figure out who stood in front and who stood behind.

As you look at the picture you will realise that it’s very difficult to tell where the woman begins and man ends. The legs of the woman seem to be in front of the man while her torso is behind him.

The image went viral after user Blood_Reaper uploaded it on Imgur.

The image was captioned: “My brain hurts...” 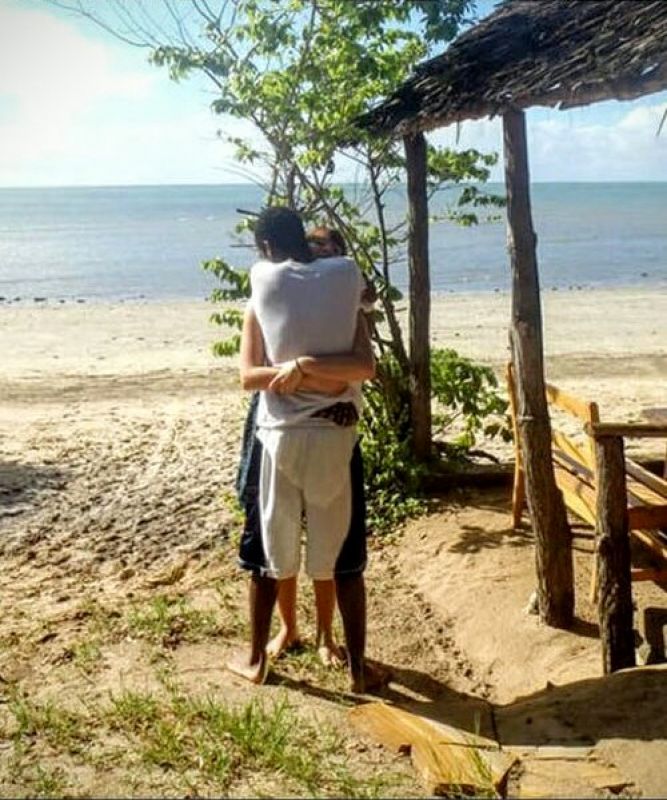 All the people were puzzled looking at the picture.

One of the user Bigshaggybutts commented, “Honestly it took me a good minute to realize what was happening as well. Stupid brains!”

Another user WhatTheF***sALommy wrote, “It's crazy how I understand the picture now, but even still at quick glance my brain can't comprehend.”

However, Bigshaggybutts came up with a logical explaination, “'His shorts are two colors. White in the middle, black on the outside.”

This picture has got over 1.9 million views and people are talking about it.