Heads bow to the razor

Hair has long been a coveted feature of the sanskari nari. Indian mythology and folklore are filled with descriptions of long black tresses, and every daughter has fought off a frantic comb-toting mother, at some point in her life.

But nothing’s cooler than seeing a friend or random stranger with a shaved head, ignoring the dozen stares coming her way. Bollywood actresses like Shabana Azmi, Nandita Das, Lisa Ray, and others have dared to adopt the look in the past, and Chennai is not that far behind either. Youngsters in the city are opening up about their experimentative side, going entirely bald or shaving off sides, and even trying out hair tattoos!

Hairstylist Sushanth Shyamsundar says that there are a lot of different ways you can carry this style — from undercuts and half shaves to minimalist shaves that enhance a previous look. “A lot of women look really good with a bald head and it gives them a lot of confidence and a new ownership over themselves,” he says.
Singer Sofia Ashraf is also known to have gone bald — not once, but three times! “The thing that triggered it for me was this wedding I had attended. I was wearing the half saree and some people went ‘Oh, when will you get married?’ After that, I returned to Mumbai and shaved it all off. People reacted so well. I became more social as well. Any inhibitions I had went away,” she says. Will she go bald again? Not now, she tells us, revealing that she wants to try silver hair colour next. 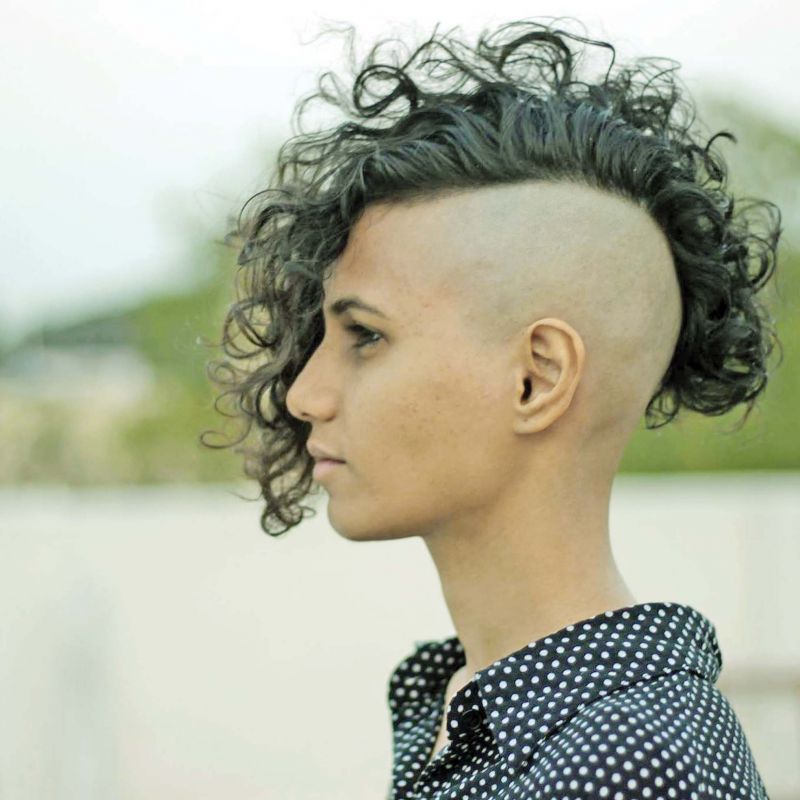 Anjaly Ariyanayagam tried the half- shave recently and is loving it. The creative head for a well-known firm tells us that it was quite impulsive — she didn’t know she wanted the half shave until the razor was less than inches away from her hair. “It’s an interesting experience. I sent a picture to my mom, who called and asked if it was Photo-shopped, and why didn’t I go fully bald? She’s cool with it, but would rather not deal with the neighbours,” laughs Anjaly.

It certainly gets a lots of hilarious reactions. Laxmi Priya, a philosophy and humanities student, went bald just last year. While most people she met took it well, she had an interesting experience with a lady in a share auto. “The woman, who was with her baby, wouldn’t enter the auto because she wasn’t sure about my sex/gender, even though I assured her that she’s had nothing to fear from mesafe!” Laxmi grins. What’s the best part about going bald? “I could feel the breeze, literally, over on the top of my head!” she concludes.