Walk with these crazy foodies

The six members of Keralafoodie

Ensure that your hunger pangs are satiated before you start reading further. Other than your love, what has made you travel hundreds of kilometers just for something you have seen a photo of? There could be many who would answer food. Hardcore foodies are known to traverse kilometres and kilometres to just taste a novel dish that they have heard of or seen a picture of.

Thrissur native Govind P. is one such who sees nothing of just taking off with a group of friends to anywhere in the country to taste elusive food. He not only satisfies his palate but also posts photos of the dishes on social media, naming the eateries and locations. Is it any wonder that ‘Keralafoodie’ managed by Govind and his team of five which started in 2016 have 88.5 K followers on Instagram, 1.05 followers on Youtube and 1.4 K subscribers on Tik Tok? 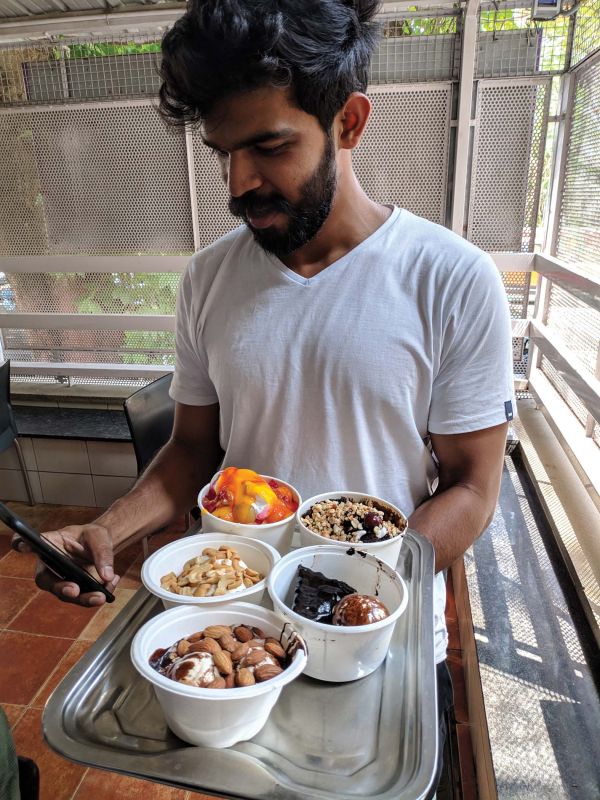 “We were originally a small group who started off as dedicated foodies who wrote about food. Slowly, the members dwindled because some of them got married and moved away,” begins Govind, who continued visiting and writing about various eating joints.

At a time when Instagram was a less-explored territory, Govind started using the medium and soon started getting enquiries from a large number of interested people. That led to a Foodwalk which he conducted in Fort Kochi with 30 people. Govind shares, “We split into groups visiting famous hotels speaking to patrons and writing about their food.” The success of that food walk resulted in more people joining. Currently, the administrators of the account include Akhil Raj, Vishnu N, Karthik Janardhanan, Sreejith and Ramesh.

Govind travels far and wide to find and chronicle appetizing dishes in their entire flavor — “Goa, Delhi, Mumbai, Madurai, Meghalaya etc,” he says and reveals some of his findings during the course of those travels. “In Meghalaya, the use of spices is very limited. It is mostly turmeric powder, bay leaves and pepper powder.”  Mumbai, he says, has a mixed food culture, “I love the food from the Iranian cafes there” says Govind, who usually travels alone or with a member or two. “The best Maharashtrian food is in Pune. What I love about the food in Kerala is that each district has got its own special dishes and cuisines.”

Govind and his team are planning a food walk in Kozhikode in which 30 members can enroll.