Nothing gets in his way

Shihabudheen’s official Facebook page welcomes you with a cover photograph made up of a number of sticky notes with positive messages and quotes on it. True to the words on the photograph, it is hard to demotivate Shihabudheen C.P.
He was born with  ‘tetra-amelia syndrome’, a rare disorder characterised by the absence of arms and legs. But that did not stop him from braving the odds Currently a student at Calicut University pursuing English Literature, Shihab talks about how he made margaritas when life gave him lemons. Only 24 years old, Shihab is the fifth among seven children. Today, he is a motivational speaker, dancer, musician and an artist. Shihab speaks of how he decided to do things differently. “I was born with this condition. There were days when I used to sit at home and not do anything. I realised one must do something to live and exist happily. So, that is how I started drawing,” he says. Shihab started drawing when he was in class 8.

“I used to draw when I felt like drawing, that’s all. I never went for classes. My confidence grew after I learnt to draw. I could hold the brush in my mouth and draw. With that, I decided to pursue education. I used to conduct painting exhibitions long back. But right now, I just paint for myself,” he says. Shihab loves science and wanted to give engineering or MBBS a shot. “But knowing fully well about my limitations, I took up literature,” he says. Shihab is a full-on entertainer. He has been a part of various Television reality shows. “My first reality show required me to do everything that a normal person would have to do. I was with 18 other normal people,” he says. Shihab went onto win that reality show. “That victory gave me more confidence. I started feeling that more than our financial or family background, it is our mind that is the most powerful thing,” he adds. 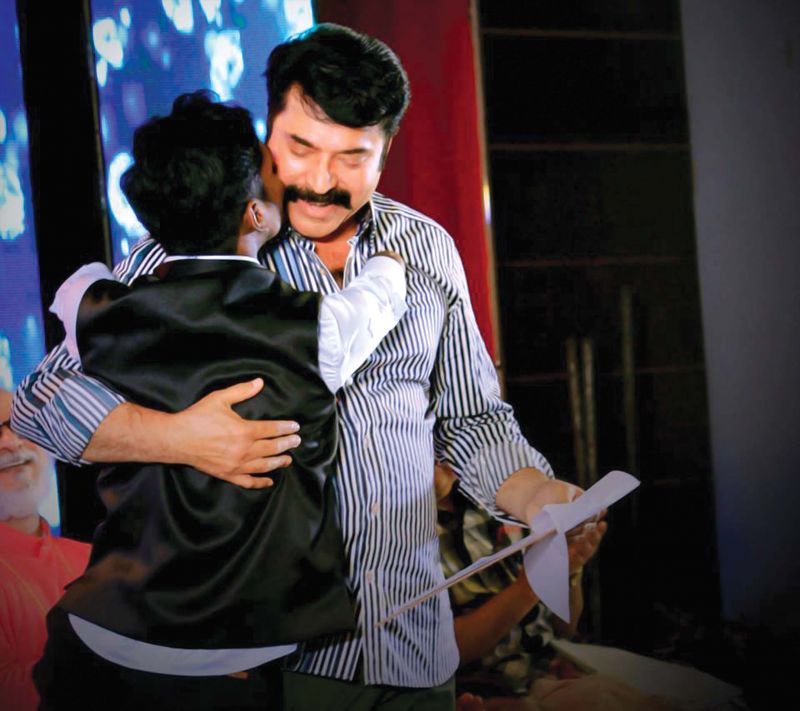 Soon Shihab gained a huge fan following. He decided to pursue dancing and went onto participate in other reality shows as well. Elaborating on how he became a motivational speaker, Shihab says, “Back when I was in Class XI, I was always asked to speak during occasions. I realised that teachers and students used to like it when I shared my stories. My teachers told me my experiences were a source of inspiration for many students.” Shihab has donned the hat of a motivational speaker in over 600 events, including ones at  IIT-Madras and Jadavpur University, Kolkata. “I am really happy I got an opportunity to speak at these venues. I am most happy when I am able to bring a change in the lives of others,” he says. Shihab is also a musician. “I am currently learning the drums,” he says with ease, adding, “I play the piano and I am also learning to play the violin, with the help of a specially made stand to hold it. ”   Shihab’s idea is to give a shot at the things he want to do and be happy in life. He is also the recipient of  the Phoenix Award given by a popular TV channel. “Actor Mammootty gave me the award,” he says. Shihab adds excitedly, “ I have met a lot of actors. I am yet to meet Lalettan (Mohanlal). I will meet him this month at Ernakulam as part of a TV show. One of my big dreams is about to come true,” he signs off.