There’s many an enemy at the gates, not just militants from Pakistan. Terror apart, there is the fear of some viruses too sneaking in. Take the case of polio. India was declared polio-free on March 27, 2014. But surveillance programmes are continuing in India as Pakistan and Afghanistan still have cases of polio incidence.

To make matters worse, Pakistan is not getting cooperation from its own celebrities in the fight against this disease.

Actor Fawad Khan, who lives in Lahore, recently allegedly resisted a move by authorities to give oral polio vaccine to his daughter. Eight cities in Pakistan have recorded active polio transmission. A polio case was recorded in Lahore region, too, following which government officials were administering oral polio to all children aged zero to five. 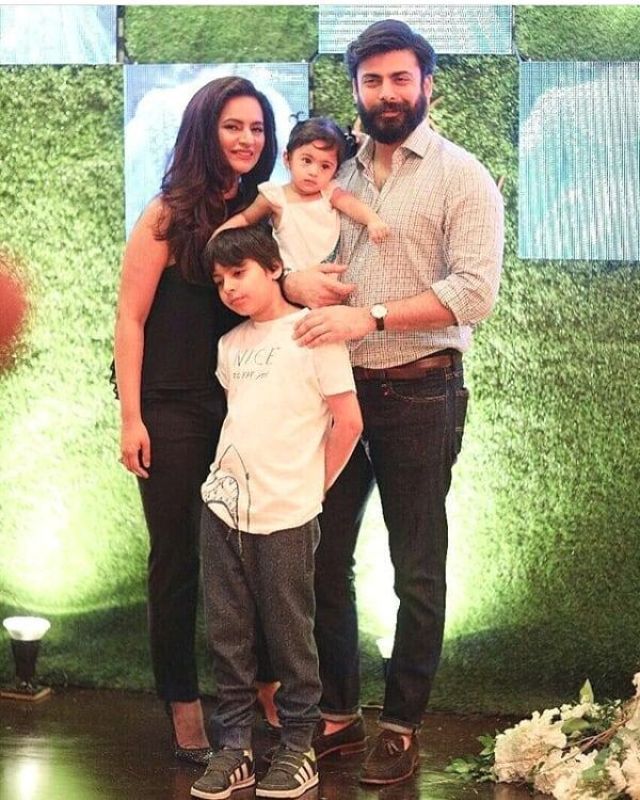 But instead of co-operating with the anti-polio team, Fawad and his wife Sadaf Khan insisted on getting Elayana Khan vaccinated in London. They and their driver even misbehaved with government officials. Dr Krishna M. Ella, founder and owner of Bharat Biotech International Ltd, explained. “It is very disheartening to see a public figure like Fawad Khan refusing to vaccinate his child. By behaving in this manner, they have shown that they do not trust the public health system in Pakistan, which is very wrong.

The programme is being carried out by government bodies but is being monitored by international agencies like the Unicef and WHO,” Dr Ella said. “Public celebrities in Pakistan must come forward and support the programme, as Pakistan has to strongly deal with polio and also typhoid. Both these preventive diseases are the cause of disability and death in young children and vaccines help prevent it.”

There is no oral polio vaccine given in Europe as the wild polio virus has been eliminated from that region. While there are many theories around why parents do not have faith in vaccines, one of them suggests that is a way to conform the community believes. Parents who do not get their children vaccinated convince other parents to do so, resulting in a chain of beliefs against vaccination.

Senior paediatrician Dr Hima Bindu at Niloufer Hospital said, “Safety of vaccines is a guarantee as it has helped in eliminating the disease. To refuse a vaccine means there is a need to create awareness and sensitise people of its benefits to children. The vaccines in India are working now because we have a massive awareness programme along with community participation to ensure each segment is covered. To avoid these incidents, the Indian model is highly recommended in international circles to win the war against preventable diseases.” Fawad and wife Sadaf are not a rare case.

In January Washington Governor, Jay Inslee had to declare a state of emergency when 50 cases of measles occurred in southwest Washington state and northwest Oregon and run strong campaigns to influence families into getting their children vaccinated.

Meanwhile
An FRI was filed against actor Fawad Khan and his wife on Saturday for not cooperating with the health administrators. However, the actor issued a statement on Sunday saying that the FRI was “manufactured” and neither he nor his wife were present at home. He has also sent his daughter’s vaccination records to media houses to show that her vaccines are all given and up-to-date.