Image of its May 2017 issues featuring US President Donald Trump were expertly stacked to create an unusual optical illusion.

PsBattle: Trump screaming in a stack of newspapers from r/photoshopbattles

Reddit users soon got inspired to showoff their skills with the image.

The most popular of them all was the scream version:

Here are some other epic creative creations that may shock and inspire.

2.  Leonardo di Caprio goes from chatting with a fan to sitting beside Jack Nicolson

3. Trump drinking water is made into something far more frightening

4. Michelle Obama goes from planting a tree to doing the heavy lifting to get a Christmas tree. 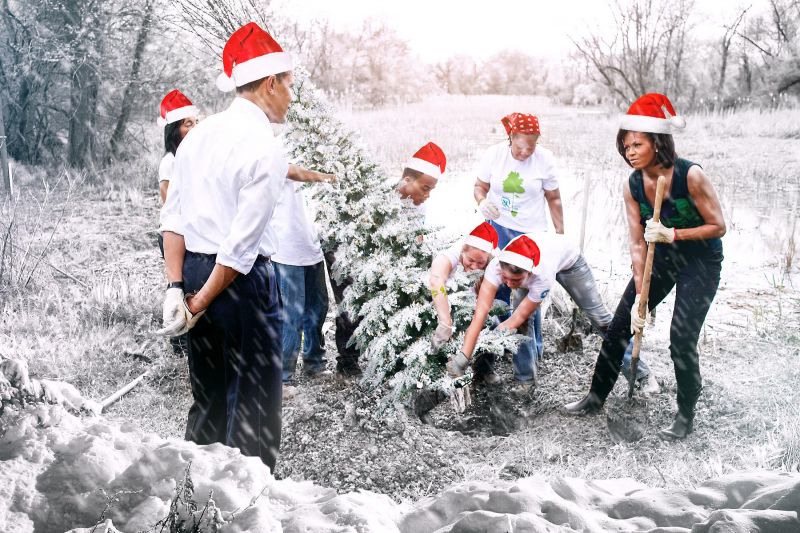