“Guess we won’t be filtering just criminals now,” is among the messages on their recent updates which announces the department’s debut on Instagram. It’s not just this “punny” message that has left Bengalureans in splits, there are a whole lot of other witty social media posts that have impressed city folks. Yes, we’re talking about namma ‘Bengaluru City Police’ who’re reaching out to people through their uber cool updates. Having become the first police department in the country to get on Instagram, their Facebook page and Twitter profile too have managed to garner attention. With messages like “Athithi Devo Bava. Park it Wrong. Be our Guest,” they’re only getting funnier by the day.

Freelance content strategist Geetanjali Chitnis, who follows BCP’s updates regularly, says, “I really enjoy them because their sense of humour is what makes the message stick in one’s head. I think that’s important for a department like theirs. It’s interesting for me as I come from a digital marketing and content  background and know how important it is to truly understand the audience – what issues they face, and more importantly, what tone they react to.” She feels that traffic and crime are serious issues that plague our lives every day and adds, “They’ve found a way to get their message across without resorting to posting boring updates. My favourite one is about how they tell citizens that if auto drivers overcharge them, they can complain and they’ll turn off the ‘wanandaff’ (one-and-a-half).” 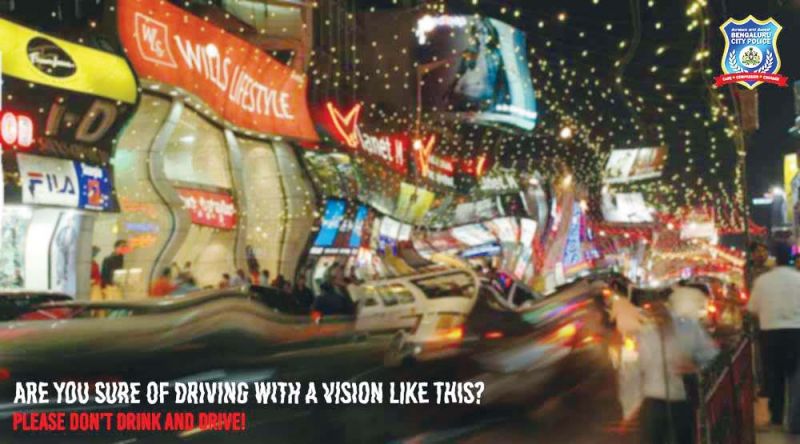 Rakshith S Ponnathpur is also mighty impressed by namma police’s social media presence. “They keep reinventing themselves with new strategies and go that extra mile to strike a chord with people. Our generation loves to consume anything and everything happening around the world through humour. Satire, memes, funny one-liners are preferred to preachy articles and lengthy, opinionated editorials. So when they talk about crimes like betting, drunk driving and drug peddling for which the main target audience is our generation, there’s no better way to engage them.”

The engineering student also reveals that he’s been a personal benefactor of their online updates. “I have a screenshot of Commissioner Praveen Sood’s tweet saying traffic police shouldn’t stop vehicles for routine document verification unless a visible violation is committed and even if they do, we’re not bound to show our documents. By showing the picture, I’ve talked myself out of such situations and saved myself a lot of time and tension,” he says.

While numerous people are leaving their complaints on BCP’s pages, a lot of them are trying to see the positive side to their progressive steps. Business woman Anusha B, says, “One of their posts reads ‘Dear bookies/gamblers, while Royal Challengers will Play Bold today, you guys can only try. We’re watching you.’ That was a hilarious way of getting out an important message. They’re trying their best and we should appreciate it. Hopefully, this will change the system for the better.”