Elders of a village in South Africa have proclaimed the beast to have been ‘sent by the devil’ Himself! The ‘beast’ which looks like a half-human-half animal was given birth by a sheep. Many of the 4,000 odd residents and farmers of Lady Frere in Eastern Province, South Africa are convinced that bestiality and witchcraft led to the birth of the creature. 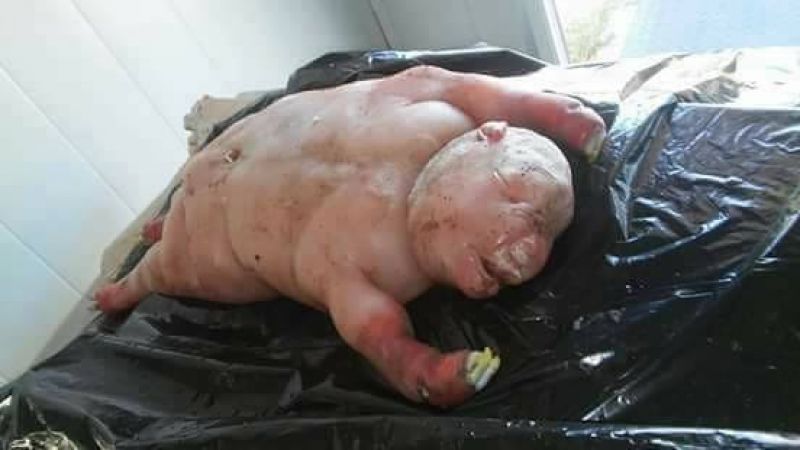 Sheep have 28 pairs of chromosomes while humans have 23 pair

The panic in the small hamlet soon led Eastern Cape Department of Rural Development send out experts to carry out tests after pictures of it spread like wildfire through the community.

The Chief Director of Veterinary Services Dr Dr Lubabalo Mrwebi admitted that much that at first glance it did resemble a humanoid like shape but clarified that it was not part human. 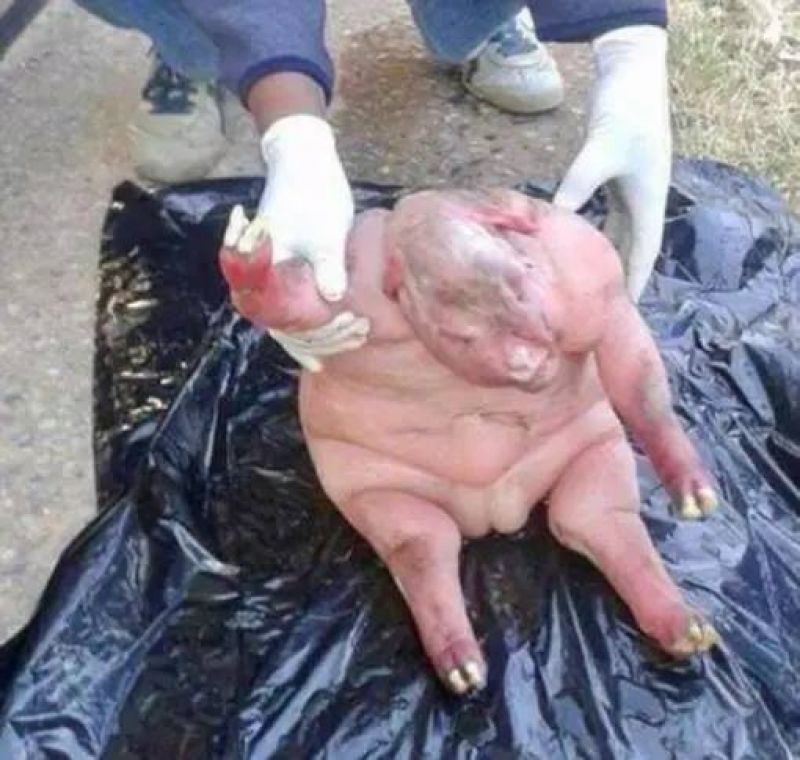 He said, “We can confirm this not a hoax photo but that the severely deformed lamb was born by a sheep in Lady Frere this week which at a glance resembles a human form.”

It turns out that the animal in question was nothing but a stillborn lamb sired by a sheep that had subsequently been infected by a Rift Valley Fever at an early stage of its pregnancy. 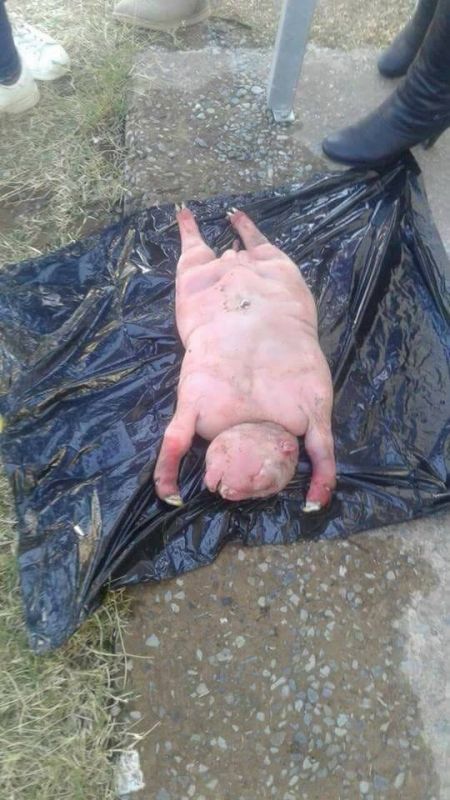 Mrwebi said it was a time of plentiful rainfall which brings with it many mosquitoes and midges which are carriers of viruses that cause the Rift Valley Fever in sheep.

Dr Mrwebi concluded: 'It is fair to assume, therefore, that the sheep was infected by the RVF virus. 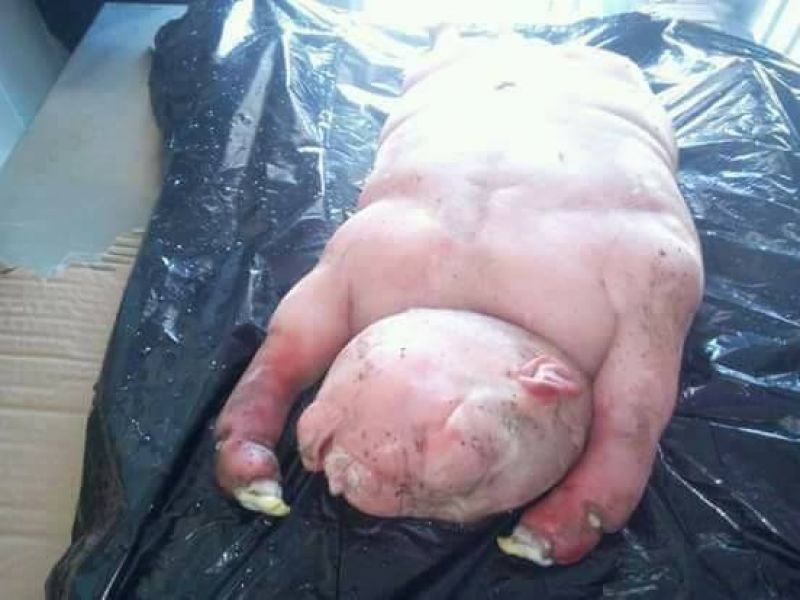 Doctors say, while it does look humanoid, union between man and sheep bearing fruit is impossible

“The resultant circulation of the virus in the blood found its way through the maternal blood into the uterus and the foetus, which was at a very critical stage of development. The infected foetus then, as a result, failed to form properly, leading to the deformity that it became. It does look like a human form but it is not part human at all,” he said.

It is worth mentioning that a sheep has 28 pair of chromosomes while humans have 23 pairs and a union between the two, bearing fruit, is next to impossible.