Shijith V.P. explains his documentary during a presentation recently.

KOZHIKODE: A Vadakara native and IIT Hyderabad PhD student Shijith V.P. has been for last three years working on a particular community in Maharashtra where girls never got feminine names. His search ended up in a documentary, which received a good appreciation on its first screening on his campus recently.
Nakusa: Unwanted is my Name focuses on the peculiar naming practice and its disastrous consequences for girls and women. “It was during a renaming campaign in 2011, the dire state of the girl child in this community came to light,” he said.

Several parents have named their girl children as Nakusa/Nakoshi, which means ‘unwanted’ in local Marathi language, believing that it would give them a boy the next. “I came to know about these people when I was doing my MPhil in Mumbai. Since my inclinations were always towards social works and photography, I decided to document their life.” ‘Nakusa’ girls are experiencing discrimination and socio-psychological problems of an unimaginable magnitude, he says, and it clearly is a reflection of how low in esteem a girl child is held in the society. 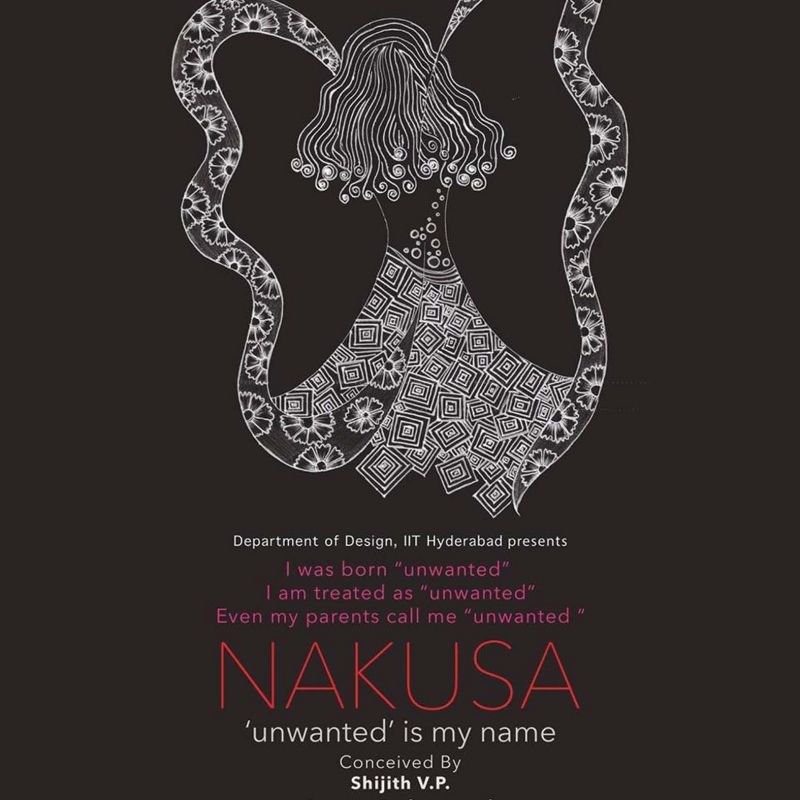 “My documentary is purely an exposure of the unpleasant reality of persisting gender discrimination and deep-rooted manifestations of patriarchy,” he said. Based on real life situations captured from the villages of Satara district, the documentary effectively portrays the sad lives of ‘unwanted’ girls — the living victims of the crudest form of gender bias. Social work activists Sunitha Krishnan was among his first audience, and she widely appreciated his efforts.