Rap is the new rage

Gully gully mein rap hai, all thanks to Zoya Akhtar’s latest release, Gully Boy, which sees an effervescent Ranveer Singh mouthing off slick lyrics to even slicker beats. And though the film is inspired by the life story of two of Mumbai’s OG street rappers, Divine and Naezy, the film has succeeded in taking rap to every corner of the country.

Apparently, even politicians have decided to turn to rap to rake in the votes. In the run-up to the General Elections 2019, both the Congress and the BJP, two of the most ferocious contenders in the race, have each come up with their own rap tracks, which do a great job of glorifying their respective parties while throwing shade at the other. 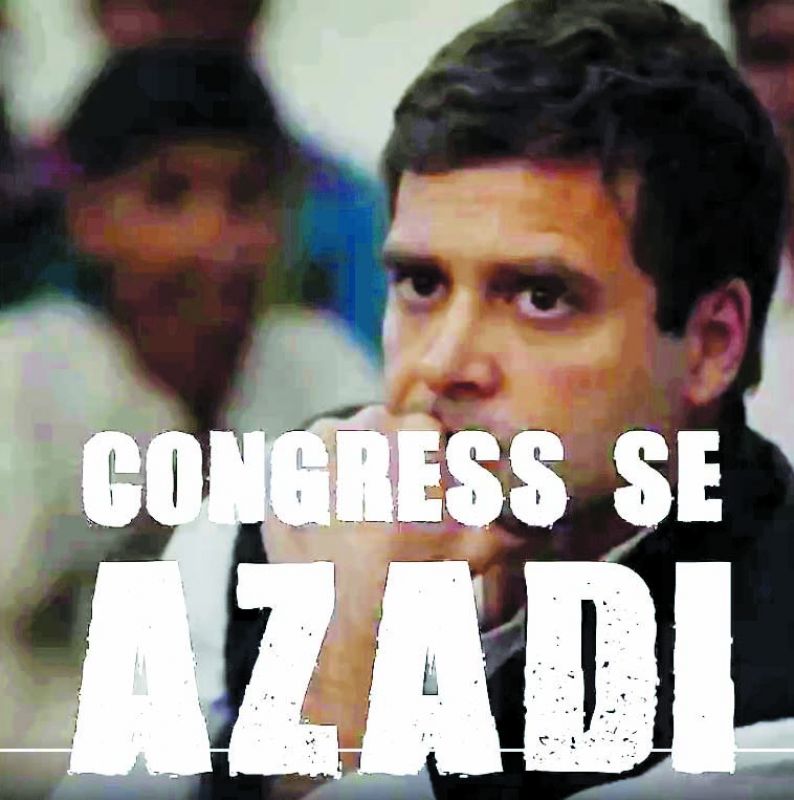 Then, on February 13, the BJP let drop Banda Apna Sahi Hai, which was nothing like their previous rap track. While the previous video, made up mostly by furiously assembled montages, looked quite amateurish, this one has all the makings of a well-made music video, complete with baggy clothes-and-goggle-wearing rappers, badass hip hop moves and of course, the trademark ‘gully walk’. The video even ends with a rousing phrase — How’s the Josh? (“High sir” is the automatic reply), and of course, Jai Hind. 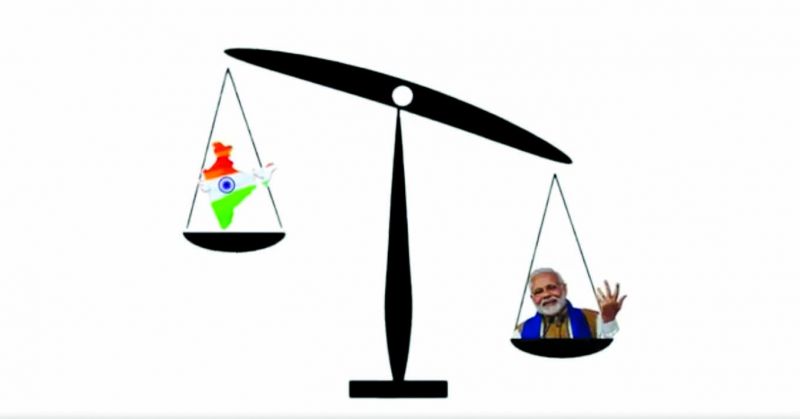 Still from the Congress’ rap video on “Azadi”

These tit-for-tat moves have sent voters a clear signal that rap songs are now a part of mainstream political campaigning. Rapper Tony Sebastian from Dopeadelicz says that rap is the perfect conduit for exploring political issues because of the nature of the genre.

“The idea behind rap is to talk about what is happening in society and bring about change, which is exactly what political parties are trying to do through their speeches” explains Tony.

Congress spokesperson Jaiveer Shergill feels that rap songs are a great way to connect with the youth. He says, “It is an effective tool for connecting and communicating with the youth. To catch their attention span and imagination today, we have to communicate in a language that they understand. The definition of politics being attached to serious business is changing at a fast pace.”

Echoing this thought, the official spokesperson of the Congress, Manne Krishank says, “Young voters were given bundles of promises by the BJP during their 2014 election run, but after coming to power, they were significantly ignored. With the help of social media platforms, we are making rap music with short videos on the failures of the BJP because we believe in both the hosh and josh of the yuva of this country who can raise and put down governments.”

However, BJP spokesperson Keshav Upadhye refutes the allegations as he asserts, “Basically, the BJP is always with the young generation. The language of the youth is different and we work according to what's trending with them. Also, a lot of young people follow the BJP and support its ideologies, so the response to these videos has been great.”

BJP spokesperson Shaina NC is quick to clarify that though the BJP has its fair share of trendy videos, the party is careful not to go overboard and become an ‘entertainment party’. “The BJP comes up with trendy things that actually talk about what we have done and what the issues are. But while we have a vision that is expressed in a language that appeals to the youth, we also have to distinguish between serious political issues vis-a-vis being an entertainment industry,” she says.

Whenever election are around the corner, political parties use whatever medium they have to get message across, or to campaign. Previously traditional tunes were popular. But now it seems that rap is being used.  The question is not of whether it is hip hop or rap or any other kind of medium which is used.The question is the content.  The political bosses of parties should ensure that no unparliamentary language is used to criticise opponents in these rap songs. After all, the theme is set by these leaders of political parties.
-- Amjed Ullah Khan is Ex Corporator and youth leader of Majlis Bachao Tehreek

It is interesting and different. But not sure there is a different message. The BJP is all about the PM not issues. It's time we make elections about issues and not a person. Atleast congress is about freedom but still centered on Rahul Gandhi. I would assume this will get younger folks interested in seeing the videos.
Anu Acharya. CEO, Mapmygenome Co-Founder, Ocimum Biosolutions.

From the early nineties, the Indian audience, especially youngsters started listening to Indian rap. Some tried to sing rap for a campaign or social cause without any affiliation to anyone. As it caught the imagination of the youth, political messages, satire and criticism have often been presented in the form of rap. Now, with the elections approaching and the nation tilting towards Narendra Modi, Indian youth continue contributing in their own ways through songs and street plays.
— Harish Khurana, Spokesperson, Delhi BJP

Rap videos are the new rage of our younger generation. In the digital era, a large number of youth try to express themselves through various platforms, which not only provide them ample space in the digital domain, but also help to spread their message. Of late, many rap videos of politicians are making the rounds. But these are produced by individuals, and have nothing to do with the leaders of the national political parties. So one should be very careful while forwarding such stuff as they could harm the reputation of any senior politician or veteran actor.
— Chatter Singh, Congress Leader