Humour for the young at heart!

By comparing the buttons of your shirt to CDs and your spectacles to monitor screens, Rajesh Hinduja will help you bring laughter back into the mundane things that make up life in the IT city. The “ancient fellow,” as he likes to call himself, will put a smile on your face and ensure it stays there – Rajesh, who just turned 60 made his debut in the comedy circuit some five years ago. As he puts it, the talent was so latent that it took a while to emerge, but, “it’s never too late to realise your passion and get going with it.”

While the sights and sounds of a Bengaluru afternoon unfolded around us, Rajesh sips on a glass of ginger tea (without sugar) as he talks about his life. Every morning, he heads to Lal Bagh for a long-ish walk and arrives at the meeting still in shorts and sports shoes. “He likes to charge the batteries with a coffee at MTR before heading out for his walk, he says with a smile.

Rajesh was born in Chennai and moved to Bengaluru when he was about eight years old. He has been here since. Having lost his father when he was still very young, Rajesh’s childhood was taken from him early, faced with a number of adult responsibilities that took his time and all his focus. In 1984, he entered the furniture business, where he stayed until quite recently. In all those years, he had never really encountered the stand up circuit, which, granted, was very small. Six years ago, a cousin from the United States asked him to give it a try. “Until that point, my knowledge of standup comedy was restricted to the occasional talk show on TV and some faded memories of an old inclination for puns, back when I was in school. I was always playing with words, no matter what I happened to read. I would end up adding a comic remark or too, even in my exams – I cared much less about my marks!” That apart, the idea of a career in standup comedy simply didn’t occur to him.

Rajesh, who admits to being “technologically challenged,” pulls out his phone and plays a video of his latest performance, where the roars of laughter from his audience drown out what one presumes was a most commendable performance! “Hear those laughs,” he smiles. “That’s what keeps me hooked.”

He has managed to sink his fingers into a variety of pies since he started and Rajesh now produces several of the standup shows across the city. Only ‘female comedians’ worry him - why play the gender card when your only job is to tell a good joke, he demands. 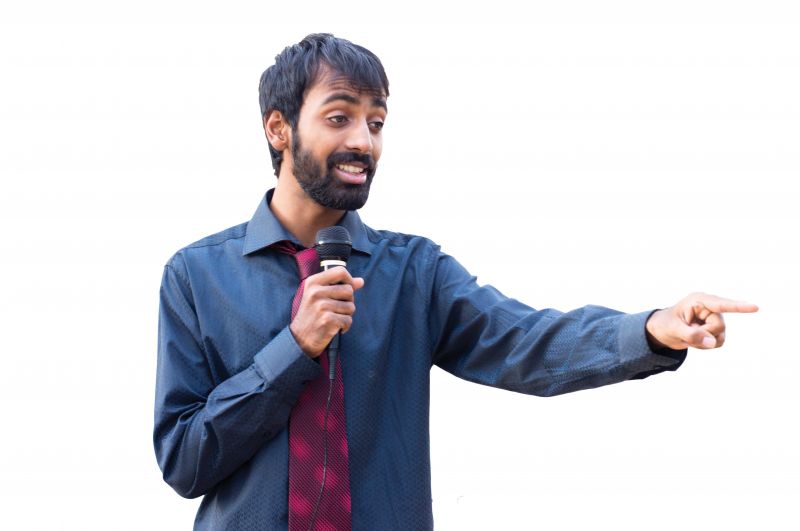 Kritarth Srinivasan and Prasad Bhat will join Rajesh in his upcoming performance. An avid traveller and one of five city comedians to put out a one-hour special, Kritarth’s talent lies in breaking things down to their most basic and ridiculous. A new name on the stand up comedy circuit, Prasad is best known as the man behind Graphicurry.

What: Comedy Crunches
When: Feb 24, 8 pm
Where: Dialogues Cafe

How to prevent pimples on forehead