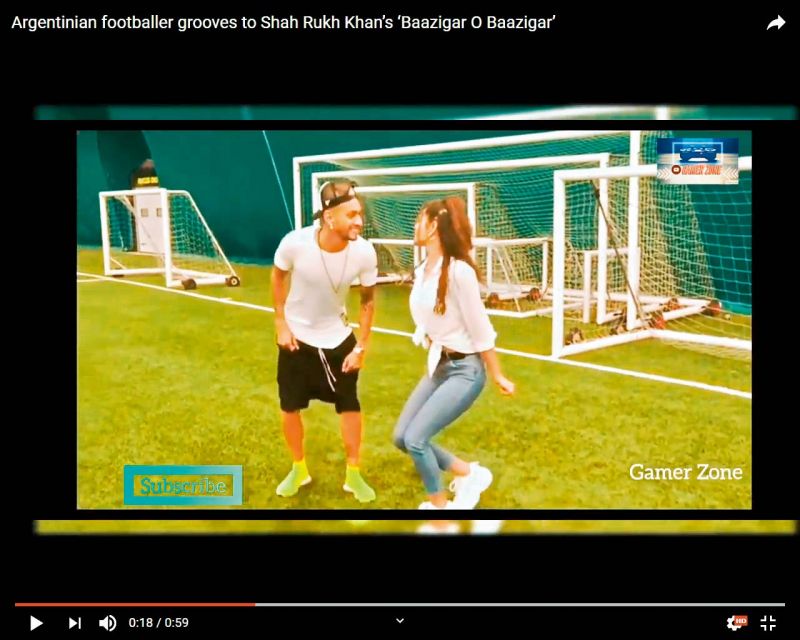 This is not the first time that foreigners have been seen shaking their leg to Indian beats. Not too long ago, corporate honcho Anand Mahindra shared a video of a group of Iranian men, who were seen dancing to Mambazhamam Mambazhamam from the Tamil hit film Pokkiri as a warm-up routine.

“Indian songs are very popular in Iran, especially the old melodies. Everyone is doing remakes and remixes now,” explains Elnaaz Nourozi, an Iranian, who made her debut with Saif Ali Khan in Sacred Games. 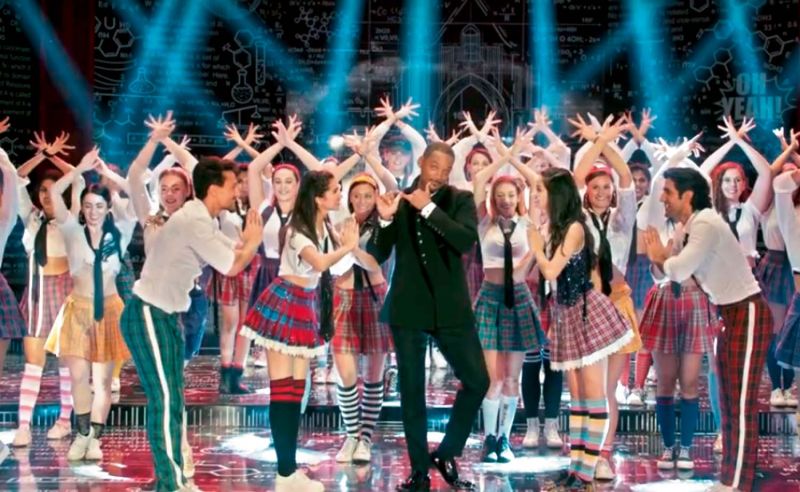 Learning the ropes of Bollywood: Hollywood star Will Smith danced to Student of the Year 2 song Radha, under Karan Johar’s direction

Meanwhile, Mambazham singer Shankar Mahadevan believes that a good song will always work. “When La Macarena came out, no one knew what it meant, but everyone was dancing to it. Similarly, everyone was dancing to Justin Beiber’s Despacito last year without knowing the lyrics. Music has no language. Even Kajra Re and Jhoom Barabar Jhoom were played at the World Ice Skating Championships,” he says.

These aren’t the only songs to become global hits. Several other Indian songs have also crossed over to stamp their musical influence abroad.

Global footprint
“Indian cinema is one of the biggest industries all over the world. Whenever I travel for my workshops abroad, people are crazy about Indian dance and music. They’re fascinated by the grandeur of Indian films and enjoy dancing to its music,” explains choreographer Mohit Mathur.

In 2018, Hollywood star Will Smith declared that dancing to a Bollywood number was on his bucket list. Shortly after, he danced to Student of the Year 2 song Radha, under Karan Johar’s direction.

“I like Indian music..., the beats and pace they have is very different and you cannot stop yourself from dancing. I have started learning Bollywood dance now and it feels really amazing,” shares Pair Jitrawan, a dancer from Thailand.

Several gyms in the US are also known to play Indian songs. Zumba classes often have desi beats. Rishi Kapoor, who is recuperating in New York these days after his cancer treatment, went to a barber shop recently and got the cut of his life after hearing his Bobby song, Main Shayar Toh Nahin at a Russian-operated salon in the Big Apple! “My anthem being played in a salon whilst getting a hair-cut, a Russian recognised me and played it from his notebook. Thank you, Sergie,” tweeted Kapoor, pleased that his 46-year-old song still has takers.

“In Paris, they have these huge Bollywood sets, named Bolly Deewani and Amatra, founded and run by French girls. They come to India and learn dancing and then go back to their country and teach others. dancing there,” Mohit added.

Getting into the groove
“When I was in high school, a friend of mine suggested watching Kabhi Khushi Kabhie Gham and I really liked it. Later on, I started to watch more Bollywood movies and just fell in love with them,” shares Hayate, a dancer from Paris, who adds, “It was a great escape from my daily routine and every time I felt sad or overwhelmed, I used to watch a movie to feel better. It also allowed me to discover Indian culture. Finally, three years ago, I decided to take Bollywood dance classes and now it has become a passion for me. I don’t understand the lyrics but the music speaks to me.”

Jimikki Kammal, a song from Malayalam movie Velipadinte Pusthakam, became an Internet sensation in 2017 after American chat show host Jimmy Kimmel went gaga over it. Today, the song has over 100 million views, making it the most-watched Malayalam song ever. Russians and Europeans are singing and dancing along with it, though they have no idea what the words mean.

Digant Kar, a choreographer from India explains, “I remember teaching an item number to my contemporary teacher on the song Aa Re Pritam Pyare, and she loved that music because it had very high tempo and so much energy. Our Indian music has a lot of energy to it, mostly because of the percussions and the way they sing. That really gets people moving.”

Amine Amoura, a dancer from Paris adds, “I first started watching Bollywood movies in 2015, starting with Ram-Leela, and the moment the Tattad Tattad song came on, I got goosebumps... everything was so impressive. It’s been four years now since I started taking Bollywood dance classes. India has given me a rebirth — a new life as an artist and a huge field to discover as a traveller.”

“It’s quite humbling when people appreciate your work and pay tribute to it. When Robert Downey Jr danced to Rabba Mere Rabba, no one spoke much about it, but thankfully they are speaking now due to the power of the social media,” says Malik, who attributes the rise of the Internet and digital platforms for this sea-change.