Timing, and a lot of roaming about in his scooter, helped Sridhar Radhakrishnan build the house he wished for. He just happened to pass by Mani Bhavan — the old building that worked as the Chalachitra Academy — in Sasthamangalam, Thiruvananthapuram, when it was being pulled down. He saw decades-old bricks that he could take for his house, left unscathed by time because they were put together with kummayam (lime), not cement. He got it for half the price that new bricks would have cost him. Sridhar then rode through Thiruvallom, through street stores that sold him lovely wooden stairs for one tenth the price of what it should have cost him, and which now fits perfectly between the two floors of his bamboo house in Karakulam, on the outskirts of Thiruvananthapuram. 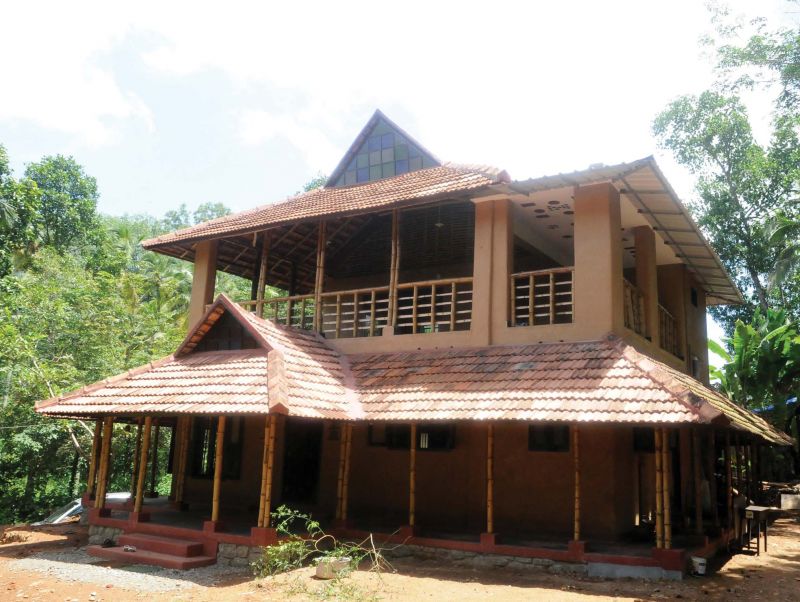 The house opens surprisingly to the kitchen on the right and the living room on the left, all on a single hall without partition. Two bedrooms are also on the ground floor. He will put a movable dining space in the middle, Sridhar says, bringing tea in cute steel mugs. 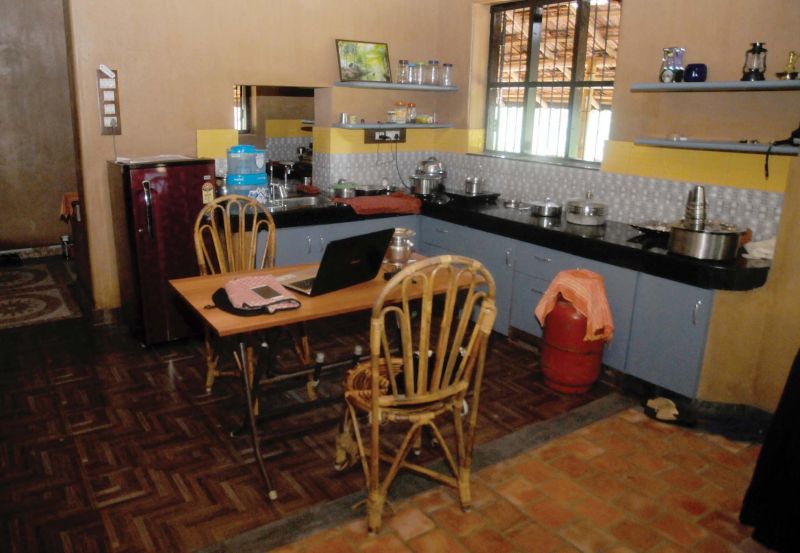 A man who has lived green for years, Sridhar, had joined the zero waste NGO Thanal in the mid 1990s and now works as the programme director. "I had a place in the city, five cents of a land with a two-floor apartment on top of it. There was just no space inside, and I love having space to move around," Sridhar says, standing on the vacant hall upstairs his Karakulam house. When he found 21 cents of land here, there was a small house on it. "An old fashioned one made with odu (roof tile) and mannu (mud). We retained most of the foundation, and reused the stones and mud. I approached my friend and architect Sajan of COSTFORD and together we decided to do it with bamboo." 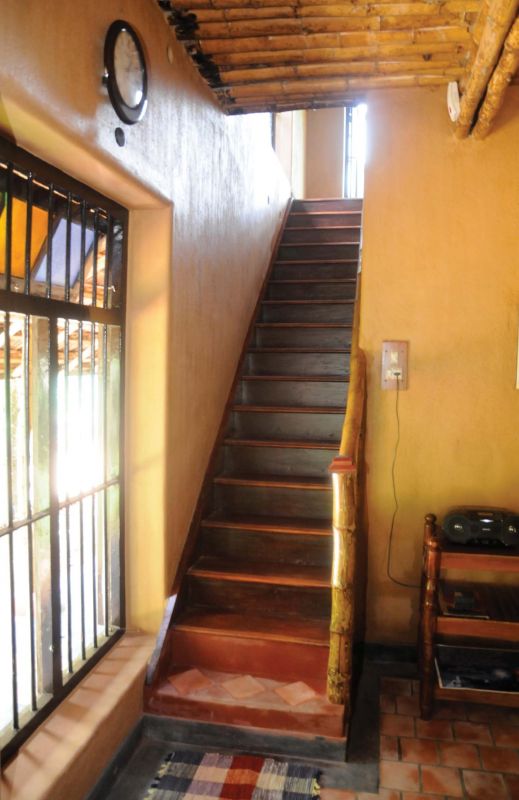 Bamboo came on the roof, pillars and rails. Floors are terracotta tiles. Windows and doors were all taken from his old house and brought here. Only the coloured glass on top of the windows, he bought new. "The whole idea is that years later, when this house should be rebuilt, all the materials should be reusable." He used concrete only for the bathrooms, kept on the right side of the two floors, so water doesn't come to the rest of the house.

Bricks, mud and odu form most of the house.  Lampshades are ceramic, lights are LEDs. Sridhar even found a way to save energy on his ceiling fan. "These are BLDC fans — Brush Less DC fans — which consume 5W at its lowest speed and 30 at its highest. They are made by people in Coimbatore, and a small store in Nalanchira sells them," says the man, content with what he's built. "To those who ask how long this will last, I say as long as my wife Sobha and I live. I don't know what my son Kichu will do or if he will come back to Kerala after his studies. You can't build a house for the next generation anymore."

Those distinguished men and their marvellous motorbikes