Crown Theatre in Calicut where the matinee show of a recent Bollywood film is being screened. The audience is getting settled in their seats. The lights go out and commercials come on when suddenly a group of youngsters walk in handing out water bottles to the audience. Though not a routine affair, the audience obliges and takes the bottles. Some try to open the bottles for a swig of water and find they cannot. Seeing the baffled looks on the faces of those who cannot open the bottles, the rest try to open their own bottles.

They try to bite, pull, twist and pry open the bottles, but the caps do not budge. Soon a clip showing children and adults drinking water from dirty pools, puddles and taps that drip water roll on screen with the message 'Save Water, Save Life'. The audience understand the meaning of the 'unopened' bottles and the social message it has passed and applaud. Soon, the same volunteers come in with fresh bottles that can be opened.

This whole social experiment campaign was executed by Wafa Nazeem and her friends studying at Farook Institute of Management Studies in Calicut as a part of their CSR activity. Wafa says, “I was inspired by the same experiment done in a theatre abroad but did not expect it to be so popular here. I got a forwarded video on WhatsApp and shared it with my friends who all felt that it could be replicated here. Once I decided to go ahead, I selected a few volunteers. I did not want to involve too many people. We had no idea on how to go about it, especially about making the bottles ‘open proof’. 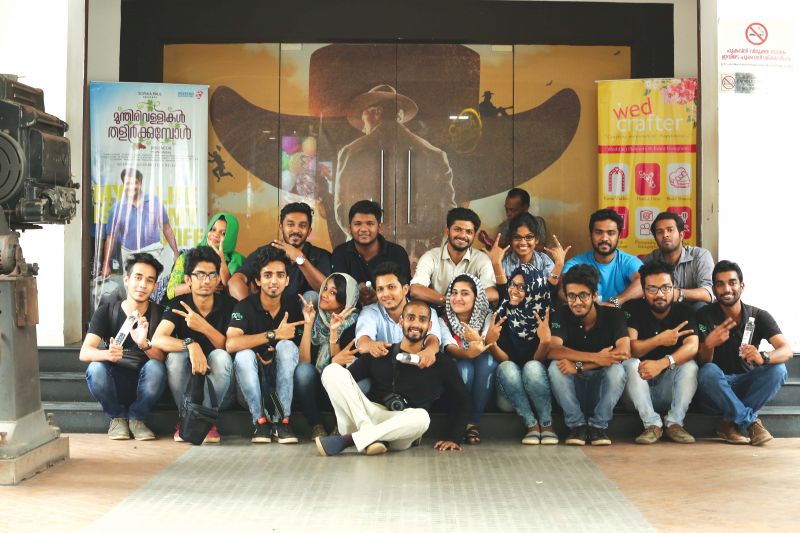 Finally, seven of us brainstormed and came up with an idea of using glue in a particular way. As a test, we gave the bottles to our teachers to open which they could not, so the first hurdle was crossed.” The second most important part was getting a theatre to implement the idea and Vinod Iyer - the owner of Crown Theatre — became their angel. Coincidentally, he had already seen the original video and was completely supportive of the idea. The third stumbling block was the camera equipment and Wafa continues,

“We needed night vision cameras and finally rented it after which our juniors helped out with the filming. The final editing was done by the students of the college.” The social experiment got over in 10 minutes and Wafa credits her team of 15 final-year MBA batchmates, especially Jaseem, Khidher, Souban and Fathima Raiby who worked as a team. All of them are excited about the positive response to their experiment.