Urban Legend: Chandy – This surgeon rocks and how!

From the lights of an operating table to the floodlights of a concert stage, Dr Thomas Chandy straddles both worlds with ease. Dr Chandy, who is the chairman and chief of orthopaedics at Hosmat, is an accomplished musician by night. Currently the lead singer of one of Bengaluru's oldest and adored bands 'The Jazz and Rock Revival', Dr. Chandy has dabbled in many genres of music, be it Latin, jazz or rock. The doctor, who can play the saxophone,guitar and keyboards, explains to Joyeeta Chakravorty his journey both as a doctor and a musician.

Little would you suspect that a man, who spends his days mending bones, is a musician at heart. But Dr Thomas Chandy, chairman and chief of orthopaedics at Hosmat hospital is just that.

A surgeon by morning and a musician by evening, he is currently the leader and jazz vocalist of the 17-year-old  band ,  Jazz Revival, that continues to entertain Bengalureans and perform at  weddings on invitation.

Catching up with him while he practiced  for his performance was quite a revelation. "It is a sound-proof room and so I can shout as loudly as I want. It is extremely relaxing and satisfying," he smiles.

The skilled surgeon was merely 35 -years -old when he built  the Hosmat hospital in the city, which has grown to become one of the largest orthopaedic centres in the country today. 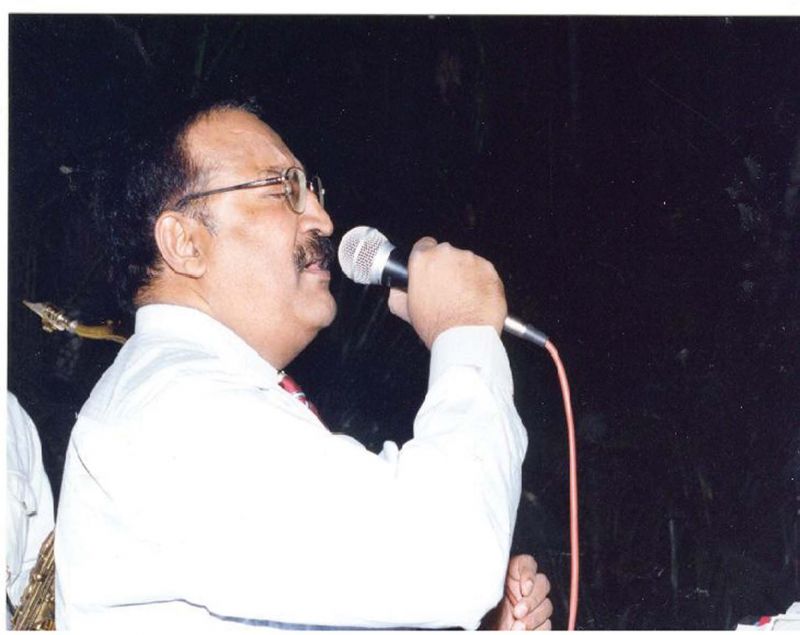 Operating and treating disesase of the bones, may be his first love, but music comes a close second. Dr Chandy confesses that the saxophone is his favourite wind instrument, triumphing over the clarinet, oboe, bassoon, flute and trombone.   "Because it's versatile," he explains with a twinkle.

The eight- member Jazz Revival band plays everything from the blues, retro to rock and Latin music and is  probably the only band in India to combine the saxophone, trumpet, trombone, clarinet and flute with  lead and bass guitar, drums and the keyboard, performing instrumentals and vocals. "When we play for  youngsters we call ourselves The Jazz and Rock Revival Band," the doctor reveals.

Dr Chandy’s love for music started when he was a seven- year -old he began singing in the Holy Ghost church's choir. He was also part of his school, the St. Germain’s High School’s choir. And then as a class 8 and 9 student  he founded his own four- member band , the Spartans, which played in restaurants on MG road and Brigade Road.

"It gave me pocket money and great pleasure. We played in the Bangalore Club, Catholic Club, Century Club, Bowring Institute and at weddings," he reminisces.
Even as a postgraduate student and an orthopaedic surgeon in New York, he found time to study music at the Brooklyn Conservatory of Music. And while in Oklahoma for 10 years as an orthopaedic surgeon, he took time out to learn to play the keyboard, saxophone and guitar under Larry Mccabe, an author of several music books.

What's even more intriguing is the treasure trove of over 300 musical instruments in his house. "I collected these from all over the world. I have 80 rare guitars, harpsichords,  a clavichord, and a concert harp, that was custom- made for me in the US and has the head of King David from the Old Bible. The collection also includes the bassoon, flute and trombone, a Chinese instrument called Koto, 16 saxophones, six clarinets, two xylophones of concert quality and  the South American instrument marimba. The list just goes on," he laughs. Some instruments even date back to the Elizabethan era.

He easily switches from music to the operating theatre and vice versa and many famous sportspersons in the country have benefited from his medical expertise. Ask him how he marries his two interests and he says, "Both my passions (orthopaedics and music ) have helped me perform better in both fields,  teaching me something useful for doing my surgeries or when giving a concert. I just concentrate on what I am doing at a given moment and give my best," he says.