Maria Ozawa, 30, was shocked when her friends alerted her about a picture of her documents being uploaded on Facebook. (Photo: Instagram/ @mariaozawaofficial)

The AV (adult video) Idol, who now runs a bar, was shocked when her friends alerted her about a picture of her documents being uploaded on Facebook. The post, which appeared to have been shared by a government employee, featured a picture of her passport and ID card placed over a keyboard along with the caption ‘I bet you know this girl’ followed by crying-laughing emojis. 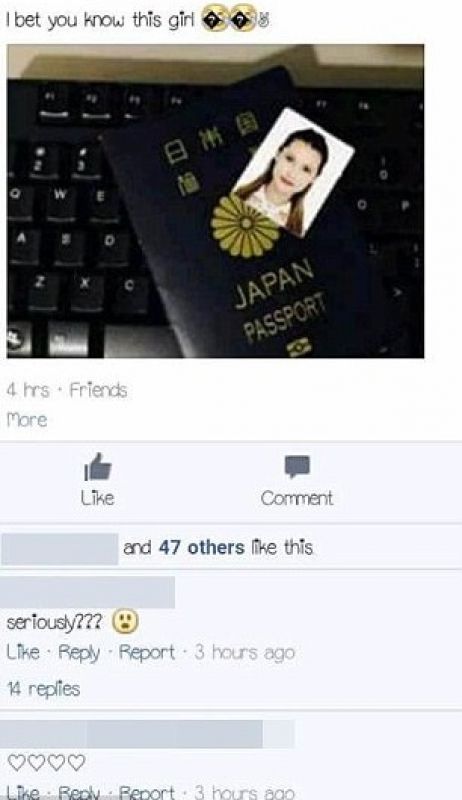 “This is very wrong. Immigration is a place where people TRUST and give their private accounts, details and look what she's done to my privacy... Posting it on her social media,” Ozawa complained.

“How I'm I supposed to trust people? If this was just someone I knew or some random people posting it for fun, I can understand. But people who actually work in the immigration doing stuff like this?” the Daily Mail quoted her as saying.

Her representatives have clarified that they were not intending to take any legal action against the Bureau of Immigration. A spokesperson from the Bureau of Immigration has claimed that they are investigating the matter. Ozawa is known to have starred in hundreds of X-rated lesbian, bondage and group sex films like Sex On The Beach, Lewd Flesh and Let's Do It At School.