Next time, be careful with cats (Photo: File Photo)

Attention animal lovers! It's time for you all to be a little extra careful about letting your favourite pets slip into your bed.

Michelle Barrow, mother to two cute cats, Cricket and Donut used to allow her pets to snuggle into her bed. She got a rather unexpected setback from her two cats that shed a torrent of hair all over the bed after several nights of snuggling up. Well, the consequences were not even close to her dreams.

She began experiencing dull aches in her abdomen which she got examined by a gynecologist on a routine medical check-up.

Guess what! The check-up revealed a two-inch ball of cat hair inside her vagina, apparently.

According to the report, the cat hairs that were shed on the bed became attached to her partner's penis. Both used to sleep without underwear and the hair was transferred inside Miss Barrow during sex. And instead of coming out, they simply got entangled in her IUD contraceptive coil.

Over a period of time, more and more debris got collected, creating a fur ball inside her.

The article titled, ‘IT HAPPENED TO ME: My Gynaecologist Found Hair In My Vagina’, was discussed widely on the internet. 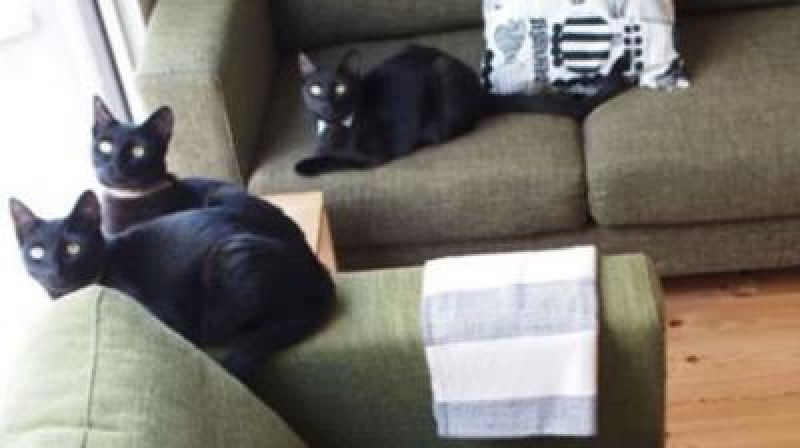 Some skeptics denounced the piece terming it as fake. But Barrow has maintained her stand that if she had to cook up some story, she would not have chosen such a sensitive topic.

In the article, she explains that she had an intrauterine device, or IUD implanted in her womb, as a form of contraception.

IUD is a small T-shaped plastic and copper device that is inserted into the womb. It works by stopping the sperm and egg from surviving in the womb or fallopian tubes and may also prevent a fertilised egg from implanting in the womb.

She says that she simply started blaming the IUD after having pain in her abdomen.

But during her medical appointment, the doctor suspected of ovarian cysts as the cause of pain and therefore decided to examine her vagina.

“She began the examination and immediately started muttering what the heck is that thing?” recalled Barrow, in xoJane.

Despite this, the doctor believed some tampon fibers had become tangled up with the strings of the IUD coil.

An IUD has two thin threads that hang down a little way from the womb into the top of the vagina. By feeling these threads, women can check the device is still in place.

After requesting a long pair of tweezers and scissors, the doctor began trying to remove the lump from Burrow’s vagina. But because, the lump could not be pulled out, the doctor had to resort to cutting it.

As the two-inch lump of fur was dragged out, Miss Barrow realised that it was of the same colour as her cat, Donut.

Writing on xoJane, she recalled the exact moment the penny dropped. She said:

The specimen was sent to the laboratory and the results came back as ‘foreign object: forgotten tampon.

But Barrow has developed another theory as to what had happened.

“My theory is that our sheets are to blame: I'm not very good at making the bed every day so Cricket and Donut have free reign. My fiancé and I don't use condoms so it'd be easy for him to unknowingly have some hair on his penis and during sex it'd be easy for that hair to migrate to my strings where everything got all tangled up. The thought still freaks me out,” she said.

Commenting on the post, Debbie McCormack said, “As an OB GYN, I can tell you I have found many "forgotten tampons" in vaginas.

McCormack says that he has never seen a vaginal hair ball, but that he cannot definitely rule out the possibility.

Following the incident, Barrow admits that she has become more attentive about cleaning her sheets and forcing her cats to sleep in the basement.
She added, “Sex was definitely touch-and-go for the first few weeks after my appointment and I can't say I blame my fiancé for being a little turned off by the thought of my vagina furtata.’

Some critics, however, claimed that the story was far too bizarre to be believed upon.

NY Magazine writer, Michelle Barrow said, “I assumed the post was a hoax or perhaps cat-lady parody — until I Facebook-chatted Michelle Barrow, who gamely answered all my questions from her mobile phone while walking down the street in her hometown of Baltimore.”

When asked if she understood why people might not believe the story, Burrow stressed that she wouldn't make a story as such.
“Now I wish I'd taken a picture of it,” she told NY magazine.

She went on to emphasise that she does practice good hygiene, showers every day and washes her sheets fortnightly.

She went on to conclude that vaginas are crazy, mysterious enigmas that  one can never really understand, and so it is well and good to write about the weird nature of vaginas on the internet.