It is hoped the Airlander 10 will eventually be developed to be able to transport 50 tonnes of freight. (Photo: Twitter)

London: New photographs of the world's longest aircraft have been made public ahead of its official unveiling and first UK test flight.

The Airlander 10, which is part plane, part airship and part helicopter, is 92m long - around 15m longer than the biggest passenger jets.

The British firm Hybrid Air vehicles (HAV) have designed the craft to stay airborne for up to three weeks using helium and the vessel is able to travel at a speed of 92mph. 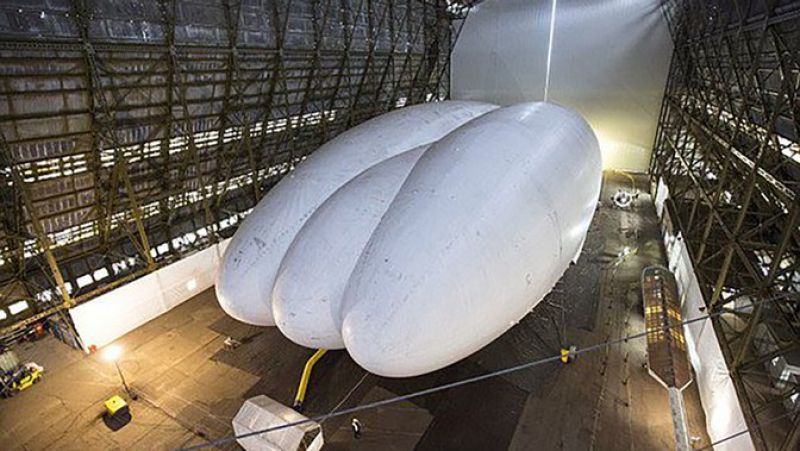 HAV will unveil the aircraft, standing at 26m high and 44m wide, in a First World War aircraft hangar in Bedfordshire on Monday and it will undergo its first test flight in a few weeks' time.

As it is heavier than air, the Airlander 10 is able to land without tethers on a variety of surfaces, including water and ice, Sky News reports.

It was first developed in 2009 for the US government as a long-endurance surveillance aircraft but its manufacture was hindered by defence cut-backs. 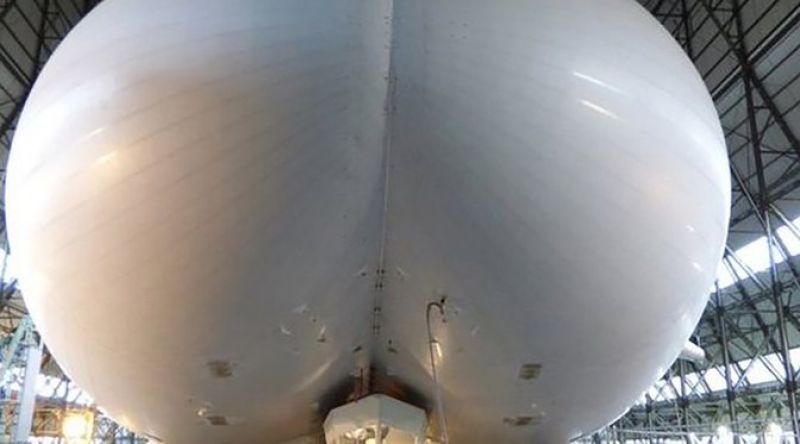 HAV believe the craft could be used for a host of functions including surveillance, communications, delivering aid and even passenger travel.

It is hoped the Airlander 10 will eventually be developed to be able to transport 50 tonnes of freight.

The British firm have also stressed how the vessel, which is silent and emits no pollution, could be a breakthrough for air travel.

The firm is hoping to build 12 Airlanders a year by 2018, some of which can be used as passenger aircraft able to carry up to 48 people at a time, the BBC reports. 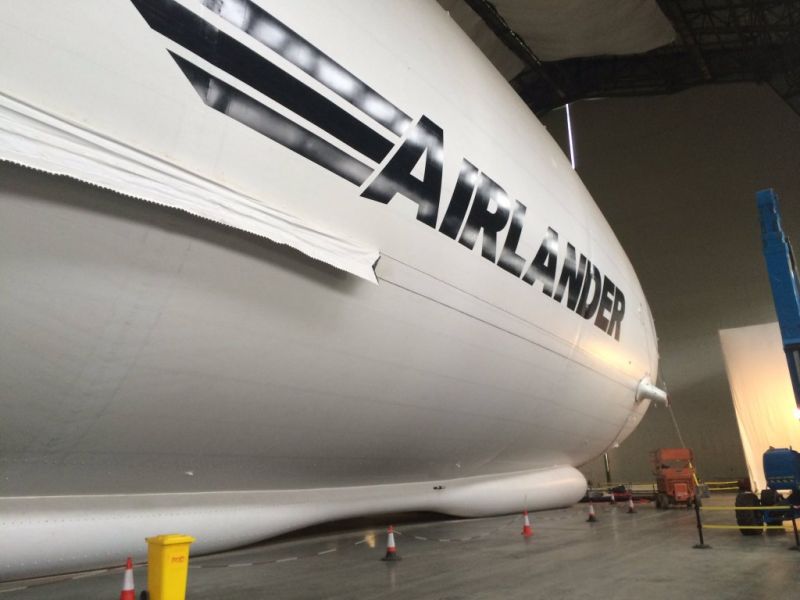 Chris Daniels, HAV's head of partnerships, said: "This fantastic story of British innovation getting a unique aircraft fully assembled to do something both useful and commercially viable.

"We are ready to show the world the potential it can achieve in monitoring, search and rescue, cargo, aid distribution and even passenger roles," Daniels said.