Hyderabad’s very own Dr Niharika, currently a techie, is known to excel at everything she partakes in — be it academics, sports, or at work, and at being the super-mom she is. Now, her passion for cycling is taking her places.

Recently, in an event organised by the Trichy Randonneuring Club, Niharika became the first South-Indian to complete a 1000 km brevet on a ghat road (650 km ghat road and 350 km highway). 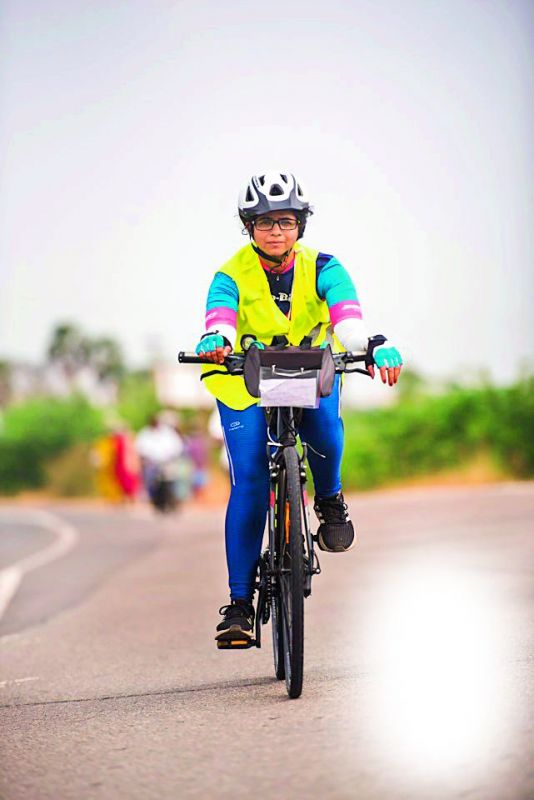 Reflecting on her achievement, the 41-year-old states, “It was a gratifying experience to be able to complete the challenging ride. I rode non-stop for over 50 hours. I had carried bananas, peanuts, water, parota, sandwiches, etc., to munch through the ride.

She admits that she was tempted to give up mid-way. “The ride had begun to feel extremely tough and exhausting because of the rising temperature. I was also sleep deprived. But I kept the momentum going, thanks to my husband, who is my support system,” she recalls.

Turns out that this ghat road challenge was part of her preparation for the Paris–Brest–Paris (PBP) ride, which is going to be held in Paris in August. 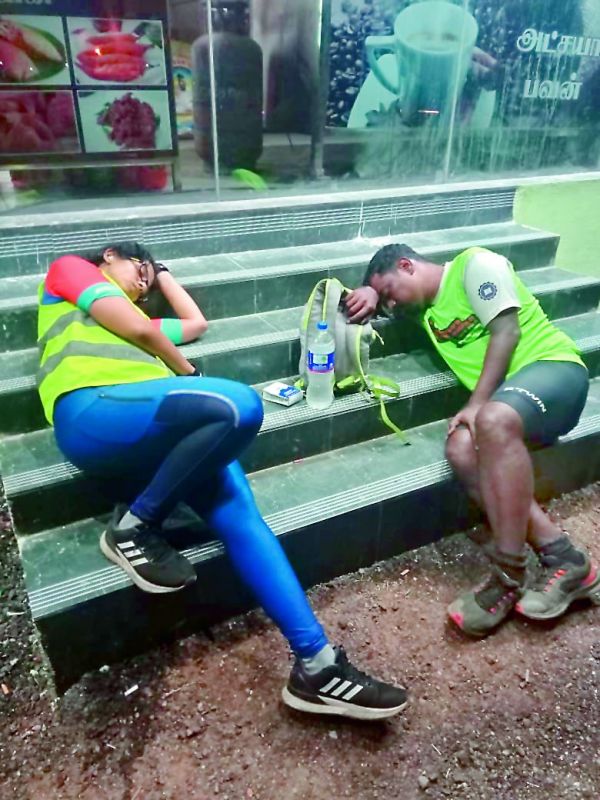 Niharika with a fellow contestant

However, this is not her maiden achievement. Niharika had already completed 600 km brevet three times this season and also happens to be India’s first woman to complete a triple-Super Randonneur(SR). She has also won several titles in 200 km, 300 km, 400 km brevet rides.

For someone who took up cycling only as a leisurely pursuit in 2015, it is a remarkable achievement to have made it her way of life.

Explaining how she took to cycling, Niharika said, “I used to run for long hours. One of my friends happened to be surprised by my energy levels and suggested that I take up cycling. After thorough consideration, I joined the Hyderabad Bicycling Club. Initially, I’d participated in short rides only. Over time, however, I began to ride more frequently and started participating in longer rides.”

Niharika once met with an accident during a bicycle ride in Bangalore and suffered major injuries. Although her family was terrified and couldn’t help but ask her to quit cycling, Niharika was determined to carry on.

“Cycling has given me the confidence to find solutions to any problem in life. I have also come to realise that we can adapt to any culture. Besides, it’s honestly the best way to explore places,” says Niharika, who now rides about 300 kilometers every week.

Niharika admits that striking a work-life balance is still just as challenging. “My daughter is 15 years old and my son is 8. They miss me whenever I go away to ride, so I must prioritise them while I’m around them,” she says.

Niharika went to Keyes girls’ High School, and then Kasturba Gandhi College in Secunderabad. She also secured gold medals in both MBA and M. Tech from JNTU University in Hyderabad.

“I’ve also pursued and completed my M. Phil and Ph.D. at Nagarjuna University,” she chuckles.

When it comes to perseverance, Niharika sets an example for everybody. She has proven to everybody that if you reach for the stars, then you might just touch them.