Goodbye to those filters!

As glamorous as the social media accounts of models, actresses and celebrities seem to be, there’s a lot that goes behind each of the pictures most of them put up. It’s a game of big numbers — millions of followers, thousands in likes, and comments that one cannot take their eyes off of — some want to know why the celebrity’s skin doesn’t look as ‘perfect’ as it usually is on screen, some think it’s plastic, and for some the lighting in the picture is too off.

Maybe this was long overdue. Recently in news for heading towards a ‘digital detox’, quitting her glitzy, star-studded Instagram account is American model, Kendall Jenner, who earlier mentioned that social media was ‘too consuming’. 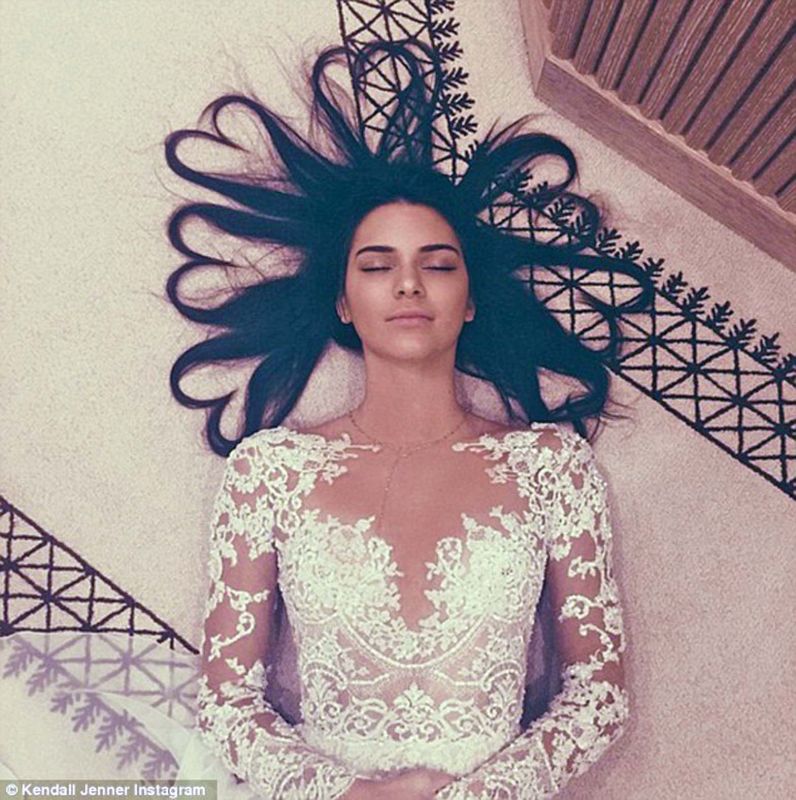 Kendall’s picture with her hair shaped in hearts on Instagram, was once the most-liked image on the social platform.

Kendall Jenner has also been an instrumental part of the ‘social media modelling’ movement, where models get noticed due to their online presence.  On the other hand, there are also celebrities close to home, like Shruti Haasan, who don’t shy away from going sans-makeup in their pictures and sharing their life behind the screen. As the internet becomes judgmental as soon as a social celebrity posts an update, have you ever wondered what runs through their minds? Is social media detox the way to get away? Actors, models and psychologists speak to us about this digital pressure.

Priya Anand is one such actor who doesn’t step back from being her true self on her social media accounts — she can be seen sweating it out as she takes some cooking classes and going makeup free as she hits the beach. “For those who are obsessed with what other people have to say about them, how many likes they get, then there’s definitely a lot of pressure on their online presence. But for me, my social platform is only anything that I want to do; I don’t feel the pressure to try to put myself across as a stylish person, or a pin-up girl. I’m not trying to be anything other than myself. I think the pressure is mostly for people who want validation back from the audience. I find it alien that someone needs a digital detox, because a week off from digital space is not going to do anyone any good.”

City-based model Ratikha Venugopal thinks one needs to set the right tone of expectations from the audience, so as to avoid such pressure to look good everywhere on their social network.

One must set the expectations of the followers right — whether you’re going to show yourself as someone who is comfortable without makeup, and has a life beyond fashion. If one can’t take the negativity and the criticism that online platforms bring along, one should consider not being on them altogether, not just as a temporary solution,” Ratikha elaborates.

Fashion blogger Sushmita Agarwal, who runs ‘Miss Pink Shoes’, thinks for those in the glam industry — critical feedback and negativity is unavoidable.

“People on social platforms can be quite judgmental, which pushes one to be presenting only their best selves. If there’s a pimple on my face, there are comments pointing to it. But my online presence is a part of my job and I can’t avoid the negativity too. So I have gradually learnt to ignore the comments and not take them too seriously. If the feedback to my updates starts to affect me too much, I would consider a digital detox too,” she says.

As psychologist Dr Sneha Hindocha says, she has seen quite many of her clients complaining about the pressure that social media puts them through.  “People sometimes give too much importance to what people say about their looks. There’s definitely a lot of stigma that goes around, depending on people’s skin colour and their appearance. The selfie age has been driving millions into this unnecessary self-critiquing mode. There’s a lot of mental pressure one goes through while clicking pictures — to smile perfectly, to look one’s best,” she sighs.

Actress Janani Iyer adds on saying models and actors have their bad hair days too and people should stop being too critical of everything they post. “I have bad hair days too, and I don’t have to look perfect all the time. People do comment on my pictures that have no makeup, that I would look better with it. I don’t let it affect me. A lot of youngsters today are affected a lot, and I don’t think it’s a very healthy trend. And inspite of being a known person, I am also a human being,” she sums up.