Walk into the galleries of Durbar Hall in Ernakulam, one can see sculptures on one side and big paintings on the other. Creative expressions by Padma Bhushan A. Ramachandran, they pose certain questions towards society. The artist considers art as a tool to convey his concerns. An alumnus of Shantiniketan, his recent works featured in the exhibition titled 'Mahatma and the Lotus Pond shed light on the need to preserve nature and maintain peace.

The artist, who has been working on the lotus series for a long time, says his interest towards lotus bloomed during his childhood days at Attingal in Thiruvananthapuram. “The memory of roaming around to pluck flowers during the Onam season still remains fresh in my mind. Our childhood memories and experiences influence us a lot in the later stages of life,” he confesses. He credits his artistic life to his mother, who gave him clay to play. “That sparked the artistic spirit inside me. The shapes I created were not intact. But, they definitely awakened the sense of art in me.” 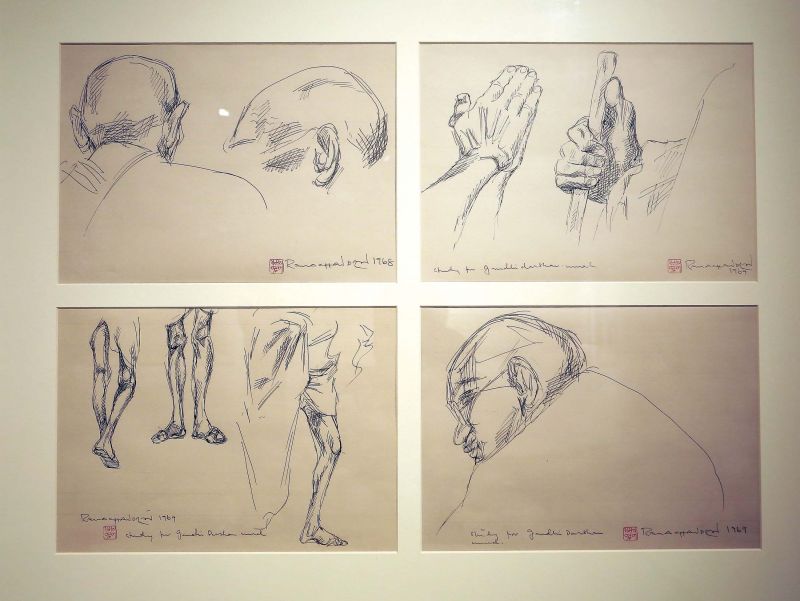 Later, the days spent at Shantiniketan sharpened his skill. He says he was influenced by the style of Nandalal Bose of Shantiniketan. “But, I never tried to copy him,” he clears the air. In his opinion, those days encouraged him to look into nature for inspiration. “Shantiniketan had a different route. On the first day, I was asked to go out and sketch. I was clueless. But, gradually I learned to derive images out of nature. It was a natural process.”

Lotus Pond, his ecological exploration, happened in the same way. In the series, he captures different moods of lotus ponds at various time zones. If ‘Lotus Pond on Starry Night’ shows the happiness and beauty of nights, ‘The Monsoon Wind’ captures the horrifying yet rhythmic speed of monsoon wind. ‘Dead Lotus Pond in Water’ and ‘Lotus Pond in Decay’, done using oil colour, portray the ugly side of pond. It can also be interpreted as a reference to the decline of the ecological system. Although the images are bright and ooze positivity, there is an underlying message. It is an indirect reminder to preserve spaces like lotus pond that serves as habitat for many organisms and plays a vital role in the circle of nature. 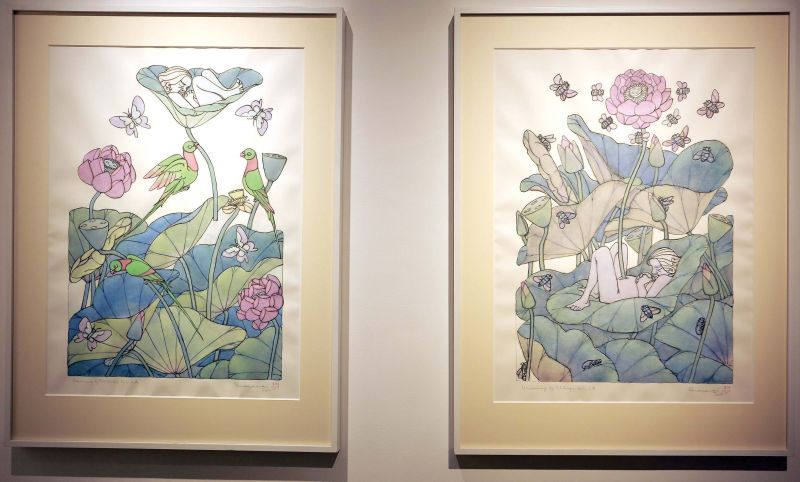 The next part of the show, curated by art historian R. Sivakumar, is Ramachandran’s statue and sketches of Gandhi. The artist, who has studied about Gandhi, has attempted to bring his own interpretation of the Father of the Nation. “In this era of intolerance, Gandhi is a crucial figure,” says Sivakumar.

Ramachandran’s Gandhi is slightly different from the typical portrayal. His nose is flat and he is anguished. “I have not attempted a realistic portrayal,” he says. Besides the statue, there are sketches to help viewers understand his works.