The digital space has given people the virtual freedom to be and do anything. While you can make a transaction of millions with just one click, the same click allows you to look the way you want. This technology a result of Artificial Intelligence (AI), partially comprising various beautification apps is allowing people to view their pretty versions.

While the latest AI-infused app to have taken the Internet by storm, called FaceApp, is giving people a look at their 80-year-old self. The app stores is filled with applications like Beautify, Photo Editor, BeautyPlus, etc, which offer multiple camera filters allowing people to see appealing versions of themselves. While FaceApp takes you to your future and helps you swap faces, the various other face filter apps that automatically attach to the phone camera settings, process and put out flawless images. 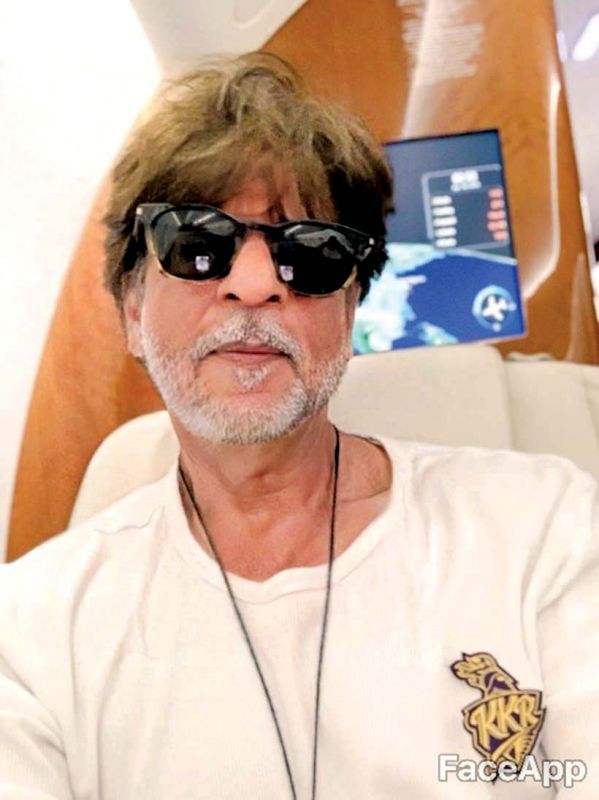 An ardent user of image beautification apps, 22-year-old MBA student Rashika Raina’s selfies and portraits are filter-infused. “These apps give a flawless pictures of myself. It covers all the pimples. The normal camera will show the pimples, but with the beautification apps, they are hidden. While there is makeup to do that, these apps help solve the purpose,” she explains. The IP University, Delhi student adds that it is the desire to look prettier than others that leads people to beautification apps.

Such apps influence the way we look at ourselves, and gives us a more beautiful version of ourselves than the mirror does. psychiatrist, Dr Harish Shetty concurs that these apps are confidence boosters. “A human is already bogged down with a lot of external stress, which in turn is making people less confident. So the quest to go to gym, parlor and wearing make-up is a process of pampering the body, because looking good is making them confident,” explains Dr Shetty.

While the perception of beauty is moving towards attaining perfect looks, the psychiatrist notes that one’s appearance has bigger value now. “The saying was: ‘How you feel, defines how you look’. But now the world has moved from the inside to the external. So now, how you look defines how you feel,” he explains.
According to Raina, the craving for online validation through likes and comments, is what prompts people to cycle their photos through filters. “I look for the best possible filter that keeps my features intact, but removes the acne and produces a high-quality image that is as good as a professional take. The motive is to get the highest number of likes and comments and the validation is important, even if its virtual,” she says.

According to Dr Shetty, this is a consequence of exposure to the media. “From black and white television to coloured TV, exposure has gone so high that everyone, from actors to even prime ministers of countries, are focusing on how they look. Earlier, simple living and high thinking was the norm, but now high living, good looking, and good thinking have taken over. This is the era of feeling confident by looking good,” he sighs.

However, image consultant Chhaya Momaya begs to differ. According to her, the prevalence of beautification apps should just be seen as a change. “Everyone needs a change. It is a fun thing; it is about bringing a little bit of a change into mundane life. So when you click a real picture, you want to delete it, but once you use the filter you will post it,” she shrugs, adding, “All changes are to gain attention. And everybody likes to look at something good.”
The down-side

Nevertheless, the serious drawback of such apps cannot be ignored. Though the face lifting apps can be seen as a catalyst for confidence building, cyber expert points towards their ability to hack into personal data that may be stored on the phone. White hat hacker Anand Prakash explains that such apps can access any data easily.

“On Android, it will ask you for access to the microphone, camera, and storage. And most of the time, Android stores sensitive data in the external storage of the device that can be accessed by any app. Sensitive data may include screenshots or pictures of bank details, passwords, private messages, or Whatsapp screenshots. All this can be accessed if saved in the storage,” warns Prakash.

Someone not in favour of using AI for delusional purposes like FaceApp, cyber expert believes that such apps should not be in the market to begin with. Giving an example, Prakash says that a man in the US used the app to morph a girls face over indecent content and posted it on Twitter, which was later taken down.

“These apps are being used for the wrong purposes. I don’t understand why Google even made it live in the Play Store. Even Twitter needs to have an algorithm in place to detect such apps before it goes viral and poses a danger to life,” he concludes.