Urban Legend: One dance step at a time – Saving a stage

When Lynne Fernandez, the managing trustee at Nrityagram, the acclaimed Odissi school in Bengaluru ,was asked if she wanted to pitch in and raise funds to restore a festival stage in Odisha, she agreed at once, without a  moment's hesitation. The outdoor stage, in question, situated on the banks of the River Daya, at the foot of the Dhauli hills, is steeped in heritage. And ever since 2003, it has hosted one of the biggest festivals for classical dance, music and martial arts in India, drawing artistes from across the country. And although a major humanitarian crisis was averted during Cyclone Fani earlier this year, cultural resources, like the Dhauli Kalinga Stage, were left ravaged in its wake.

The idea to hold a fundraiser came from Sahana Das, Professor, Communication Studies, at Mount Carmel College, Bengaluru. An accomplished Odissi dancer herself, she was looking through the aftermath of Cyclone Fani, when she stumbled upon the fate of the stage and the festival itself.

"I heard the CM ( Naveen Patnaik) handled the situation very well and great efforts were made to setting the state back on its feet. I understand the nature of these priorities. But art, I find, has become peripheral, little more than a hobby. It's a great pity, for me, art is a source of healing, I believe it is what makes us unique." 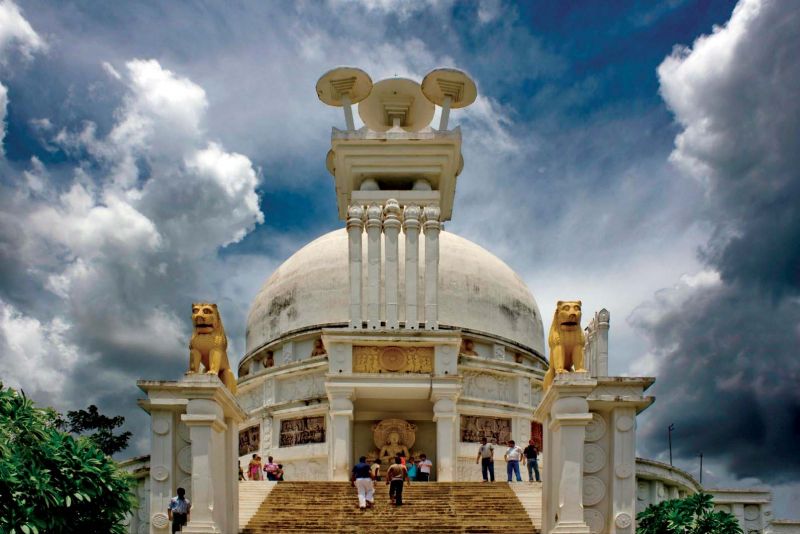 Odissi seemed the natural link. “Today, even when an Odissi dancer’s roots are Oriya, each dancer is connected to the state and its culture through the Odissi style. Every time there’s a natural calamity, Indians rise to help the victims. The regional connection plays a special part in this. In approaching Odissi dancers to help fix a dance space in Odisha seemed to me to make that Cyclone Relief more personal, more connected.” Sure enough, it came together beautifully, with Sr. Arpana, Principal, Mount Carmel College, immediately throwing allowing access to the auditorium, its amenities and the technical staff. “The college took the initiative to raise funds, just as it had initiated aid for victims of floods in Kerala and in Coorg,", says Das.

As for the schools themselves, their efforts towards propagating the art form have played a huge role in where it is today. “I see Odissi dancers from South India, Malaysia, even Japan,” she says.  “Nrityagram, for instance, has done so much to research and enhance the possibilities of Odissi, apart from being a beautiful space. Madhulita (founder, Nrityantar) came here as an unknown dancer and has worked selflessly, especially to train other dancers. Devjani and Shermilla (ODC and Sanjali) also delve deep into the traditions of the dance.”

Even though these schools operate out of Bengaluru, the bond with Odisha is strong: “Our gurus come from there, we have our costumes made there and bring our musicians from there as well,” explains Das.

Devjani Sen echoes this. “As an Odissi dancer, I have a special kinship with the state of Odisha and contributing towards fund raising activity is an act of gratitude for me,” she says. Madhulita Mohapatra, who has performed at the Dhauli-Kalinga Mahotsav describes it as “one of the most prestigious and diverse festivals in Odisha.” And as far as these gurus as concerned, it’s good for their students, too. “They are dancing for a cause, for humanity,” says Sharmilla Mukerjee, of ODC. “They will understand that through performing arts, this effort, they can create a positive, credible impact on so many lives. This very reason will make their art form more palatable to them.”