Nishad Hasan had an ambitious little project in his mind. While everyone with a love for filmmaking started uploading short films, Nishad thought of an idea not many would dare to attempt.

Today, just two days after releasing his short film Nishad is known as ‘that guy who made that single-shot short film ‘live on Facebook’! Viewers also noted that the subject of the film Vattam is on par with movies like Angamaly Diaries and Kammattipadam.

This is not his first venture. Nishad had earlier directed short films including the succesful Next which earned close to seven lakh views.

It would be hard not to think of the kind of effort that went into making Vattam, a thriller gangster movie shot in the middle of sprawling Thrissur city. Nishad does not mince his words when quizzed about how he came up with such a plan.

“The entire film was shot in and around the Swaraj Round area in Thrissur. So we went there when it was less crowded with the actors and the DoP and rehearsed at least 10 to 15 times for two days. At the same time, we also shot the rehearsal in a single shot and found that it was working pretty fine. We briefed the actors about the dialogue in each situation, gave them freedom to improvise and rehearsed accordingly. And then came the idea to go live with it. From that point on, we worked around the subject and developed it keeping the ‘live aspect’ in mind.” 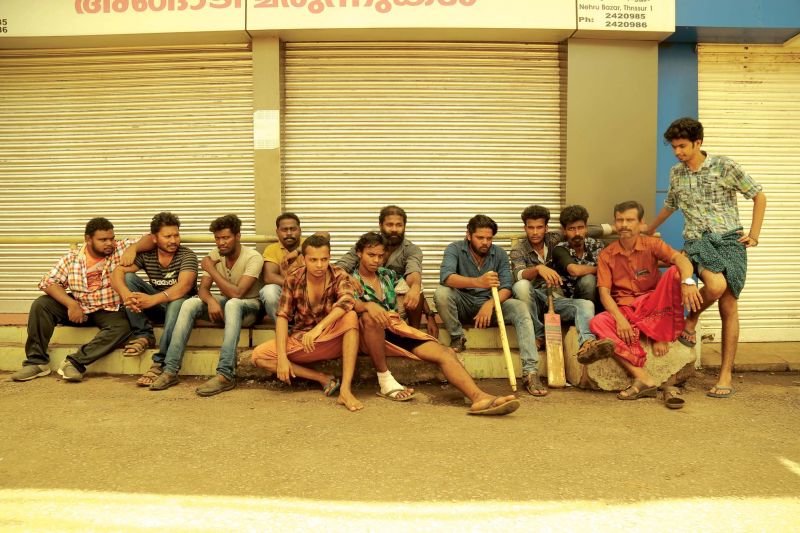 The actors of Vattam

The duration of the short film is 28 minutes and one could literally feel the DoP Pavi K. Pavan taking things to an all-new high to create something completely new and risky. The camera follows the actors as they fight on the busy streets and while crossing roads while it captures the confused look on the faces of passersby. The filmmakers even created a flashback scene that has left viewers scratching their heads.

Speaking about how they planned to tackle the various risk factors while shooting and uploading a film live, Nishad says, “Shooting among moving vehicles was the biggest risk. We had taken permission from local police station and while shooting, the scene just bursts into the crowd. Some were injured in between the shoot, but they carried on till the end. The actors and the rest of the team were completely prepared for all these.”

One would be surprised to learn that none of the actors in the film had an acting background. “The actors were selected after they responded to an online post I had put up. They are all from different walks of life.”

“The film unravels in a circle, hence the name Vattam. It ends close to where it began, quite similar to life itself,” says Nishad.