The show must go on

As the city of Milwaukee in Wisconsin State of the U.S. is gearing up for the 51st edition of Summerfest, the city is expected to experience the hottest two weeks in the recent past. According to weather reports, starting from this weekend, there’s an excessive heat warning for southeast Wisconsin. And for Indians, especially the Malayali families, settled in Milwaukee, the atmosphere is going to be ‘hotter’, loud and pulsating as the band Thaikkudam Bridge is among the artists scheduled to perform at the festival, happening from June 26 to July 7. The news about their participation in the fest was out two days ago and it could not have arrived at a better time as we are celebrating World Music Day today.

51 years later, Milwaukee’s Summerfest still sounds like a winner but this time, the ‘Cream City’ is going to reverberate with the sounds of Navarasam, Fish Rock, Namah and more.

This is not for the first time that Thaikkudam Bridge is going to the U.S., but this time, they are flying there as the first ever Indian band to perform in the Summerfest, also known as the Big Gig and billed as the biggest music festival on the planet. The band’s lead guitarist and one of the senior members, Mithun Raju, is not hiding his excitement as they are going to perform in front of an expected nine lakh spectators, that is almost two times bigger than The Woodstock. 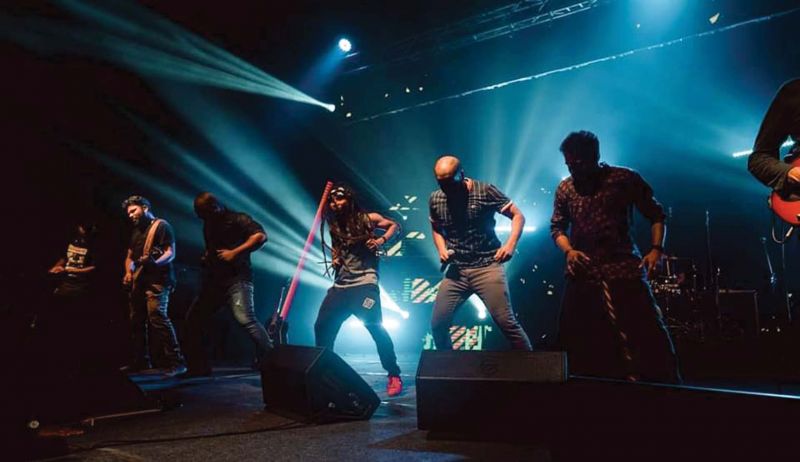 “This is going to be massive. When we got the confirmation, everyone was excited. We didn’t know the fact that we are the first Indian band going to the festival,” shares Mithun. “We have been touring outside the country for years now and all of them were had a Malayali or south Indian connection to them. The audience we have had outside India were mostly Malayalis or south Indians in general.  What makes this one special is that we are performing in front of audiences that are from around the globe, of different music tastes, cultures, and ethnicity. So, now we are getting a new type of audience. They are going to listen to our original songs. We couldn’t be happier.”

Summerfest was originally started in 1968 in Milwaukee downtown. At the 11-day festival with over 800 acts playing on 11 stages, you’ll find alternative, rock, country, R&B, pop, reggae, and more, performed by international headliners to indie bands. This year’s Summerfest has some big names on the list as always -- Lionel Richie, Snoop Dogg, Jennifer Lopez, Lil Wayne, Schoolboy Q, Jason Aldean, Bon Iver, Zac Brown Band, The Outlaw Music Festival, The Killers and more!  Mithun Raju, however, says it is a shame that the festival will miss out the performance of Ozzy Osbourne, who recently withdrew from his July 4 performance. And the band Megadeth has also cancelled their participation since guitarist Dave Mustaine was diagnosed with throat cancer.

Indian independent music is always growing, leaping to the next level, but compared to other musical cultures around the world, we are very much film-bound and when asked about his comments on how far we have come, Mithun says, “For the last five or six years, there has been a big surge in the Indian indie music scene. Thanks to social media and video sharing platforms like YouTube. It was very difficult to break into the mainstream for indie music artists but now, since the growth of social media and other video streaming websites, we all have a platform to share our music. And we all have some specific fan base on each genre. So, we are growing. Our music is film-bound and it will take time to see the way things like in western countries. But there too, budding artists are struggling to get support and big recording studios and banners will always look for pedigree and market value; so, they too have these sorts of problems. Take the case of Thaikkudam itself, our journey has seen a lot of ups and downs before reaching to the level we are on now. Social media have definitely changed the course of our journey in a good way.”

He also says the oversaturation of talent will also influence the growth of music culture in the country.

It is evident that the Indian music industry, especially indie music, is growing. Getting the opportunity to perform on a big stage like Summerfest is a big leap for Thaikkudam Bridge, and it clearly underlines that growth. Mithun considers this also as an opportunity to share our musical culture and eventually our idea of music with the world and there would be a lot of things to learn from other artists too.

A team of sixteen, including Mithun and Govind Vasantha who has been coming up with his career-best works on the big screen, has started the final preparations before flying to the U.S. Thaikkudam Bridge has also planned a tour around the U.S.and Canada along with their performance. Prior to their July 6 concert, the band will be going to Detroit on June 28th kicking off their tour which would finish on August 18th at Calgary in Canada.

The tour is in association with Wonderwall media, who are the band’s international consultant.