A midsummer’s night & other stories

Cobots at the arena

Guess what’s new on the RCB arena? No, it’s not how dismally our team is doing! Or how skipper Virat Kohli seems to be the last man standing either! But robots! Cobots have lit up the pitch with cheerleaders at this VIVO IPL 2018.

These Collaborative Robots are seen cheering Team RCB. They can be seen brandishing the RCB flag, waving it in the air, quite like the missing cheerleaders did! Not as appealing and sexy as the cheerleaders are though, the bot idea seems to be working, especially in our city where IT and tech rule the day! These ‘Cobots’ were introduced for the first time in IPL on April 13 when RCB took on KXIP at Chinnaswamy Stadium.

BUDDAY BOY’s cover drive!
It was KL Rahul’s birthday on April 19 and twitter verse had much to say about the stylish cricketer who is having a great run at the IPL! Among the wishes he got was Yuvraj Singh who wished him and Rahul replied, “KL Rahul@klrahul11Replying to @YUVSTRONG12 Thank you @YUVSTRONG12 pa! Love always!  Please stop smashing cakes on my face.” 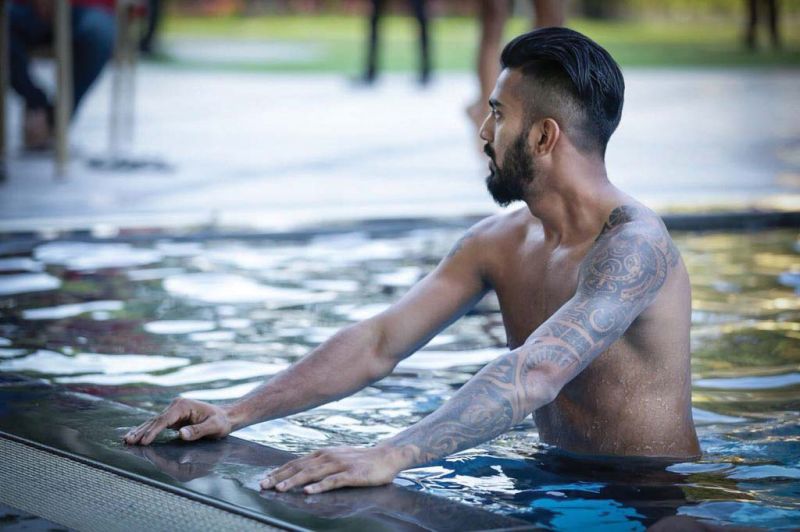 Happy Birthday Rahul, keep smashing that cover drive, or as Harsha Bhogle tweeted, “@bhogleharshaApr 15, I have so enjoyed watching KL Rahul’s cover drives. I could watch him all day!” You can say that again! We also spotted actress Sumalatha and Ambareesh at the RCB match that our team won, held at the Chinnaswamy Stadium. They looked happy campers! Even Nikhil Chinapa took to twitter to swear his allegiance to the men in red and black, even though the team is having a rough ride, on how he is a fan of RCB forever!

Shah Rukh Khan and Anushka Sharma will be shooting for Aanand L Rai’s Zero in the USA; and recently visited the US Consulate in Mumbai. 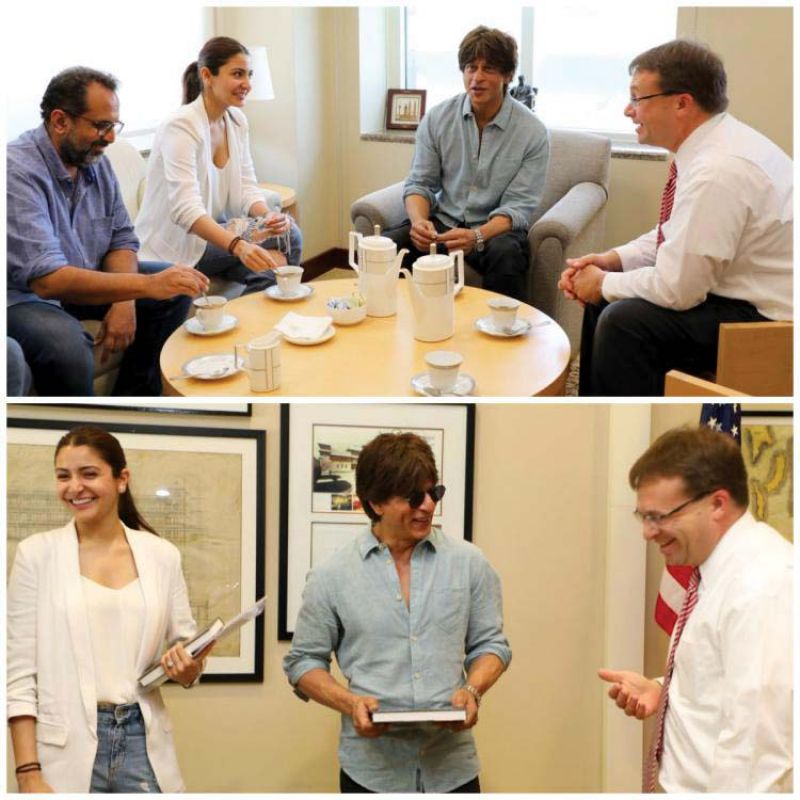 They both along with Katrina Kaif will be seen in Aanand L Rai’s directorial film. The film is set to hit the screens on December 21, 2018. The official Twitter page of the US Consulate Mumbai shared a few snaps of them having a chat with the officials over coffee. They tweeted the photos stating, “Guess who stopped by the consulate today? @iamsrk @AnushkaSharma & @aanandlrai had a great chat with #CGKagan about #HollywoodBollywood and filming their upcoming film #ZeroTheMovie @RocketCenterUSA.  Good luck to the entire cast & crew and enjoy your time in Sweet Home Alabama!”

We had spotted her in a black halter and jeans cheering hubby Kohli at the Chinnaswamy Stadium on RCB’s sole win earlier, and there are reports that she watched the next RCB  match from her trailer, while she was shooting for Zero.

When
did Mahesh Babu give fans some swoon time? The star was doing some promotional interviews for his eagerly-awaited Bharat Ane Nenu and stole the show! Sporting a stylish semi-formal look, he looked smart and proved that swag is his middle name. Bharat Ane Nenu sees him essay the role of a no-nonsense CM and stars Kiara Advani too.

What
Was Puneet Rajkumar doing in Paris? Many Kannada stars are taking their summer vacays right now. The Power Star was in the city of love and fashion seen having a gala time. He shared a few pictures that he took with the hotel staff, the Eiffel tower and the Monalisa on his Instagram handle.

Where
Did we spot Sid Mallya? He was seen chomping a juicy burger at the famed Coachella Festival. He posted it on instagram to many likes!

Why
is the voter weighing options? He seems to be mulling about the May 11 election, and whether To Vota or NOTA! Because it seems a choice between the devil and the deep sea! 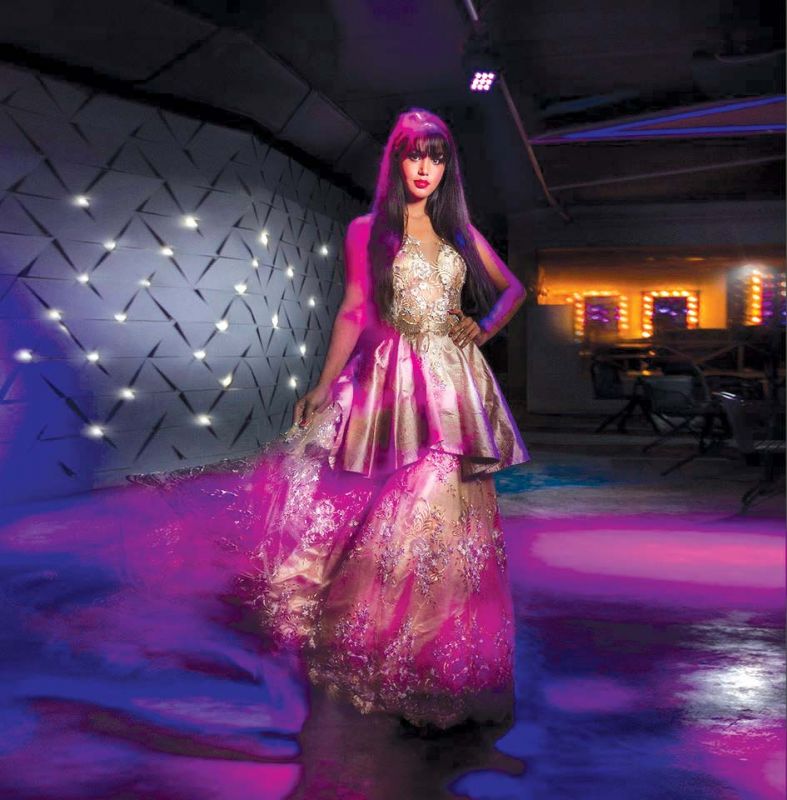 Who
is photographer Waseem Khan raving about? Waseem shared a picture from his calendar, saying, “SHOT 6 from my XU Calendar 2018/19. With the doll face, newbie model on the bangalore modelling scene, Soundarya Prakash.” A pretty face, indeed!