He has been working at the tea stall for 3 months (Photo: Facebook)

Islamabad: What might seem to be another day in your life might turn out to be a life changing one, someone who has recently experienced this first hand is 18-year-old Arshad Khan popularly known as Islamabad’s blue eyed chaiwalla.

Days after he became a viral sensation and had people in Pakistan and India drooling over him on Facebook and Twitter, Arshad has now landed a modelling contract with a popular Pakistani fashion brand called Fitin.pk, in a turn of events right out of a Bollywood film.

The boy is originally from Mardan in Pakistan’s North West but was born and brought up in Islamabad. He wasn’t able to study because of financial conditions and had been doing odd jobs through his life before finding work at the tea stall three months back.

Pakistan has #ChaiWala looking like this. Please dont bomb it, thanks. 😢😍 pic.twitter.com/uK4GhC4dik

But a photographed clicked by Jiah Ali on a photowalk through the market in Islamabad turned things around for Arshad, who seems to be living a dream as people have been visiting him and media outlets rushing to cover him. 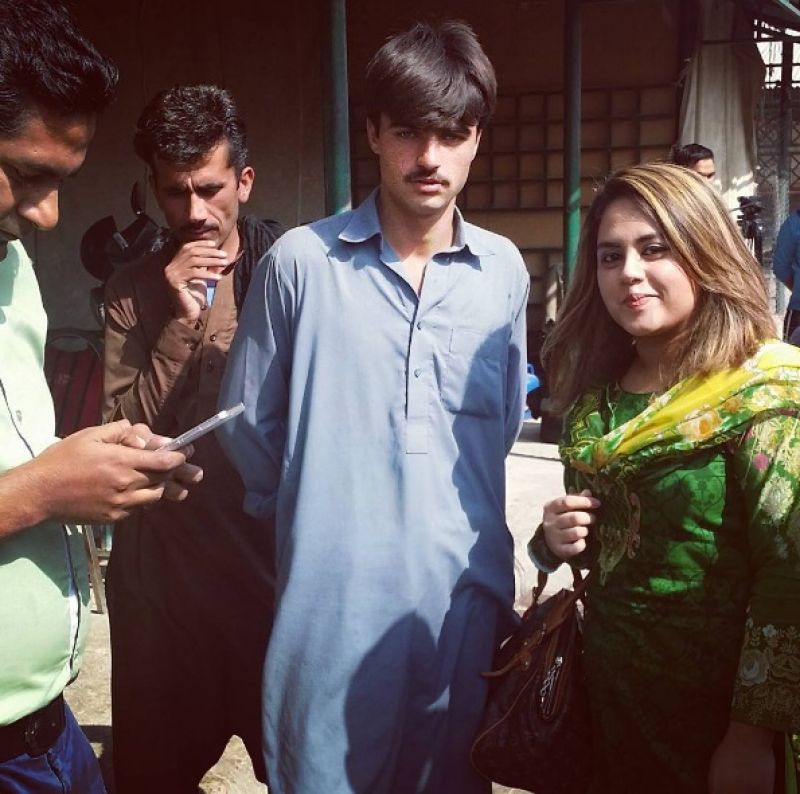 An image uploaded by Jiah Ali on public demand

She also met him and shared details about him, and also added that he is getting a lot of offers.

Arshad Khan, who has 17 siblings, is overwhelmed but happy about the attention and has also expressed willingness to work in films if he gets an offer.