Prince Harry and Meghan Markle leave after their wedding ceremony at St. George's Chapel in Windsor Castle in Windsor, near London. (Photo: AP)

Windsor: From Meghan Markle's solo walk up the aisle to marry Prince Harry to celebrity guests and a fiery sermon, here are five highlights from Saturday's royal wedding: 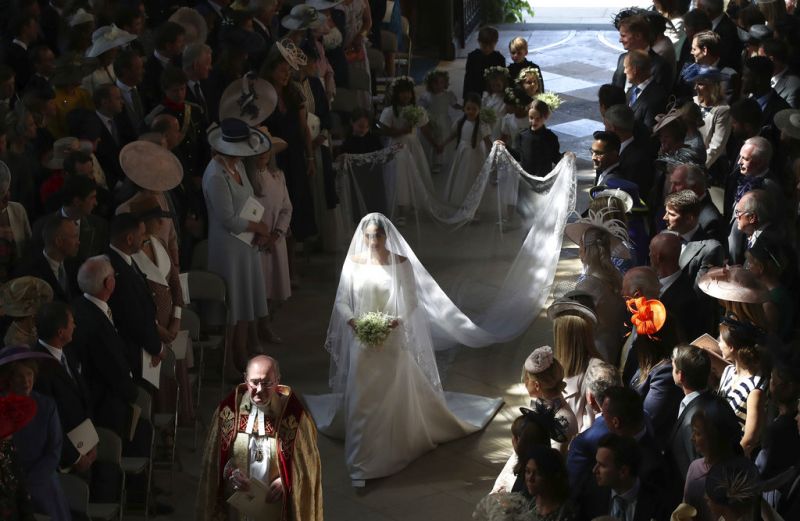 Meghan Markle walks down the aisle as she arrives for the wedding ceremony to Prince Harry at St. George's Chapel in Windsor Castle in Windsor. (Photo: AP)

After days of discussion over who would escort her to the altar, the bride made her way down the aisle of St. George's Chapel on her own in a striking show of independence.

Meghan had asked her father Thomas Markle to walk with her but when he pulled out at the last minute, undergoing a heart operation after a furore over staged photos, Harry's father Prince Charles stepped in.

The order of service -- printed before the change -- made clear Meghan had always planned to make a solo entrance, taking an escort for only the last few steps. 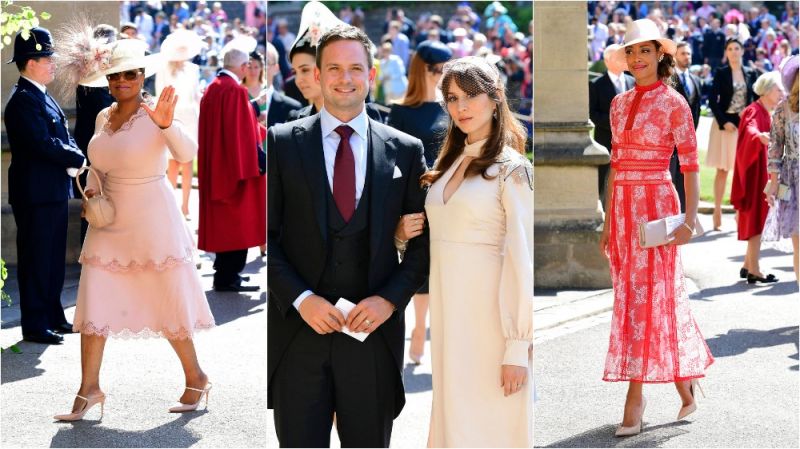 Oprah Winfrey, Meghan's onscreen husband Patrick J. Adams and wife Troian Bellisario and Gina Torres were some of those who were in attendance to the royal wedding 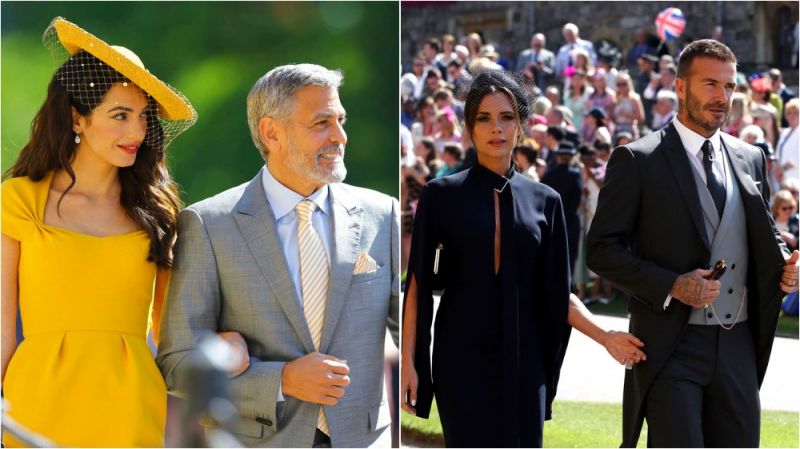 Amal Clooney and George Clooney were seen arriving for the wedding ceremony of Prince Harry and Meghan Markle. Victoria and David Beckham too were in attendance. 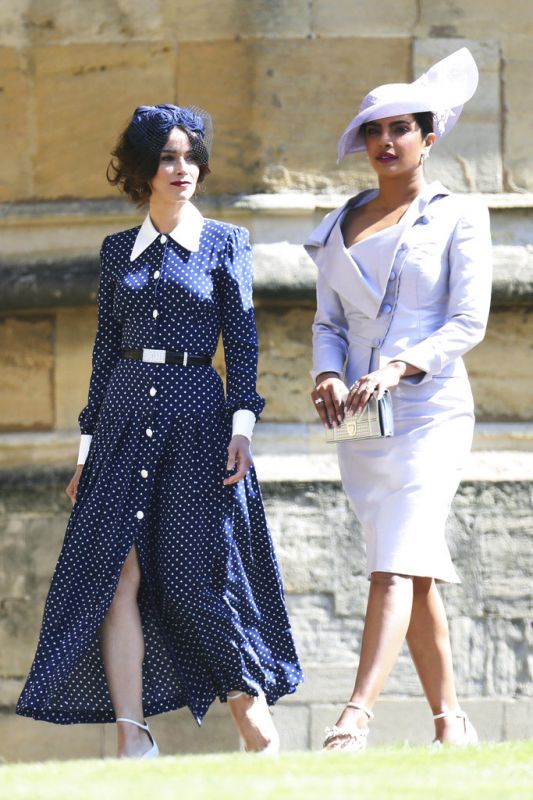 The royal couple decided not to invite any political leaders, in contrast to the wedding of Harry's brother Prince William in 2011, but the congregation was packed with celebrities.

Elton John attended in pink glasses, along with Hollywood star George Clooney, who patted a police officer's shoulder as he walked in.

Football icon David Beckham drew laughs from the crowds watching the ceremony on big screens when he was filmed chewing gum in the church -- the ultimate breach of etiquette. 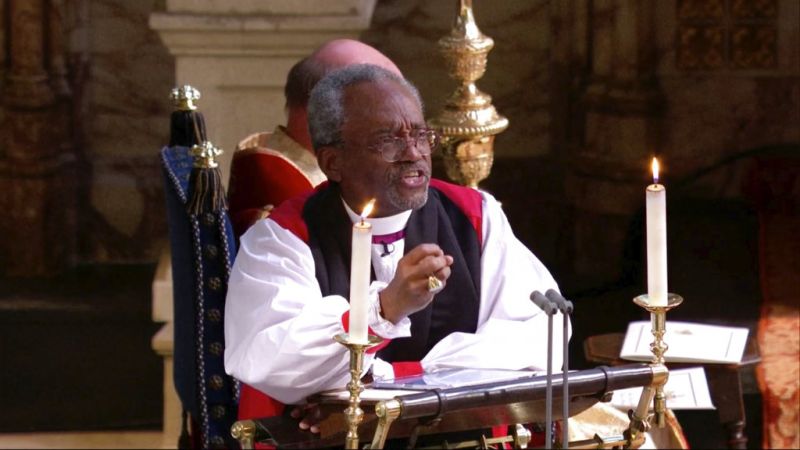 The Most Rev Bishop Michael Curry, primate of the Episcopal Church, speaks during the wedding ceremony of Prince Harry and Meghan Markle at St. George's Chapel in Windsor Castle. (Photo: AP)

Twitter was awash with clips of bemused senior royals -- including William seemingly trying not to laugh -- listening to the passionate oratory of US Anglican leader Michael Curry.

It is rare to find references to slavery and the power of love to change the world during traditional Church of England ceremonies.

But there was a lighter moment when Curry noted that "two young people fell in love and we all showed up", prompting an outburst of laughter. 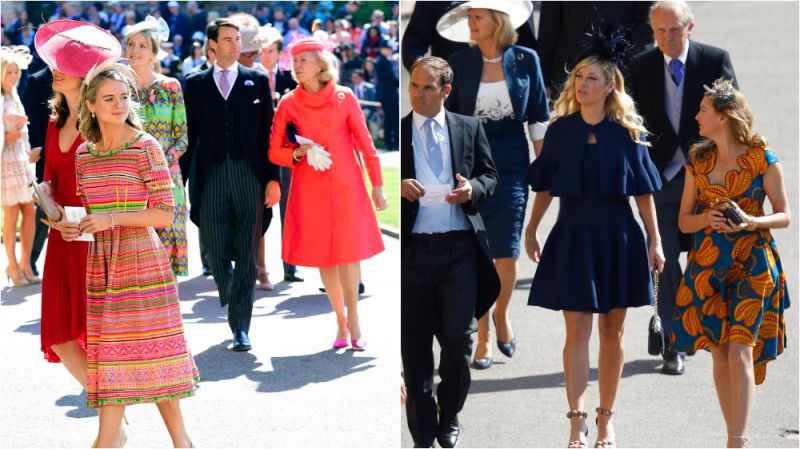 Harry's two most serious ex-girlfriends, Chelsy Davy and Cressida Bonas, were among the guests. (Photos: AP)

Harry's two most serious ex-girlfriends, Chelsy Davy and Cressida Bonas, were among the guests.

Their expressions were scrutinised by the media, and when Davy was filmed looking pensive, some commentators blamed reports that she had not been invited to the evening reception.

'Ready for a drink now' 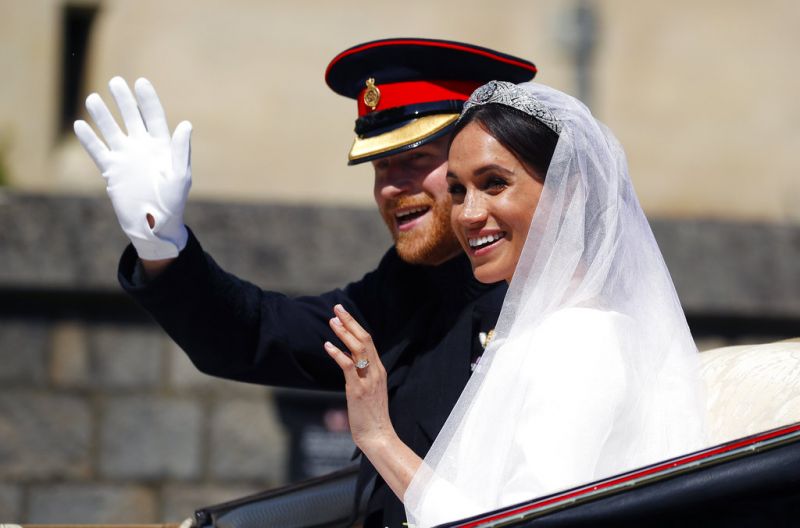 After the wedding, Harry and Meghan toured Windsor in an open-top, horse-drawn carriage, greeting more than 100,000 fans lining the streets and the Long Walk processional route back to the castle.

They waved and smiled the whole way, but as they passed through the gates, Meghan put her hand on her chest and leaned forward as if overwhelmed.

They headed to a lunchtime reception hosted by Queen Elizabeth II, and Harry quipped: "I'm ready for a drink now."