Woods was one of two expectant models to rock RiRi's lingerie in the groundbreaking show.

Slick, whose real name is Simone Thompson, sported black nipple pasties and strappy bondage lingerie during the catwalk show, which took place in Brooklyn on Wednesday night - at the close of NYFW. 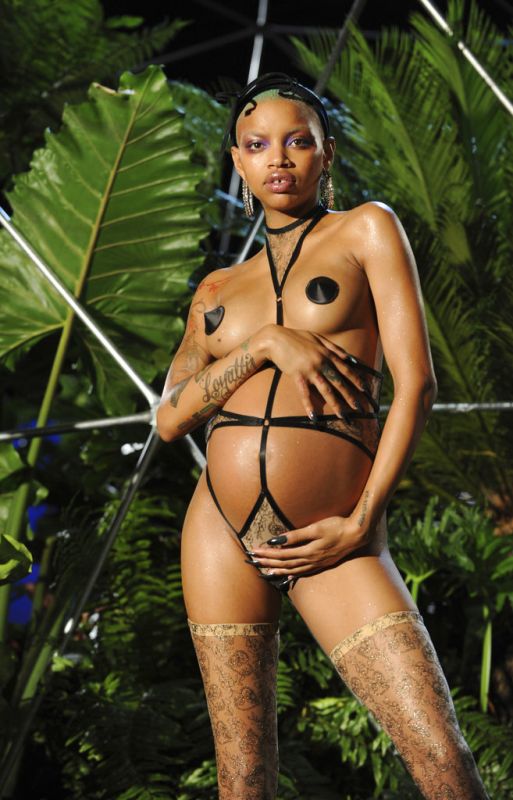 Woods was one of two expectant models to rock RiRi's lingerie in the groundbreaking show. (Photo: AP)

According to TMZ, just as the 22-year-old walked backstage, she went into labour.

TMZ added that paramedics showed up to help Slick along. She was taken to the nearest hospital.

The baby boy, whose dad is model Adonis Bosso, will be named Saphir.

Slick shot to fame after modelling for Marc Jacobs two years ago - and being cast by Kanye West for a Yeezy look book.

However, before being discovered, Slick says she lived in a drug den and had previously spent two months in jail.

Her mum Leah was locked up for manslaughter when she was just four.

Don’t be a copycat bride