An Indian bull who was found weak and injured, likely after a lifetime of being forced to toil in the hot sun pulling a heavy cart, has been adopted by the group on behalf of the happy couple and named Merry, a hybrid of the name Meghan and Harry.

Merry was found alone and suffering from a deep wound on his neck when he was rescued by kind animal lovers and given a new lease at life.

And now, thanks to a bizarre twist in fate, much akin to what fantasies and movies are made up of, Merry is all set to get a royal makeover to his life, thanks to PETA.

While the British royal family’s Prince Harry and Meghan Markle are sure to be receiving a lot of wedding gifts, both in terms of money and variety, the People for the Ethical Treatment of Animals (PETA) India has perhaps found out a way to give them a gift which may be the most unique. 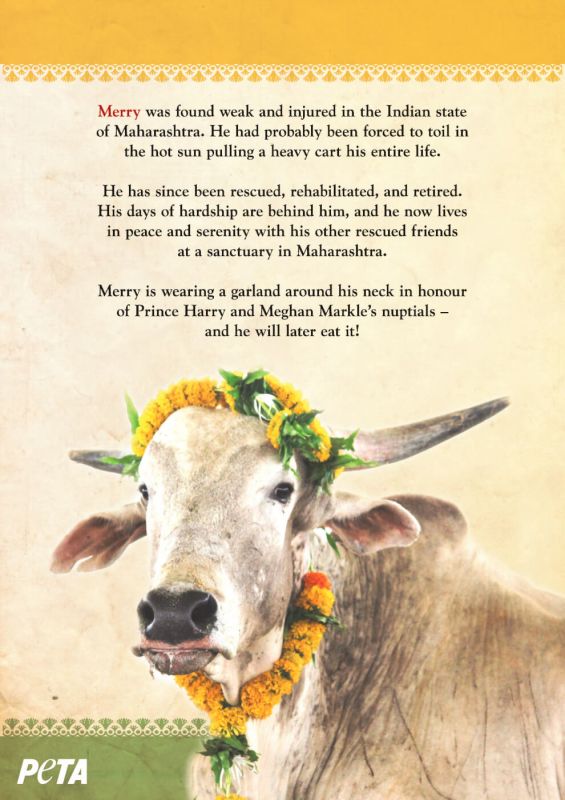 PETA frame that will be gifted to Royal Couple

An Indian bull who was found weak and injured, likely after a lifetime of being forced to toil in the hot sun pulling a heavy cart, has been adopted by the group on behalf of the happy couple and named Merry – a hybrid of the names Meghan and Harry – in their honour. He'll spend the rest of his days relaxing in peace at a sanctuary in Maharashtra, India.

Move over diamonds and rubies, Merry is here to stay. 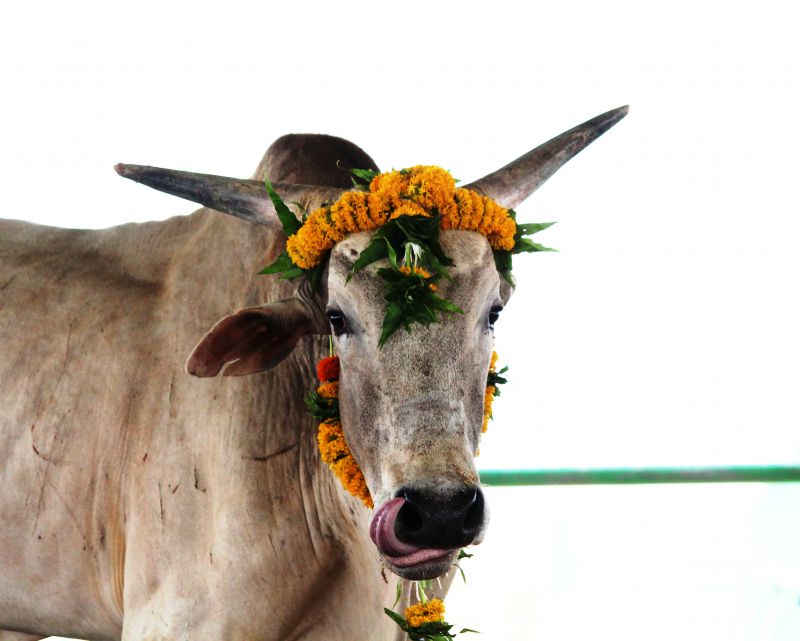 In a statement issued by PETA Founder Ingrid Newkirk, she said, “Prince Harry and Meghan Markle now have a one-ton bull to call their own. Rescuing Merry is an ideal wedding present for a couple who want their day celebrated with charitable works and contributions,”

She further went on to add, “The royal wedding is the perfect time for anyone to spare a thought for and show some love to all our fellow living beings.”

“The name is a hybrid of the names Meghan and Harry –who will spend the rest of his days relaxing in peace at a sanctuary in Maharashtra instead of hauling huge loads in the heat,” he adds.

On being asked why PETA took the decision to adopt the bull, he says, “One of the more common sights in India is that of a bullock trudging along in the heat, straining under a heavy yoke to pull an overloaded, poorly balanced cart. These gentle animals often suffer from dehydration, untreated sores, and muscle strain, and sometimes they are subjected to frequent beatings.” 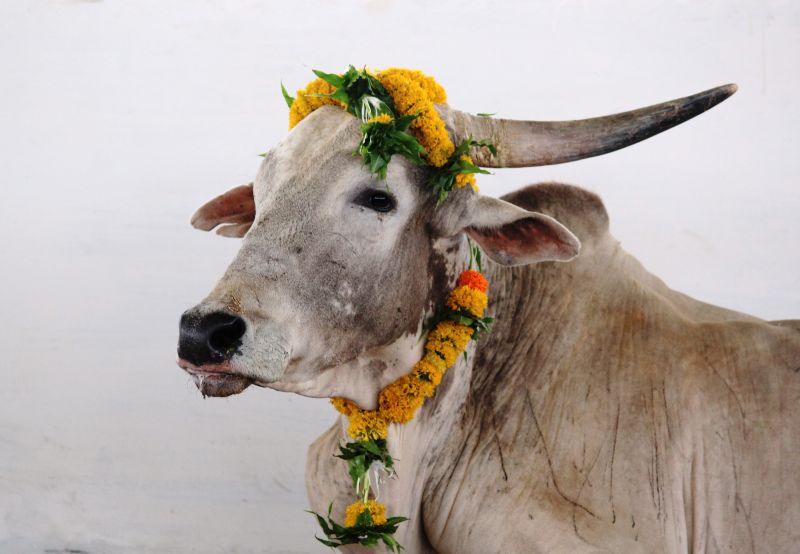 Merry at the sanctuary

He adds that Meghan cares about animals and refuses to wear fur, so it seems fitting that her joyous occasion would coincide with the joy that this bull is now experiencing, thanks to his newfound freedom at the sanctuary. The happy couple now have a one-ton bull to call their own.”

He further adds, “From publicly expressing her views on dog adoption by showing off her two rescue pups on Instagram and always promoting #adoptdontshop, to vowing never to wear fur, and even convincing her fiancé to ditch his family's annual boxing day hunt last Christmas, Meghan has always been vocal about her love for animals.”

The royal couple would be receiving a frame from PETA, says Bangera.

Merry’s wound has been treated and has completely healed, and he has found a best friend, another bullock, named Barshya, who was also recently rescued.

■Here’s Mumbai dabbawalas’ wedding gift for Prince Harry, Meghan Markle
■Royal Wedding: Prince Charles to walk Meghan down aisle after dad drops out
■Royal Wedding: Here's when to watch it in every time zone across world
■Cosmic connection? Huge asteroid to skim past Earth a day ahead of royal wedding