The special-edition sports car, which boasts a 610 metric horsepower, is expected to sell for significantly more than its Italian retail price of around €200,000. (Photo: AFP)

Vatican City: Pope Francis received some hot new wheels on Wednesday in the form of a white-and-yellow Lamborghini but he won’t be using it on the tree-shaded roads of the Vatican gardens.

The donated Lamborghini Huracan, which normally sells for more than $200,000, was signed by the pope outside his Vatican residence and will be auctioned by Sotheby‘s, with proceeds given to the pontiff to help the needy. 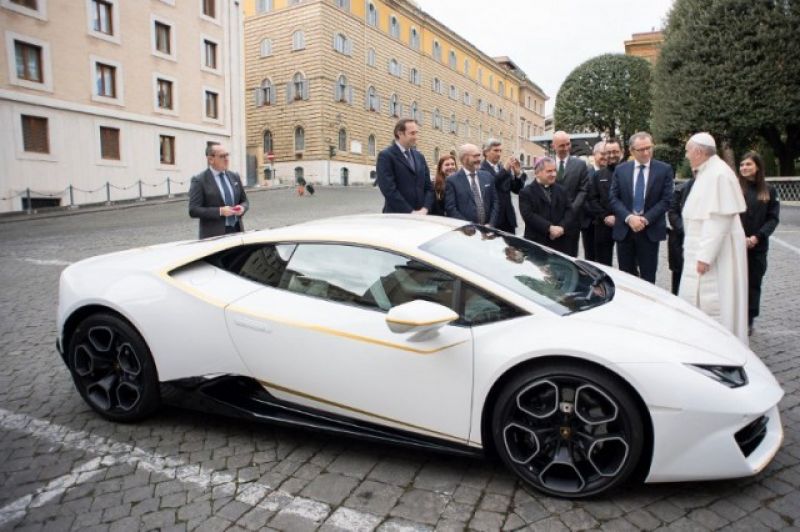 Pope in front of the car (Photo: AFP)

The Vatican said all the money would go to projects to help Christians return to rebuild their homes in Iraq’s Nineveh Plains that were destroyed by Islamic State militants.

They will also go to help female victims of human trafficking and forced prostitution and to two Italian groups which provide medical services in central Africa. 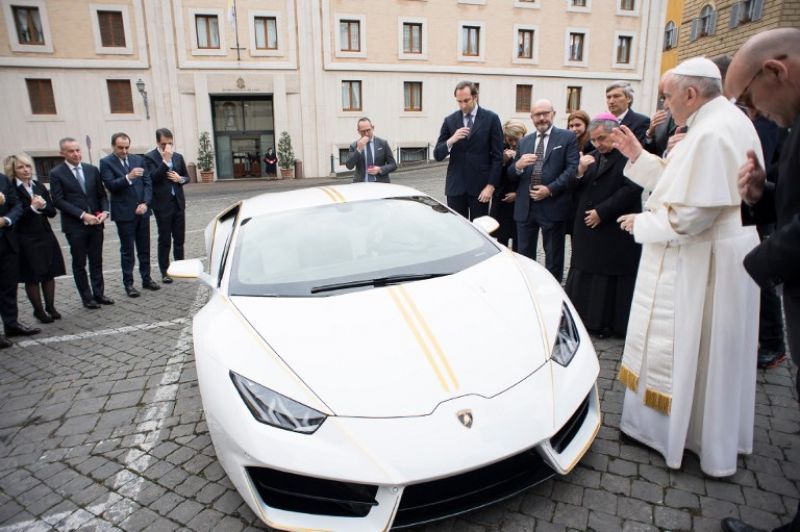 Francis has shunned the papal limousines used by his predecessors in favour of a simple blue Ford Focus.

While, white and yellow are the colours of the Vatican flag, Lamborghini is part of the Volkswagen group.

Last year the Pope ordered cars he used during a visit to Poland to be auctioned off to help Syrian refugees.

And in 2014, he sold a Harley Davidson motorbike that he had been given – and a matching leather jacket – for the benefit of a homeless shelter in Rome.