Don’t wink when you have to smile

You might think that this emoji means ‘anger’. But it means ‘proud and disdain’.

In the digital world, communication has become easier and one can express their feelings with the help of just a single emoji, those ubiquitous icons that have found a permanent place in our daily conversations. No wonder then that July 17 is being celebrated as World Emoji Day and every successive software update gives one access to more emojis.

Interestingly, while youngsters are well-versed in their use, the elderly often go wrong when it comes to using the right emojis, leading to comical or awkward situations. Misusing an emoji can at times upset someone or crack them up. Even a person who uses emojis regularly can have a hard time understanding the right meaning of an emoticon if improperly used.

The hug and flying kiss emoticons for instance, are most often misused and misunderstood. 24-year-old Anirudh Saligrama, a private sector employee shares, “We youngsters have created our own meanings out of a few emoticons which is known by many. The tongue emoticon is mostly used by us for cunniling us. But my dad sent this emoji with a banana emoji! It was an awkward moment for me. He meant to say that the banana was tasty, but it means something else for us youngsters. I couldn’t explain to my dad what that emoticon meant, but I told him not to use it with others.” 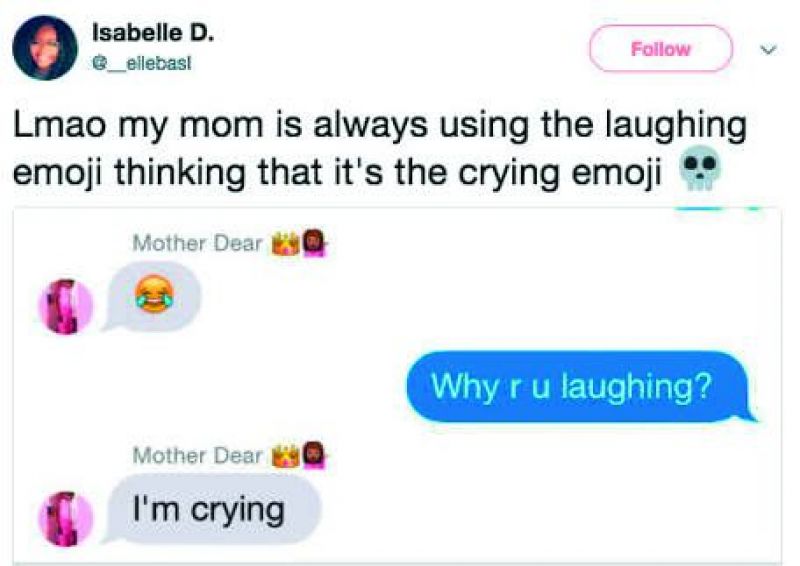 We have also all had that moment when someone sends us a smiley without knowing the actual meaning of it, with women most often at the receiving end.

Take the case of P. Navya, a city-based techie who says that someone sent her a kiss smiley for something that did not warrant the use of the said emoticon. Says Navya, “People should follow etiquette and have a proper understanding of the emoji before sending it to someone else.” 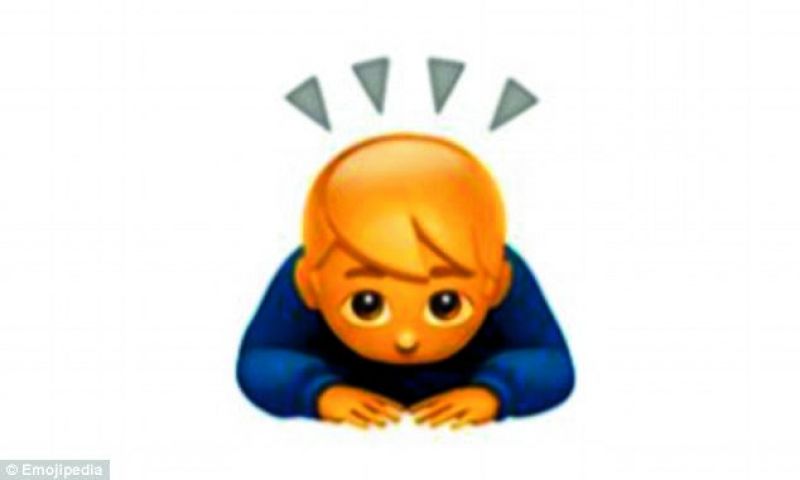 A man leaning on his forearms as if he’s doing push ups
What you think it means: Someone exercising or resting their head on their hands in a winsome fashion.
There are no push ups involved in this emoji, which shows a person performing what’s known as dogeza in Japan.
The deep bow is used to used to express a sincere apology, or to
request a large favour.

23-year-old city-based Akshay Adurthy, who is now studying in Australia, agrees and shares one of his experiences - “A few elderly people in my family often get confused between the laughing out loud and crying emojis and use them in the wrong context. Recently, when there was a death in my family, one of my uncles used the ‘laughing until you cry’ emoticon for expressing his condolences, thinking it meant crying!”

“We are new to technology and are unaware of the emoticons and their real meanings. So at times, we use the wrong ones in the wrong situations. When my daughter and I have any WhatsApp conversation, she always comes back home and explains what should be used in which context. It would be really helpful if WhatsApp informs us about the right meaning of each emoji along with the software updates,” says P.S.V Sanjeeva Rao, a 64-year-old retired bank manager.

Talking about the misuse of emojis and the importance of it in our daily conversations, social media evangelist Tinu Cherian says, “Emojis and emoticons are extremely useful to convey emotions and gestures in digital and non-oral communication. However, having an understanding of technology and modern communication methods differs for digital migrants and digital natives. For millennials and the younger generations, emojis are part of their expression. But it isn’t easy for older people to comprehend the same.”
He adds, “The best way is to teach them, especially those you know. I have educated my parents and some older relatives on commonly used emojis. But if you know that a person may not understand emojis, better to not use them rather than confuse the other person.”