Every one of us have seen keen moms with their mobile phones filming their children while performing on stage. Over the weekend, moms of the Books and More theatre group decided to flip the game. In the sweltering heat of the summer Sun, the moms of the group took to stage and decided to set it on fire.

The group which holds regular workshops for kids and train them to face the stage, decided to do something more this time. Apart from teaching the kids, they thought, why not moms? So other than training the kids, they took the moms from behind the cameras and placed them in front of them; and the mothers ended up owning the space and how!

The afternoon began with kids coming on the stage and reciting various shlokas and explaining their meanings to the audience to kick of the event in style. Then, one by one they each walked up on stage and discussed a topic; something which was close to their hearts. Then came on the moms, with a dramatic representation of the classic tale of Little Red Riding Hood. But when moms are there, things have to be spiced up. They took the tale and gave it their own tang and called it the Little Red and the Hoodlums.

This was a story of the little Red who is selfie obsessed and hangs out with a gang scarier than even the big bad wolf. Red is on her way to her grandma’s place with a basket of goodies. She takes the forbidden shortcut as that has more suitable backgrounds to take better selfies. The big bad wolf comes to eat her but is beaten, bruised and ridiculed by Red’s selfie gang that comes to her rescue. The wolf is not the one to give up that easily and shows up at her grandma’s place but is yet again met by the same fate. 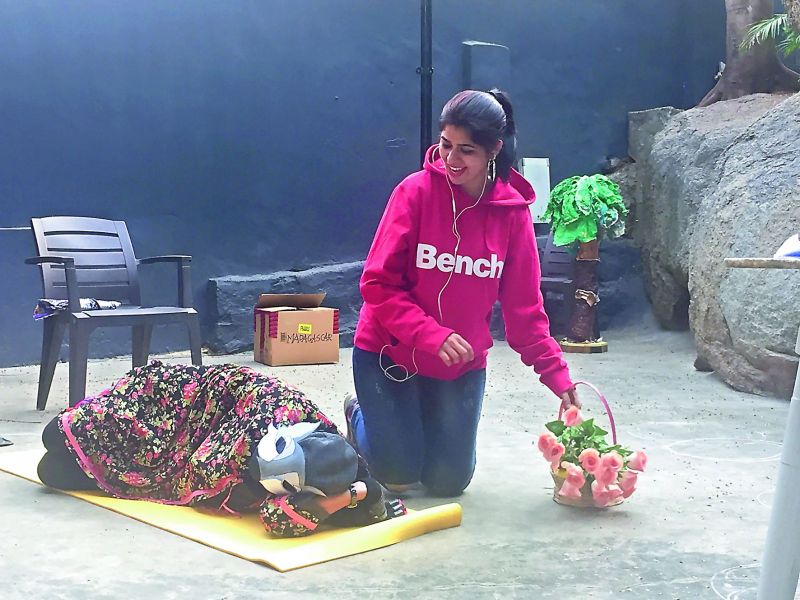 A still from the play

More than a dramatic production, this play was a stand by moms which said why should kids have all the fun? Moms are more than just moms and this was an occasion when they chose to showcase it. They are often considered as super humans who take care of the children, nurture them, shape them into better humans while simultaneously keeping the world around her children in order. But at Lamakaan, it was proven that they can also do much more. Go team Moms!