Agnishwar Jayaprakash has one too many accolades for a 26-year-old. We catch up with the young entrepreneur, who is representing India as the Outstanding Youth Delegate for his work towards sustainable development. A former international swimmer, he quit the sport to take up entrepreneurship. Although his career may have flourished as a swimmer, he wanted to help others build a career. It hasn’t been an easy life for him. “I was not born with a silver spoon. My father started off as an employee in a photocopying company and went on to establish the Agni Group of Companies. It’s your typical rags to riches story. But it helped me understand the importance of money and hard work.”

Agnishwar started swimming at the age of three — it came to him naturally. He competed at the age of 14 and, until three years ago, it was his career. Quitting was hard, but he apparently doesn’t regret it. “It’s not like I was forced to quit swimming. I realised that I had talent and ideas that needn’t be confined to a pool. I consider myself a creative person who can come up with solutions for problems by efficiently using resources at hand. And honestly, I think entrepreneurship runs in the family and came easily to me.” Although he gave up swimming, Agnishwar says that it contributed a lot to him in life too. “Swimming is like a full-time business by itself. I spent 12 hours working out everyday. And competing internationally meant meeting people from different nations, and that helped me with my people skills too.” 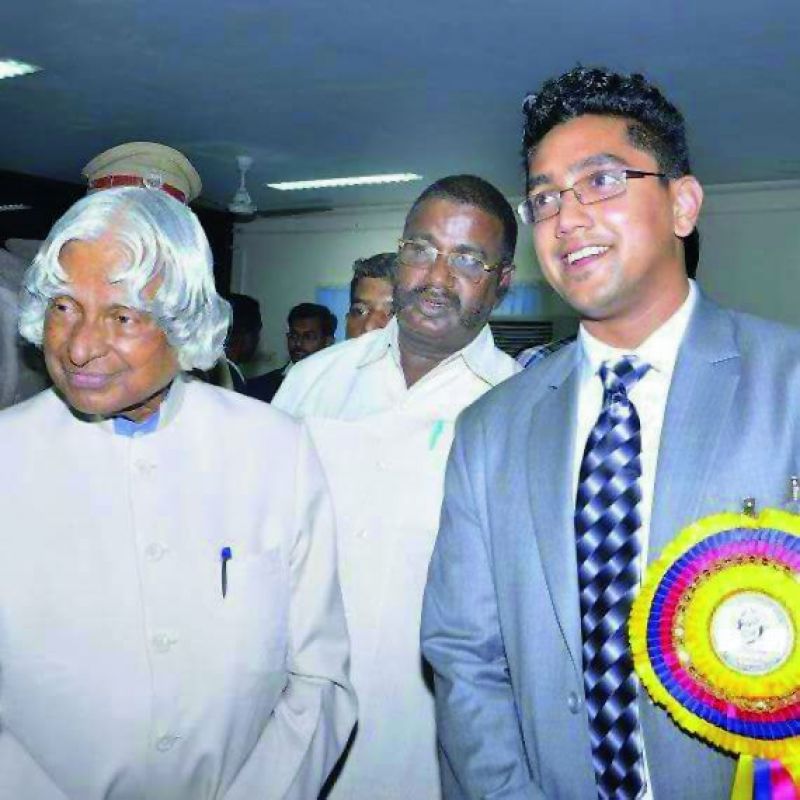 Being an entrepreneur now has improved his social life considerably. “My social life was pretty much non-existent then. I met the same people every day and my only focus was on swimming. But now, I get to meet so many new people and learn many things from them,” he says.

While Agnishwar and his team of students designed drones to help social groups, we prod him about his affinity to technology. “These days, tech-savvy just means being active on social media, I guess. But for me, it’s all about putting technology to material use. What was new 10 years ago, is now obsolete. So, it is important to evolve along with technology. I am always excited for what the future holds, but yeah, you can say that I am pretty selective about the gadgets I possess,” he says.

Amidst his different activities, Agnishwar’s pet peeve is film making. “I love to make and edit films,” he admits. He conceptualises the Doordharshan TV show Ezham Arivu about innovation and ideas among school and college youth. The show has now crossed 90 episodes and is top ranked in the channel. “To take up this show seriously and produce it in 20 regional languages is my goal as of now,” he says, signing off.