Coming from the former royal family of Travancore, Prince Rama Varma is an exponent of the veena and Carnatic vocalist. He is a direct descendant of the former Maharaja of Travancore, Swathi Thirunal. And he has many stories to share, spanning many decades.

Rama Varma considers the great Belgian singer Jacques Brel as an inspiration, and performs music as a special recital, which is rooted in his classical training but inventively explores his international influences. 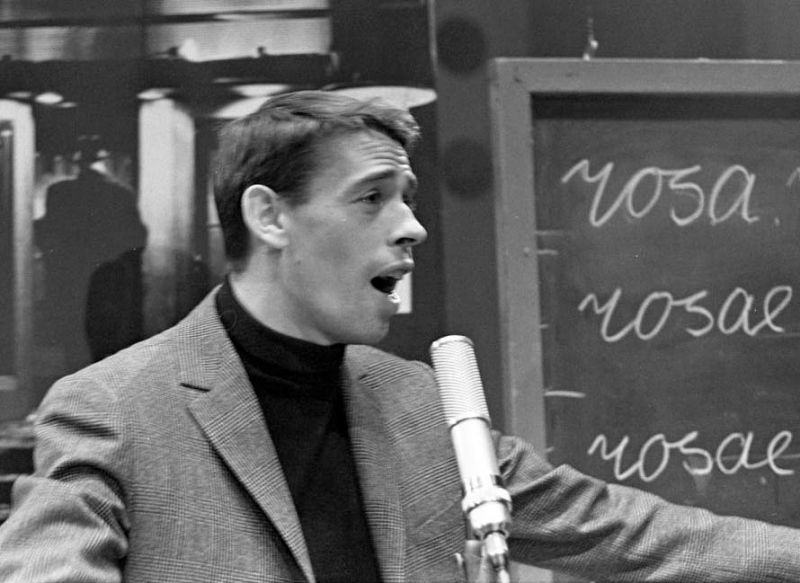 “When I first heard Jacques' songs, they didn't strike me much. It's only after I learnt the French language that I understood his lyrics, and that's when it hit me. And I started singing it for my own pleasure” says Varma.

Rama thinks music since music has no language, learning different languages was nothing new for him. He can converse in Telugu, Tamil, Kannada, English, French and his mother tongue Malayalam.

For those who are new to Belgium's rich musical culture and want to initiate themselves into their music, Varma suggests musicians like Jacques Brel, a Belgian singer and songwriter whose literate, passionate songs made him one of the most popular French-language musicians in Europe and gained him a worldwide following.

“I never ever thought that I will be performing the Jacques Brel songs live. It was quite surprising when my French friend Daniel approached me to accomplish his songs.”

Mark Van de Vreken, the Belgian Consul General of Chennai was mesmerised by his Rama's performance at the launch of the Belgian Consulate in Hyderabad earlier this year. “The Belgian people started taking videos during my performance. Their faces turned bright when I suddenly transformed from Indian songs to Brel's songs. It was very heart-warming to witness that,” relishes Rama.

Known for performing classical music and lending his own unique flair, Prince Rama Varma has covered songs by many renowned musicians from different eras, some as old as those sung during the era of the Kingdom of Travancore.

Rama Varma is said to have launched into a Rabindranath Tagore poem, he sings the poem where the lyrics are more powerful and emotional. He elucidates “it was music that gave a sense of purpose and direction,” there is solemnity in his tone. “It brings people together, music has no negative impacts.

His urge to blend education, aesthetic sense and entertainment, he says, was inspired by the elaborate introductions he found on Western classical music albums he assiduously acquired as a teenager. Nevertheless, he clarifies that he is learning music more than teaching to his students.

Rama was also one of the first Carnatic musicians to ride the new-age wave of social media in the previous decade. With the help of YouTube - then just a promising video platform that was a pale shadow of the behemoth that it is today.

Varma promoted his music through a channel called musiquebox, where he now has more than 30,000 subscribers.

Spotting the twin contrasting spirit within him, irreverence and a deep spirituality Rama concludes saying, “Any day, any minute we may die, but the music we create will be perceived evermore.”