Celebs on the catwalk

Ananya Panday walked the ramp in LFW for Anushree Reddy.

When a well-known celebrity just doesn’t stop praising a designer they hardly know, it’s hard not to notice the in-your-face paid association popping up on social media, press conferences, and public platforms of the actor. While indirect marketing via celebrities is one of the easiest ways to get attention for a fashion label, it is also tragic to observe how everything gets overshadowed when a famous actor walks for the designer and charges a bomb to tag along for media bytes, Instagram posts and fake smiles throughout the event.

At the recently concluded Lakme Fashion Week in Mumbai, almost every other show had a star showstopper, while some other actors tweeted from the front row as paid deals. Looking at this, one wonders whatever happened to the “real” admirers? Just like the West, Indian designers too never liked mixing Bollywood with mainstream fashion, but it is slowly becoming a norm. At a recent public talk, designer Rohit Bal reportedly expressed his displeasure and said, “The showstopper is mainly used by a lot of people as a disguise for the lack of their talent. The history of your entire show is entirely dissolved within the given fame of the star. It takes away from the entire hard work of the designer. That 15-second-long walk of showstopper is all that is remembered about that show.” 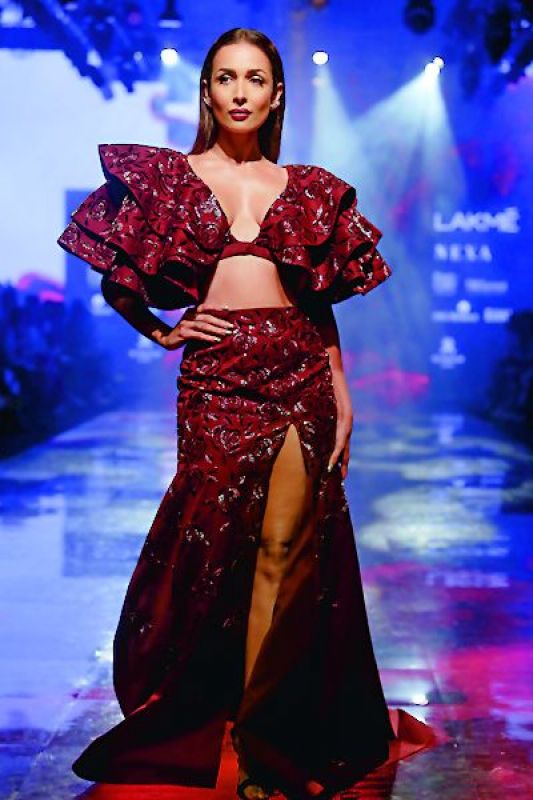 It is not unusual for celebrities to make more money through runway shows than what they actually make from their work. However, the deal comes with peculiar pros and cons, as Delhi designer Vandana Malhotra points out, “When a well-known face walks for your brand, it automatically attracts a new target audience -- the fan following. The bigger the celebrity, the larger audience base you get to invite in. However, some celebrities are really huge and their popularity can instantly overshadow the brand. If this happens, spending millions of dollars on such shows starts to make no sense at all. Some advertisements even focus on celebrities too much, that there’s absolutely no brand recall. Also, if the media is focusing more on the next movie of the celebrity on your brand’s press meet, then this is a sign that you’ve made the wrong choice. Many times, celebrities take away the charm of outfits. Many designers are now standing up against this trend, and a few brands have also expressed that a designer works on
the collection, karigars puts in their hard work so paying an actor a huge amount is not fair.” 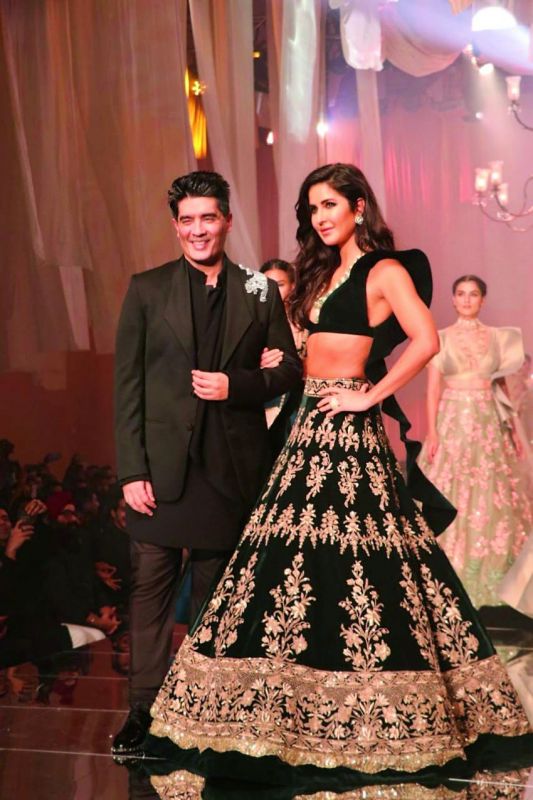 Unlike the West, India’s fashion industry is driven by Bollywood and not the designers, so actors carry higher brand equity than a designer at times. Two critical factors that contribute to this trend are -- poor quality products and unorganized fashion sector, which confuses the consumer and hence a celebrity endorsement is required to gain trust. Secondly, due to low fashion consciousness, people follow Bollywood to set trends instead of experimenting with own style. Designer Suruchi Parakh adds, “The biggest disadvantage of getting a celebrity on board is the focus goes away from the design. The time, effort and cost spent behind hiring and managing celebrity may not have ROI. Many celebrities charge a lot of money, and the price range may vary from 5 lakhs to 20 lakhs per show. At the recently concluded LFW, print and social media reports mainly talked about which celebrity was a show stopper for whom.” 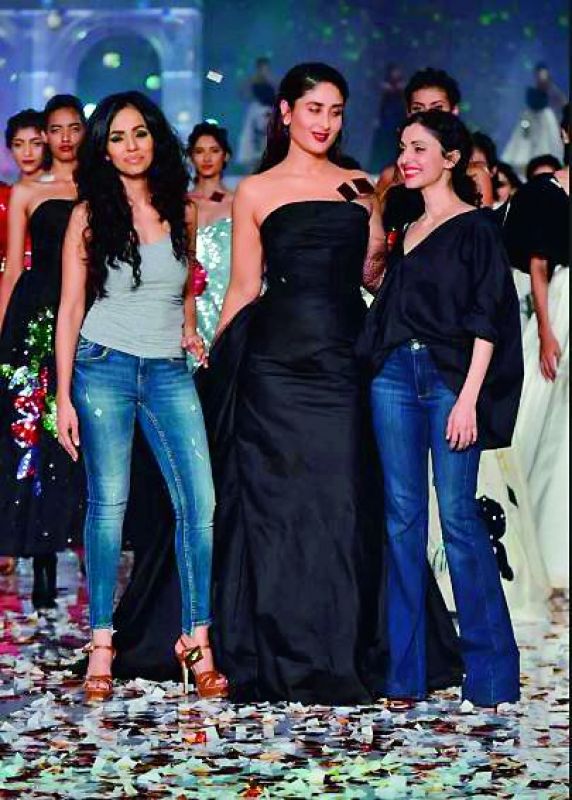 Kareena Kapoor Khan for Gauri and Nainika at the recent concluded LFW.

Undoubtedly, celebrities and influencers have a great role to play in promotions, but the fashion world’s obsession with stars goes wrong when a celebrity gets all the attention instead of the clothes. Brands pay a huge amount to hire an A-lister showstopper but it takes away the attention from other models, opines Mumbai-based designer duo Shivangi Bajpai and Neha Sharma of the label Pinessaa. The duo mentions, “Designers have to take care of all the major facilities, from travel expenses to accommodation for the celebrity and their team. Stylist, hair, and makeup are all included. The team tries to bring the best outcome for the label and its attire and that’s what designers look forward to after providing all the essentials they quote. As much as the outfit is highlighted by a celeb wearing it, the celeb also benefits by making an appearance. For a growing brand, it’s good media coverage.”

Fashion and celebrities go hand-in-hand, and a fabulous outfit on a popular actor always manages to get positive remarks from media on the runway which uplifts both the parties. Hiring a celebrity can get quick publicity but it shouldn’t become a norm says designer Tanieya Khanuja. “I have hired celebrities for my runway shows but I feel that it should not be a compulsion for anyone to do so. A lot of times, celebrities are styled by designers for events, shoots and red carpet shows and the relationship builds over a while. For a celebrity, runway shows are a good source of income and it gets them publicity as well,” sums up Khanuja.