For the longest time, women have been fighting for equal representation across several fields. They have since come a long way, so much so that there are now websites like She The People and The Ladies Finger, that solely focus on representing sheroes, covering important gender issues. Despite the tedious journeys that women have taken, the process continues as we still aren’t being seen as equals when compared to our male counterparts. While the progression towards gender neutrality seems to be moving at  snail’s pace, women from different fields talk about the challenges they continue to face on this long journey towards equality. 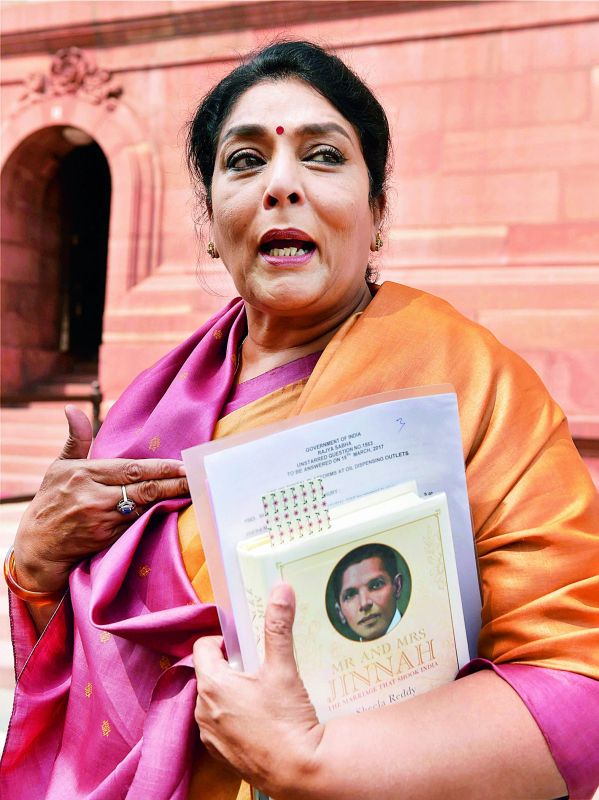 MP Renuka Chowdary admits that women still face bias. “When women talk about an issue which is not considered feminine, take for instance finance, they are not taken seriously or understood because there is a stereotype attached to women and about how they can only be good at certain topics. Whenever I spoke about agriculture, my colleagues and other bureaucrats would wonder how a woman like me can talk about a male-oriented topic such as agriculture,” she says.

If a man says the same thing the next day, even if it is done less effectively, he is taken more seriously,” she says and adds, “The tragedy is that to combat this, women in politics have to work twice as hard. People have been conditioned into thinking that women cannot do well in certain fields, but that is only because women have not been given that exposure! If they are, women too will do just as well as men. We need to constantly keep trying to break this conditioning. These websites will help us do that.”

Actress Adah Sharma says that women in our villages have it worse. “These platforms are great and give women a voice. However, they don’t cater to the women in villages. They don’t have access to the Internet,” she says, adding, “Nevertheless, I would like to acknowledge the efforts being made towards achieving equality. In most industries, it’s a man’s world. Luckily for me, my parents never stopped me from doing anything because I’m a girl. As for the industry, I have never had to face anything unmanageable. When compared to what women face in smaller towns, what I may be going through is nothing. Girls watch their brothers go to schools while they sit at home.”

According to Dr Zulfia Shaikh, founder of the Bangalore School of Speech and Drama, no change happens overnight. “It takes centuries for a cultural pattern to change. Things are looking better now. Men are also starting to recognise the capabilities of women in all sectors. Women were being made to feel like their opinions didn’t matter, but there has been a shift because of these websites that give women a platform. Theatre is a progressive field as there is no bias here except for when it comes to maternity leave,” she says.

Stand-up comicomic Sumukhi Suresh believes that inequality lies in the audience. “I get asked why I do women-centric shows and I say that it is because the audience is always male centric! Once, somebody told me I was the funniest female comedian and they meant well, but why was the segregation there? Crass jokes are okay if they come from men, but the second I make one, I’m greeted with silence,” says the stand-up comic. “Every other website or article is male-centric so I think the websites are doing a good job of giving women the space they deserve. They should be targeted at people who aren’t aware of their basic rights and don’t have a holistic approach of how things work.”

Samyukta Hornad, a Kannada actress who is currently playing the role of a girl whose work drives her more than her personal relationships, feels strongly about the matter. “The second we start putting our foot down and demanding the respect we deserve, things will change at a faster pace,” she says.