Soha Ali Khan has a lot going for her. The actress gave birth to a baby girl in September, and now has launched her first book. Surrounded by her family, the actress began a new chapter of life. But a certain someone hijacked this life event. At Soha’s event, her sister-in-law Kareena Kapoor Khan was seen over-dressed for the occasion. Donning a bright red cocktail dress, the Jab We Met actress overshadowed even Soha, who was dressed in a simple jeans and T-shirt.

Far away from these celebrated circles, one may come across such instances of upstaging in real life as well. Life coach Khyati Birla believes this kind of behaviour stems from a deep sense of insecurity. “It is quite common to see people do these things to others. If an individual’s focus is only on themselves, they spend a lot of time and mental energy to overcome this feeling of insecurity,” she says. 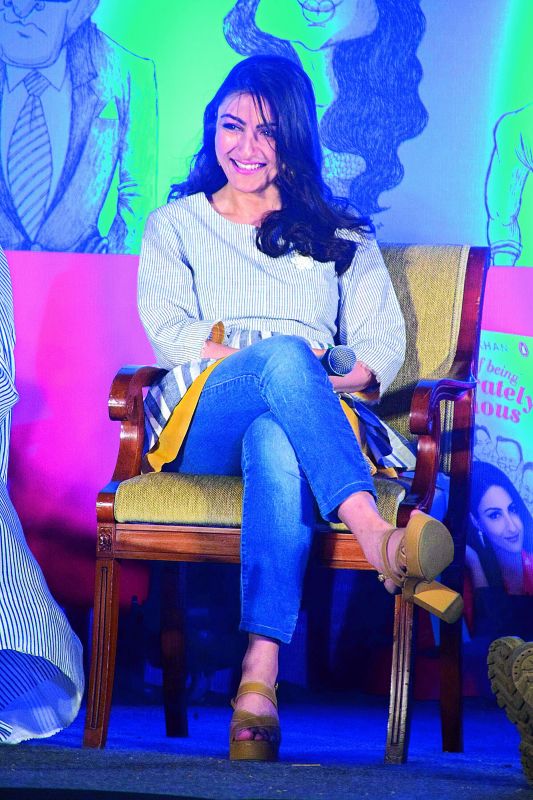 This behaviour starts at a young age, says consulting psychologist Kinjal Pandya. “As a result, it becomes a habit of people so much so that it is ingrained in their personality, becoming a trait,” she explains. Kinjal further explains that people who like stealing other people’s thunder are deeply concerned about their own well-being. At times, they could even go to the extent of disregarding others. “They are always very keen on standing out,” she explains.

The only way to correct this behaviour is when the perpetrator realises they are in the wrong, and decide to change this attitude. “The person needs to be aware that as a result of this behaviour, they are hurting others around them or causing discomfort,” explains Kinjal.

At the same time, it could be easier than expected to let them know about what they do. “On occasions where someone attempts hijacking others’ days, everyone else present there knows about it and the perpetrators automatically become the subject of ridicule,” Khyati explains. Adding to this, Kinjal points out that because of this trait, they also attract a lot of negative energy.

Khyati further explains with the help of an example. “For instance, if a guest is wearing a heavy red dress at an Indian wedding, everyone talks about how unfair they are being to the bride,” she says. The life coach also suggests that if you are ever stuck in a situation like this, the best retort is to not do anything about it. “If it is an important day for you, don’t worry about somebody else hogging the attention because all eyes are going to be on you alone, no matter how much someone else tries. So, I suggest taking the higher ground and not discussing anything about the issue with the perpetrator. Let it pass — they will learn from their mistakes,” Khyati concludes.