The Comic Con is on!

Naini with a model of Hulk at the Comic Con, Hyderabad

It was a given that if you walk into the Hitex Exhibition centre come Saturday, you’d be swamped with hardcore comic book fans and cosplayers at the Comic Con 2017. The arena, buzzing with activity, played home to several artists featuring and selling their work in various mediums — doodles, art with nails or funky t-shirts — to an enthusiastic bunch of quirky comic art lovers. 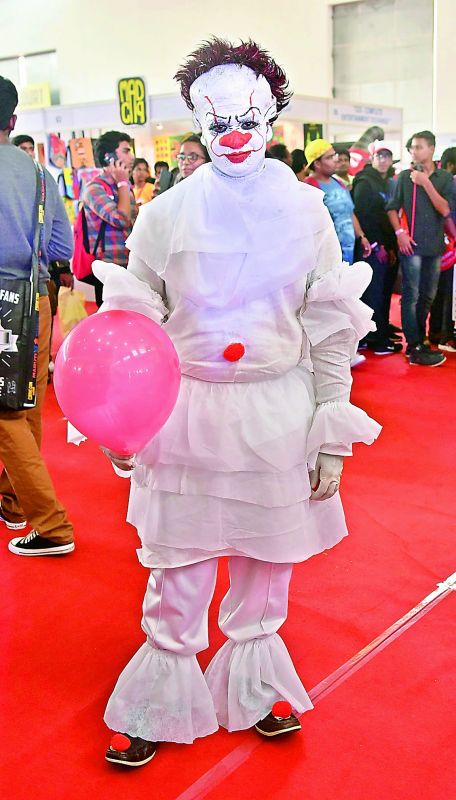 Shubham dressed as Pennywise from IT

One such artist Sailesh Gopalan, whose art goes by the name of ‘Brown Paperbag’, and whose comics have gone viral, was present at the venue with fun posters portraying art around typical Indian mentality. On the other hand, international guests, Martin Morazzo and Joe Harris, creators of the popular comic The Great Pacific, were also seen interacting with the crowd. Martin’s sketches and Joe’s storytelling have captivated many. Joe has also written for the silver screen, worked with both DC and Marvel Comics, and is the creator of the in-continuum graphic novels of the X-Files series. DJ Elliot was another international guest who stood out in the crowd due to his loud outfit that screamed comics. He played his signature nerd-centric tuned with an Indian twist. 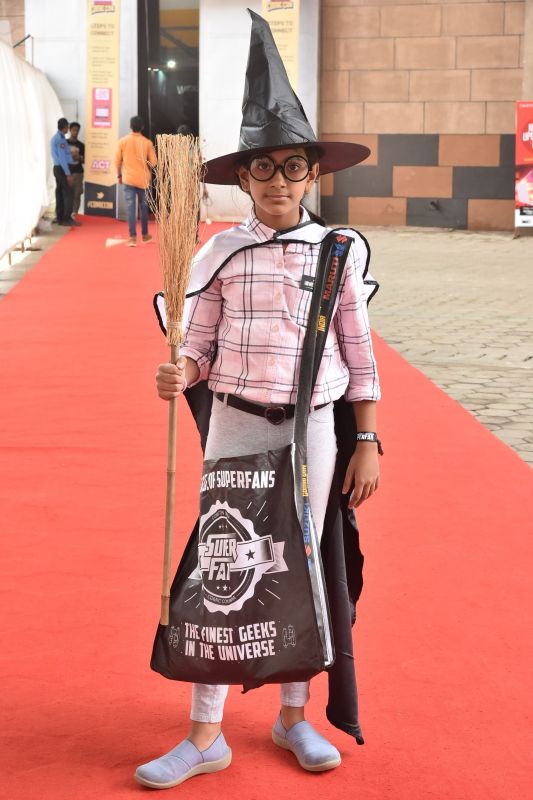 Ayushi, a superfan at the event, dressed as Harry Potter

There were some ‘superfans’ in the crowd who did not hesitate to flaunt their obsession. With capes, a bag full of goodies that they received and a cool extendable sword in one hand, they seemed to be truly living up to the title. Two such fans, Tasneem and Nisrin, came all the way from Chennai just to attend the event. “We have grown up breathing comics. Teachers would discourage us from reading comics and they would ask us to read novels instead, which is so wrong! There’s so much to learn from comics!” they shared. 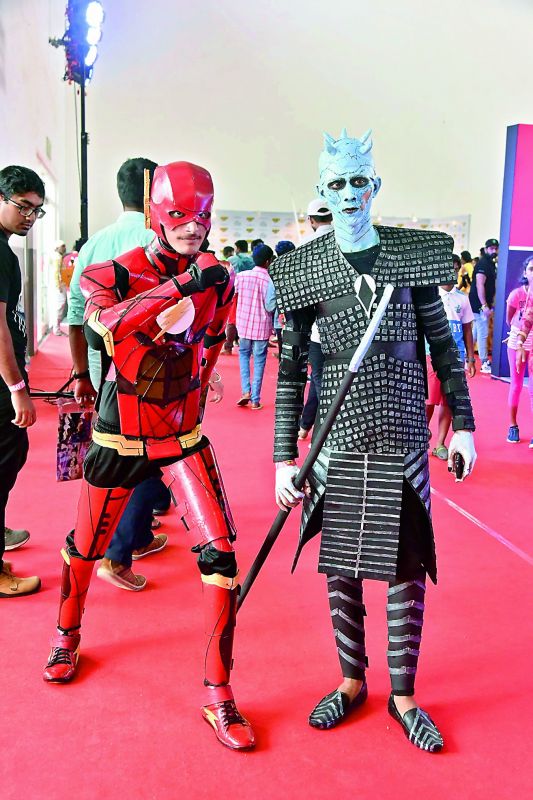 Tejodeep and Ashutosh as Flash and the Night King

Film director Nandini Reddy was also spotted in the crowd with her nephew. “I’m a big comic book fan and even now, I have a huge collection and they are my most prized possessions. I’ve been to other Comic Cons and I thought I’d check it out in Hyderabad. It’s a little damp, but it’s only the beginning so let’s see,” she said. Although the event started slow, it was quite a spectacle as the day progressed.