There are no other words to explain how Priyanka and Poonam Shah’s Bharatanatyam fusion video was perceived the world over, except that it was mind blowing and even re-tweeted by the twins all-time favourite artistes, Chris Brown.

“The video was shot in our kitchen, yes. We had no idea this would become viral as we made it because we love experimenting with Indian and other dance styles to express our Indian-American duality,” say the 24-year-old twins who were born and brought up in the US, but have their roots in Surat.

Recently, Poonam and Priyanka were in Hyderabad to shoot a commercial and were seen performing their first viral Bharata-natyam/Popping jugalbandi-like choreography.

“While working for the family business — our parents are hoteliers — we continued to expand and diversify ourselves, having recently spent six months in LA to learn hip hop styles. We are not professional dancers, but have always loved creating art. Through combining Indian styles of dance with other styles, we find an outlet to express the parts of ourselves that are both Indian and American, irreversibly intertwined,” they add.

With degrees in Business from University of Illinois at Urbana-Champaign – Poonam majored in finance and Priyanka double majored in accounting and management — the twins have also been participating in numerous dance shows. 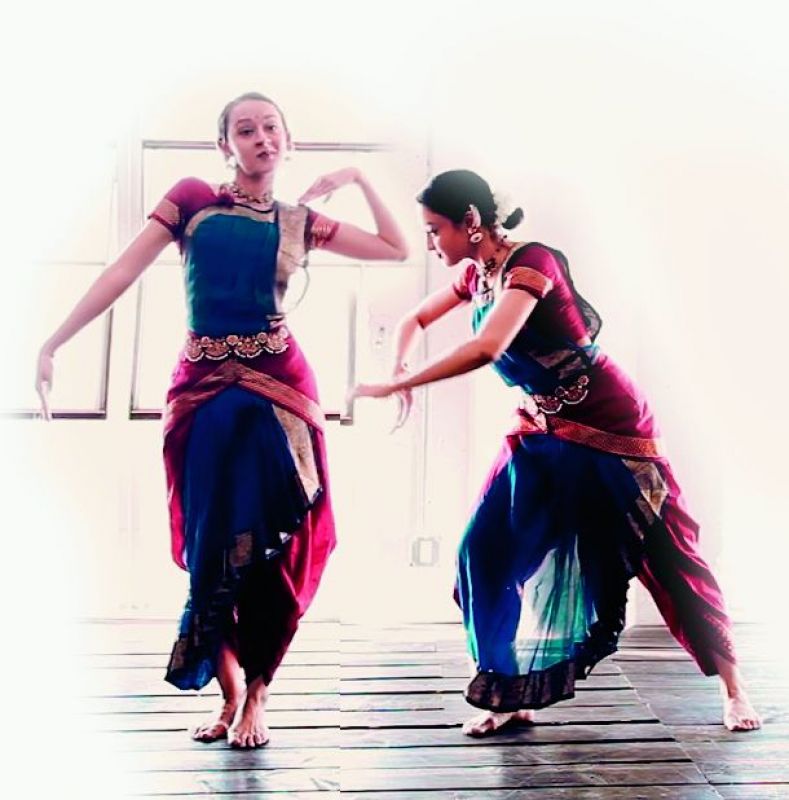 The fusion video that the girls put up has 4,48,422 views on YouTube

“‘The fusion video… we just put it up on Facebook for fun, and it was overwhelming how well it did! Just insane! We watched the numbers go up in disbelief.

“Ironically, we’ve spent more time on many of our other videos, but on this one we only spent a couple hours to choreograph and a couple hours to practice/record. But it was so heartwarming to see the reaction, and really encourages us to keep experimenting and dancing,”’ say the twins who are scheduled to come to India soon for more projects.