She mastered the class of trolling and you are going to love it.

And then as per Cunningham some random person who followed her tweeted this back at her.

And then she mastered the class of trolling and you are going to love it.

Her tweets were retweeted hundreds of time.

@voldemortsbicep i'm so sorry but this was truly perfect pic.twitter.com/qswbc5rHc5

Later she took a screen shot of her conversation and within no time it went viral all over the Internet.

Not all heroes wear capes pic.twitter.com/4rHzDWIBKd

“The majority of the reactions have been really great! Lots of slow clap GIFs and crown emojis haha, it’s been pretty fun. Obviously, there are plenty of mean @’s, mostly from people who have apparently never been condescended to, or people calling me a sociopath for this ‘game,” Cunningham told BuzzFeed news.

The guy whom she trolled tweeted back saying he has never been stuck in such situation ever. 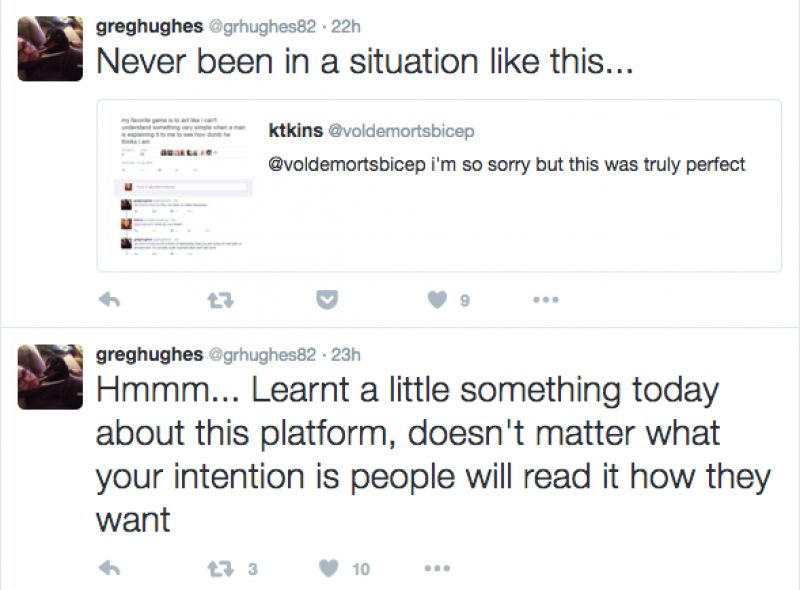 “He says he was playing along, and we had a pretty legit talk about the fact that sarcastic or ironic misogyny is inadvisable on a platform where you can’t read tone,” Cunningham said. “Apparently, he’s been pretty shocked at the people defending him and criticizing me, which just proves my point: So many men @ me horrible, condescending stuff (this morning I got a DM that just said ‘cancer’) that there’s no way to tell who is serious and who is ‘joking,” Cunningham said.