A solar system & other galaxies

Windows can be a great way to save energy.

It’s wintertime now, mornings are chill and hazy, fans are gathering dust, and all we want to do is luxuriate in the cool, and try to forget the impending summer!

Nowadays though, summer doesn’t mean trips to grandma and the like, but keeping a bored kid entertained through long hot days, fans whirring, ACs running 24/7, fridges working overtime, all of which translates to huge power bills! I’m sure all of us remember the constant nagging we heard from our parents, to switch off lights and fans every time we left a room. It’s something I still forget to do sometimes, but happily pass on the refrain to my young fella instead, as it’s at the forefront of our war against the electricity bill going through the roof!

This got me thinking of how to nip that wallet-drainer in the bud, so here are some ways to do just that, which I hope we can all implement.

Light it right
The most common ways to reduce energy in lighting is through the use of energy-saving CFL and LED bulbs. These save up to 75 per cent energy and come in warmer colours and diffuse filters as well, to go along with your home’s ambience. While they’re more expensive than conventional bulbs, they mostly start paying for themselves in nine months and then save you money after that. LEDs are today, a very rapidly developing technology, and their use is becoming ever more popular now.

HEATER Etiquette
In the winter, the hot water geyser is a lifesaver for all, but also so energy-hungry! Solar hot water systems collect free heat from the sun and transfer it to the water placed in the tank on the roof, for bathing and running hot water in the kitchen, and elsewhere. A 25-litre solar system can easily serve a family of four. Most solar water heating systems come with a longish warranty and require little maintenance. The costs too are generally very low after the initial outlay, and in some cases, the excess power generated by such a system can even be fed back unto the grid to earn you some money and more goodwill.

Water woes
Using less water also helps. Check all faucets, pipes and toilets for leaks. Install water-saving showerheads and ultra-low-flush toilets. Reduce the thermostat setting on the geyser, because when you use less hot water, you’ll also see savings in your electric bill. 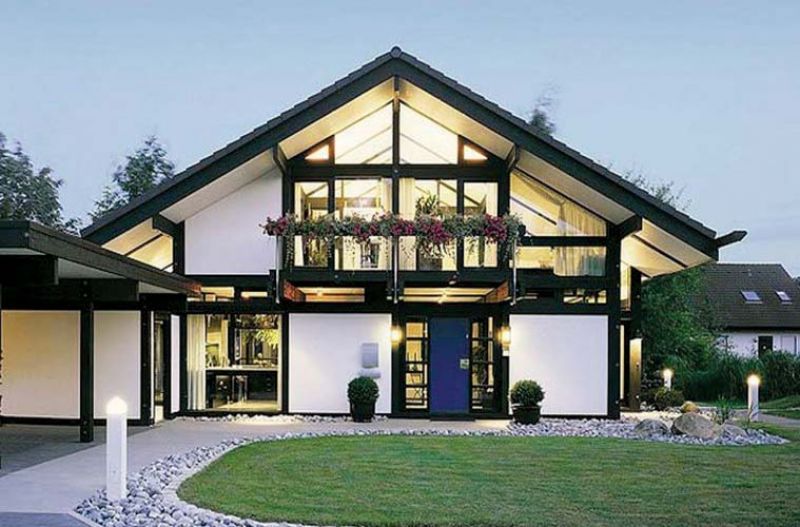 The roof can go a long way in ventilating a home.

The aircon-nundrum
The air-conditioner is the biggest power guzzler among household appliances. If you are planning to buy one, a BEE-rated split AC is a good option and makes more fiscal sense. Smart ACs with a built-in inverter, though a tad more expensive, consume much less power too. Keep the AC unit in a cool or covered place, as an exposed AC supposedly uses 10 per cent more power than one in the shade. Set it to a comfortable temperature, rather than at Arctic levels, so it’s not working overtime trying to keep the room fridge-like!

Fridge magnet!
The other big contributor to energy usage in a home is the refrigerator, which accounts for about 15 per cent of a household’s total power consumption. You can make your fridge more power efficient by placing it at least two inches away from the wall, to allow air circulation around it. Do not expose it to direct sunlight, or other heat sources like ovens or driers. Set the thermostat to medium cooling, and keep food covered so that moisture doesn’t collect. Stuffing your fridge full so there’s not enough space for air to circulate inside, also reduces the efficiency of the unit. Big fridges and ones with features like instant ice maker use more energy, as do bottom-mounted freezers. Replacing an old refrigerator with a new BEE-rated one can save lots per year on power bills.

Fans too, have a huge impact on power bills. Old and inexpensive models, as with all appliances, can use lots of electricity, so replacing them with newer technologies now easily available, makes huge economic sense in the long run. Studies show that an eight-year-old fan at full speed consumes as much as twice the watts as a super energy-efficient BEE-rated fan.

Don’t be idle
While smart homes are the future, they do come at a price. Idle loads from your cable box, TV, computers, smartphones, and all plugged-in appliances cost the average household nearly 2 per cent of it’s power bill. It’s not enough to just switch off a device. If you don’t turn off the main switch the device is connected to, you will continue to pay for the standby power. According to studies, a DVD player’s standby power consumption is around 7.54 W, and a set-top box’s 17.8 W. If you don’t relish turning each appliance off individually, you can plug televisions, stereos, microwaves and similar electronic devices into power strips that can be switched off easily when devices aren’t in use.

House it right
Good house and window orientation increases the energy efficiency of a home, making it more comfortable to live in, and is cheaper to run. The most important aspect to consider is the direction your house and windows face and their solar access. The ideal house orientation is one that runs along an East-West axis so that wall areas receiving hot morning and afternoon sun are minimised. This choice is possible if you live in an independent home, but not so much in an apartment, most of which tout views as their USPs rather than energy consciousness.

Double glazed windows reduce the heat transfer inside the building and thus reduce the energy consumed by the AC. There are also triple glazed windows available these days, which are, even more energy efficient. Blinds and drapes diffuse light and cut glare and heat which is present in direct light. Automated blinds also change their direction depending on the time of the day and provide optimum light. Blinds or louvers are best in order to reflect the sun’s heat back out. Light-coloured woven or translucent shades are acceptable, but may not control glare under bright summer conditions.

Roofie right
As a more structural solution, painting the roof with reflective paint or laying white tiles can reduce the heat flow into the building from the roof. Cool roofs lead to reduced building heat-gain, as a white or reflective roof typically increases only 5–14 °C above ambient temperature during the day. This would then decrease the energy consumed by ACs.

It’s important to design your home for the entire year, not just one season. Also take into account the location of landscape features such as trees and walls and their impact on shading your home. Living roofs and green walls are another way to shade buildings from direct glare, though they’re still too new and infrequent for their energy-saving impact to be calculated.

The other problem during summers in India is the frequent power cuts that we’re subjected to, reasons for which have a story by itself, but which we subvert using generators and inverters. Inverters are the more efficient, compared to generators, and only consume DC power in direct relation to the amount of power they put out. Another major benefit is that they are virtually silent, and obviously greener and less polluting.

Lower electricity consumption means a greener planet, and hence more resources left available for our kids, which is why we need to think about all the more. I’m hoping to implement some of these solutions before the weather turns, and I hope you can too.

—The writer is passionate about art and design, and wants to leave behind a beautiful planet for children. She runs her own interiors firm and is an alumni of National School of Design.