A study by Research And Markets in Dublin has shown that India’s pet care market is expected to grow more than 20 per cent from 2017-18 to 2021-22, owing to “the change in lifestyle, the rise in disposable income, and the growing pet humanisation”, coupled with the fact that pets are seen as an emotional stimulant nowadays. And according to kennel and pet grooming parlour owners, Hyderabad is at the centre of this growth.

Petex India, for instance, which happens to be India’s largest pet industry exhibition, and HyCan Dog Show, which is regarded among the best in the country, are held here. Additionally, the city was also the first in the country to set up an exclusive dog park in Gachibowli last year.

Philip Butt of Secunderabad’s Commando Kennels, which provides canine industrial security services and dog training and boarding services, explained other possible reasons for the development. He said, “While pets were mostly treated as status symbols until about five years ago, humans now share a more intimate relationship with their felines and canines. Various events and government support have together created a positive environment for keeping pets. The city has also become a hub for dog training in the country.” He added, “Most people these days are pet-friendly and a very few societies have unreasonable rules against keeping pets. Overall it is a flourishing industry and we are all feeding off each other and growing.” 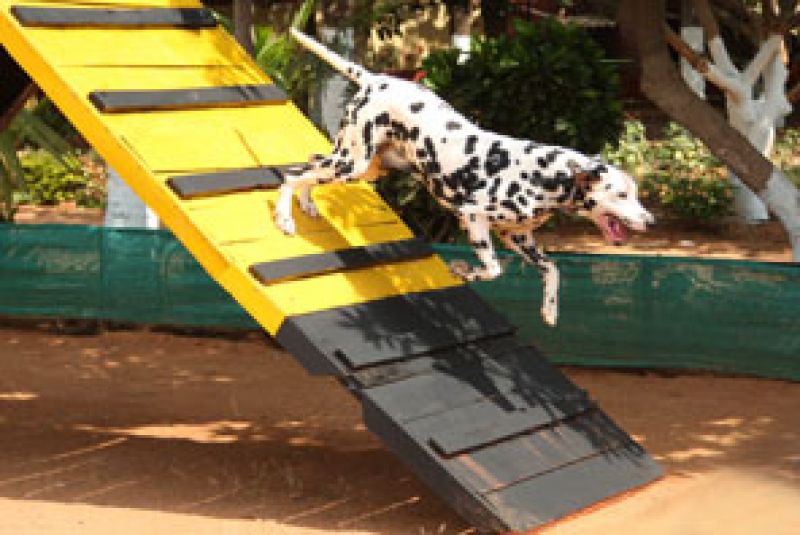 J. Anand’s seven-year-old Happy Dogs Kennel in Rajendra Nagar also reflected the trend. According to him, “There is much more awareness about pets today unlike when I was growing up and warned against playing with animals. People are more educated and aware now. I know a man who spent more than `10 lakh on a six-month-old puppy who was suffering from cancer instead of opting for euthanasia or a new pup. This is what animals mean to people today.”

Inspired by the remarkable evolution in the mindset of the people towards their pets, Anand is all set to inaugurate a new branch of the kennel next month with state-of-the-art facilities that include a swimming pool, an AC section, and 24/7 live access for customers to watch over their animals remotely.

Apart from training and boarding, dog grooming parlours have become a massive hit too. Nails n Tails in Banjara Hills, for example, happens to be one of the oldest pet parlours in the city and is run by siblings Fasiha Muskaan and Abrar Ahmed. Muskaan (26), who has groomed pets of celebrities like Mahesh Babu, Baba Sehgal, and Sania Mirza, said, “I have seen people spend more than `15,000 every week on their pets. Even celebrities these days prioritise their pets’ care over everything else. This is a huge shift in attitude that has taken place. Five years ago, people weren’t as involved.”