The key to lasting love

The heady days of love in a new marriage eventually gives way to a more mature, solid partnership based on mutual respect and companionship. So, what does it take to make a relationship work over time? Celebrities give their personal take on what is required for love and happiness to last in the long haul. Love is in the air today, and these celebrities are proof of that. While some of them are spending Valentine’s Day with their significant ones, others are kicking it with their kids and family. Here’s a look at their love stories and their view on love.

‘Trust and belief seal the bond’
It’s easy to fall in love, but it’s a lot harder to sustain love. Marriage is not just about love. It is more than that. It is about commitment, giving, taking and understanding. Over a time, kids have made our relationship stronger. Every relationship has its lows and highs but how you deal with it is important. There is nothing wrong with argument, but if I am wrong I always say sorry and same with Mahesh,” says Namrata Shirodkar. 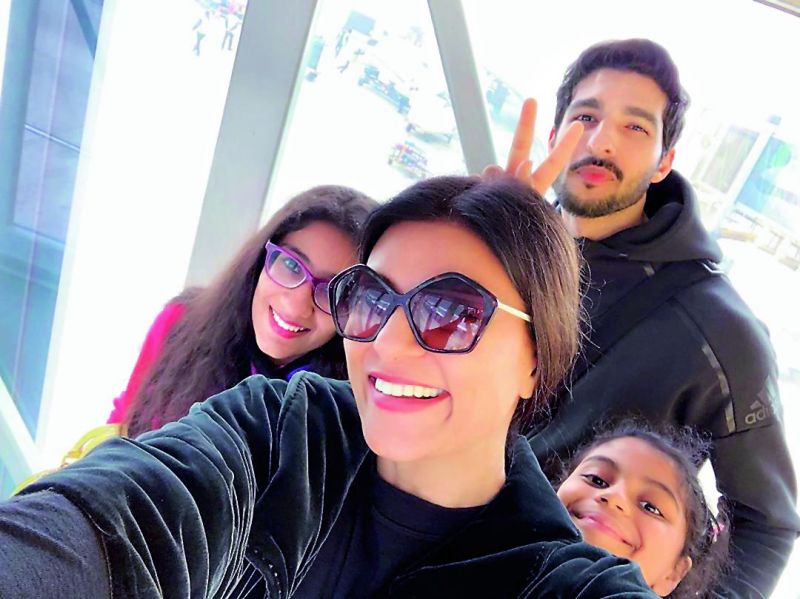 ‘I have so many valentines’
Sushmita Sen who has been painting the town red with her beau Rohman Shawl believes that love shouldn’t be restricted to a single day. “I have a life filled with so much love and so many valentines. I have Alisah, Renne, Rohman, so I have a very busy life. I think love should be a part of every day of your life,”  says Sushmita Sen. 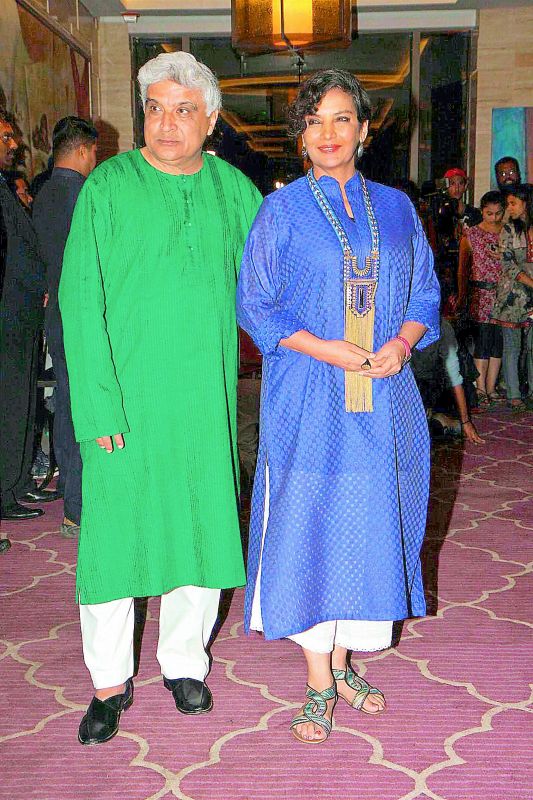 ‘Friendship and a shared world view are the key’
Our relationship is based on friendship and the same world view. There is a magic code between us in the middle of what threatens to become a nasty fight, one of us will say ‘drop it’ and over years of practice, we are able to do so immediately. When tempers have settled down, we thrash it out. In rage, one can end up saying things that one doesn’t even mean and it can leave deep wounds. Also, the idea of giving gifts on prescribed days like birthdays, anniversaries and Valentine’s Day bores me to tears. The only thing I enjoy receiving are
beautiful sweet scented flowers with long stems when I’m least expecting them!” says Shabana Azmi. 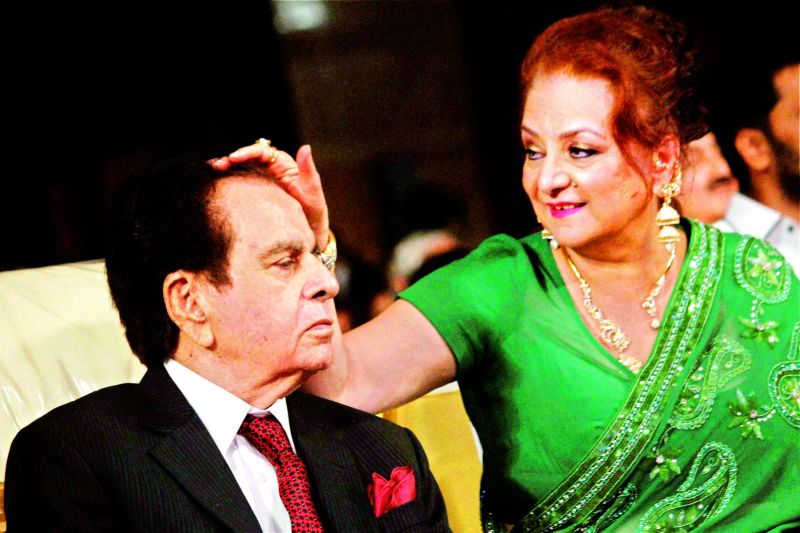 Love is ageless: Saira Banu
Saira Banu was only 16 when she fell in love with her screen idol Dilip Kumar. The couple who have been together for five decades have seen many ups and downs and many detractors believed that the age gap between the couple would not make their marriage a success. They have always stayed by each other’s side through the years. “The new generation doesn’t have the patience anymore. The kids are getting things easy and it’s the age of rush and they tend to give up easily. Marriage is different and I have been blessed to have someone like Dilip saab, he is a giver and he has gone out of his way for love,” says Saira adding that their love is still alive as they are never bored of each other. “We are still discovering each other and that’s the beauty of life. As life unfolds, we are only getting closer to each other.” But like every partnership, there have seen troubled times too. “I won’t just put up a rosy picture of our marriage.  But we sailed through that bad phase and now we are happy again. That’s what I tell to the young couples. Give everything time,” she advises as she reveals her plan for today. “Our plan is around sunset, we will go on a long drive because that’s his favourite time. He usually takes a drive just before the sunset and we love to carry some snacks in our car and have ice cream on the way. Sunsets have always been special for both of us.” 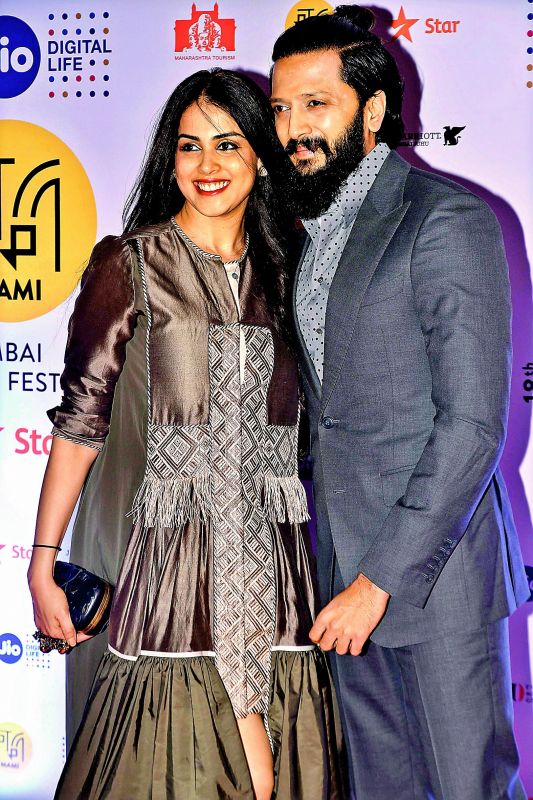 Love is a celebration: Riteish Deshmukh
They met on the sets of their debut film Tujhe Meri Kasam in 2002. What started as friendship slowly graduated into love and after a ten-year courtship, the couple tied the knot in 2012. Speaking about their journey so far, Riteish says, “I never plan anything for Valentine’s Day because I just believe in going with the flow. I have been married for seven years and dated another 10 years so we have been together for 17 years. So in all these years, your relationship does go through a big change. You realise you need to adjust so you grow with each other and you grow together. So many times, you take your relationship for granted and don’t appreciate the fact that they do have some good qualities in them. So, in days like Valentine’s Day, it’s okay to be out there on Instagram and share your love with that person,” he says. 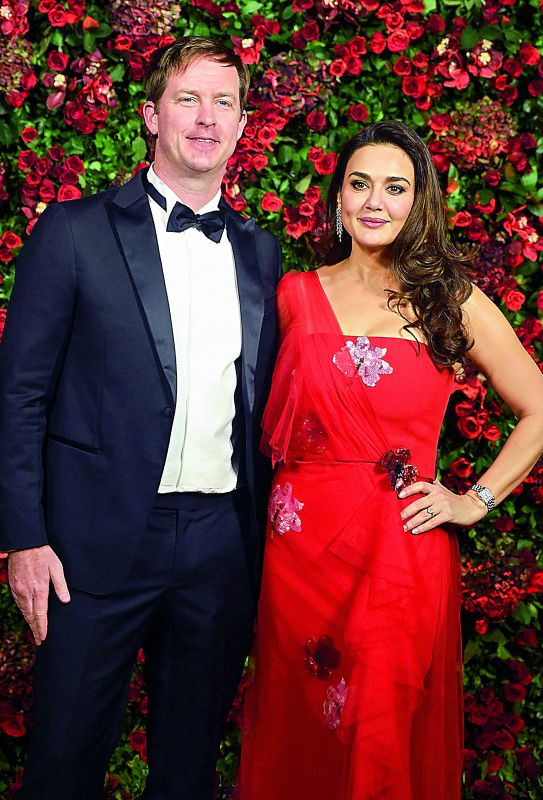 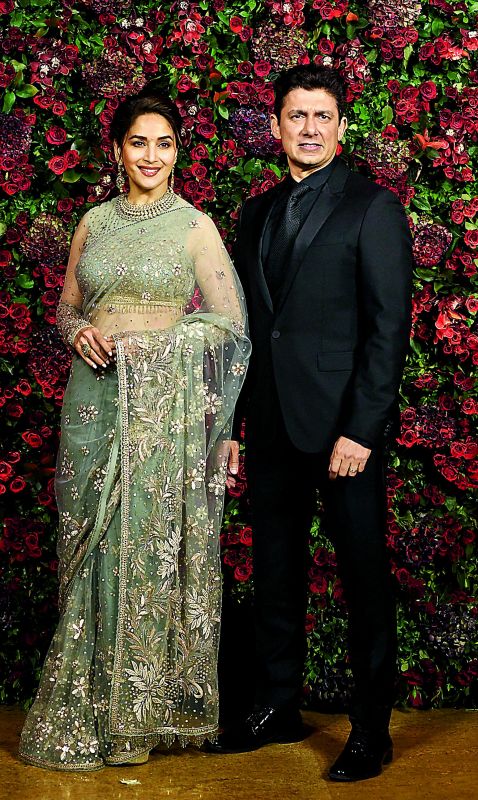 When love is a great partnership: Madhuri Dixit, Sonam Kapoor
Madhuri Dixit, broke many hearts when she married Sriram Nene. The talented actress was the ruling Queen of Bollywood at the time of her marriage and surprised everyone with this sudden announcement. Two decades later, her love story is still going strong. She says, “For me, love is all about standing by each other, especially during tough times. My husband has been a huge support and has always given me the space to pursue whatever I wanted. He has been my pillar of support so we have had a great partnership. Being a surgeon he believes life is too short and you should enjoy every moment. That’s what we try and do.” Sonam Kapoor seconds this and adds that life hasn’t changed much after marriage, thanks to her supportive husband Anand. “I am actually shooting for Zoya Factor on Valentine’s Day. It’s my first Valentine’s Day after my marriage and I am not with my husband, unfortunately. My life has not changed a bit after marriage because I also have a supportive husband like Anand.”

Give each other space: Khushboo
“Patience, perseverance, giving in without an ego, understanding and love form the foundation of marriage. Most importantly, there should be no nagging and each should give the other their space, which they desperately need,” says Khushboo.