Sky is the limit

Adam Harry is a resident of Thrissur district in Kerala who is recognised as India’s first transman to get a private pilot license. He was confused about his gender since childhood but never about his dream career - to become a pilot and fly airplanes crisscrossing the skies.

Adam completed his schooling and then joined an aviation academy attached to Lanseria International Airport in Johannesburg, South Africa. He explains, “At the age of 19, I was under house arrest for a year for saying that I was a man trapped in the body of a woman. My parents are orthodox; they even dragged me to counselling centres and so I had to run away from home to escape endless torture and mental breakdowns”. 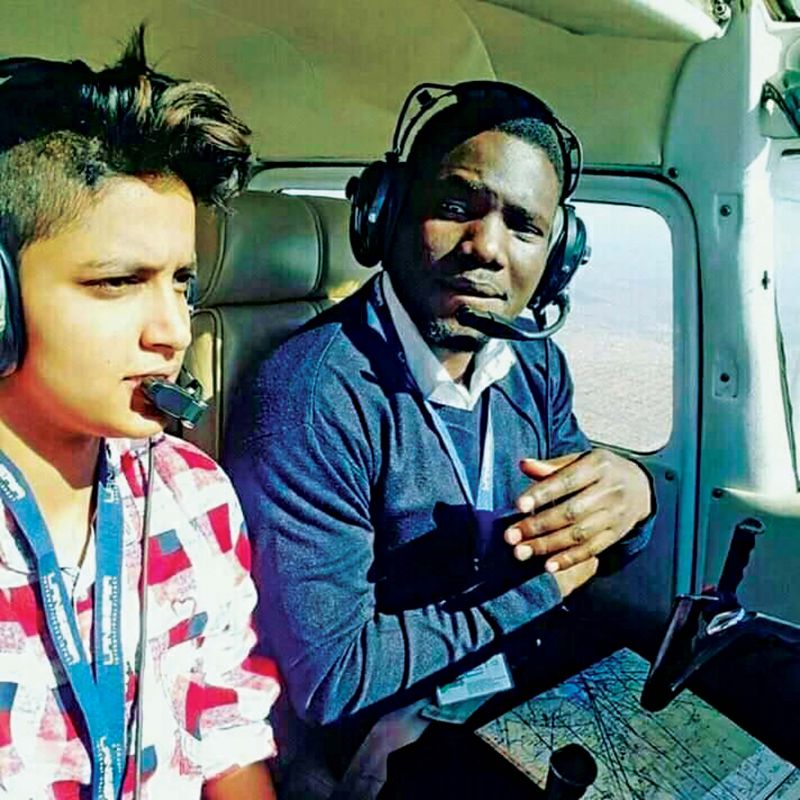 Initially his family supported him in joining the academy and to get an education loan for his foreign studies but then stopped all assistance after he continued to express his real gender. “Coming out of the closet is not an easy thing to do, especially in a country like India. Though I have starved on the streets, I survived by taking up jobs like a helper in a juice stall. Despite the odds, my passion remained undaunted and I still have a hope that one day my family will accept me”, says, Adam.

Things have been changing of late as more members of the LGBTQIA+ community are getting the respect they deserve but not all are lucky. After his own family disowned him, the LGBTQIA+ family not just accepted him but also helped him to achieve his dream of becoming a pilot.

Now, at the age of 20, his dream is set to be a reality as the Kerala government has sanctioned over Rs 23.34 lakh to help him pursue further studies at Rajiv Gandhi Academy for Aviation Technology in Kerala which will also fulfil his dream of becoming the first commercial pilot in the country who is a transman.

“I always dreamed of becoming a fighter pilot but I don’t think that it’s possible in India because they don’t accept in defence and for now my future plans are to work in an airline. I am also really grateful to the government for the helping hand. Otherwise, my dream will never have become a reality”, added Adam who is still hoping that one day his family will accept him for who he is, soon.